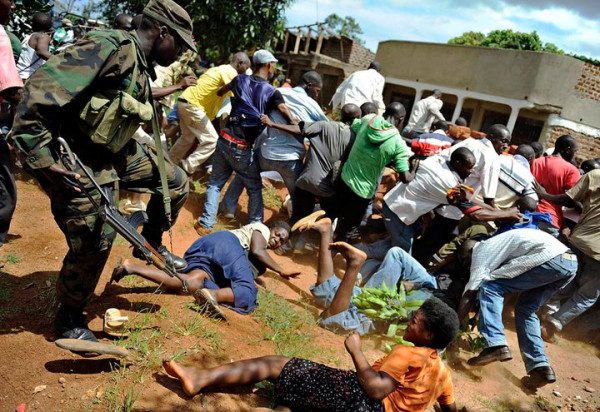 It doesn’t look as though Uganda is going to “hang the gays,” at least not for the moment; the Anti-Homosexuality Bill has been set aside without a vote once again. But they may hang some pro-democracy activists for organizing peaceful protests against Uganda’s soaring food and fuel prices. On May 20, Radio Netherlands reported that four “alleged masterminds” of the nonviolent Walk to Work protests had been arrested and charged with terrorism and that they could be sentenced to death.

Uganda’s Anti-Homosexuality Bill came to be known as the “Hang the Gays” bill because it proposed the death penalty and Uganda’s method of execution is hanging.

The USA continues to be donor No. 1 to Uganda, and Uganda, under President Yoweri Museveni, continues to be one of the USA’s key military partners on the African continent despite the October 2010 Mapping Report documenting its army’s war crimes, crimes against humanity and genocidal civilian massacres in the Democratic Republic of Congo.

During the second week of May, Uganda’s government newspaper, The New Vision, reported that AFRICOM Commander Carter F. Ham spent two days in Kampala, Uganda, to discuss “regional security issues such as the situation in Somalia, Libya, South Sudan and Congo,” with no mention of Uganda’s own month long, ongoing protests against soaring food and fuel prices and its mass arrests. 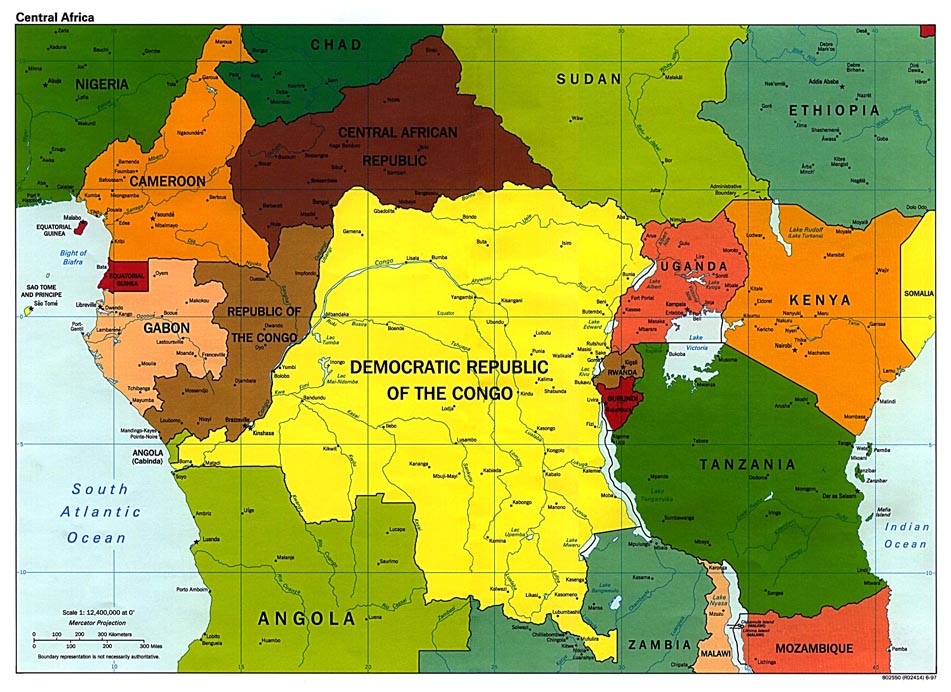 Uganda, a longstanding U.S. military partner and ally in the U.S. “War on Terror,” has charged peaceful demonstrators against food and fuel prices with terrorism and could even sentence them to death.

KPFA Weekend News Anchor Cameron Jones: Ugandans have taken the place of thousands of U.S. troops in Iraq, and both Ugandans and Burundians are helping the U.S. fight its so-called “War on Terror” by defending the fragile U.S.-backed government in Somalia. Ugandan activists and Human Rights Watch say that Ugandan President Yoweri Museveni also uses the War on Terror to terrorize his own people, four of whom have been charged with terrorism for organizing peaceful protests. KPFA’s Ann Garrison has more:

KPFA/Ann Garrison: Ugandan President Yoweri Museveni has been a key U.S. military partner since 1986 and a partner in the U.S. War on Terror. CBS News reported on the U.S. recruitment of Ugandans to fight the War on Terror in their “Eye to Eye, Ugandan Allies” report in May 2008:

Allen Pizzey: I’m Allen Pizzey, CBS News. In Uganda, in Central Africa, a small group of American soldiers is helping to train Ugandan troops to be America’s allies in the War on Terror. One of those soldiers is Sgt. Daniel LeGear.

Daniel LeGear: Everybody concentrates a lot on Iraq and Afghanistan. If you don’t open up your eyes to the rest of the world, and look at what could possibly happen if we don’t come here, if we don’t help out our allies in these areas, it could turn into another Iraq or Afghanistan. If we help this country to stabilize now, we teach them how to combat extremism and terrorism now, we won’t have to worry about a further escalation or problem in the future. 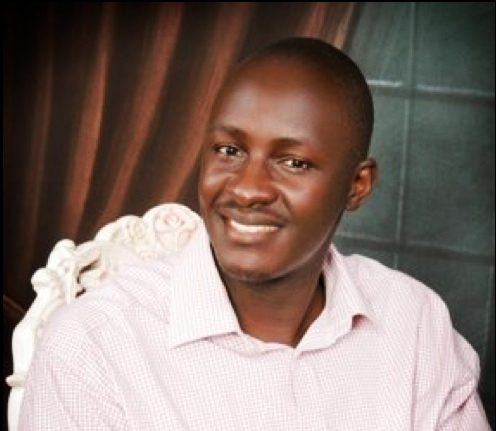 Charles Makmot: The War on Terror, locally, in some cases has been used as an opportunity to arrest Ugandans and claim that they’re terrorists. Actually Kizza Besigye’s brother almost died in detention. He was released shortly before his death and they tried everything they could to save him, but he died.

KPFA: Makmot says that many Ugandans have been arrested and confined in Ugandan prisons for years without being charged and that Activists for Change are working both for their release and to keep the same from happening to upwards of 1,000 people arrested during Uganda’s ongoing protests against soaring food and fuel prices, which began on April 11.

Charles Makmot: So many people are being held incommunicado for so many years now. We want to help people who have been arrested, who are in jail.

KPFA: I just want to make sure I understand this. I believe you said there are a lot of people who have been in prison for many years without charge?

KPFA: And you’re going to start a campaign about that.

Charles Makmot: Yes. And we are actually in the process of documenting their names and any other particulars about them. We are requesting friends, relatives to come out with these names.

KPFA: On May 20, Radio Netherlands reported that four alleged masterminds of the Walk to Work street protests have been charged with terrorism and that they could be sentenced to the death penalty. Human Rights Watch expressed their concern about the use of terrorism charges against peaceful demonstrators by Ugandan authorities.