We’re moving toward the sesquicentennial of Juneteenth. It’s only four years until Juneteenth’s 150th anniversary! A lot has happened since June 19, 1865.

Congratulations to the lucky winners of the Antedate-Sesquicentennial of Juneteenth and Black Independence Quiz! We thank all of you who participated. We noticed the majority of the participants were mature adults – 80 percent were 45-94 years old – and they did well. We’re so impressed with the response, the notes and letters we received, we’re tentatively planning on presenting a Black History Month Quiz in January and February 2012. 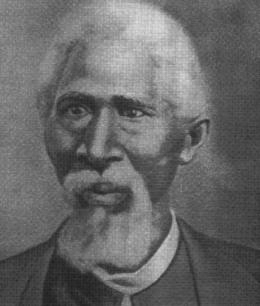 I can think of no better way or place to celebrate the 146th anniversary of Juneteenth (Black Independence), than with family, loved ones, friends etc. in an exciting world class location like Downtown Las Vegas and the world renowned Fremont Street Experience at the vintage and Black-owned Fitzgerald’s Casino-Hotel. Join us for two days of indoor and outdoor fun, Friday-Saturday, June 17-18, 2011, with live entertainment, dancing, food and an entertaining mixture of musical theater, edutainment and variety!

As we pay tribute to the legends and pioneers of Juneteenth, like early Juneteenth pioneer Rev. Jack Yates (John Henry Yates), we give a special salute and on-stage re-creation of one of the early Juneteenth celebrations, then called “Freedom Day Celebrations,” by ex-slaves in a nightclub. This fictional re-creation, based on historical facts, will include dances like the cakewalk and buck dancing and a thank you speech by Rev. Jack Yates for the many donations made to purchase a lot to build a park as home for future Juneteenth celebrations.

These ex-slaves raised enough money to buy the lot, then worked together and built the park, naming it Emancipation Park, which is still standing today in Houston, Texas, in the Third Ward on Dowling Street. On Juneteenth 2009 it became a Texas Historical Landmark.

Rev. John Henry “Jack” Yates was a phenomenal man! He was truly a great leader and role model for Blacks everywhere and he accomplished much more than mentioned in this article. This man did so much for the Black race, more than 10 books would have to be written about him to cover his life and his many, many accomplishments!

He purchased his freedom twice from slavery. When Harriet’s – his wife’s – master moved to Texas, Yates, unable to bear the thought of being separated from his family, volunteered to become a slave again, later purchasing his freedom for a second time and the freedom of his wife and children. He was a fisherman, husband, father, grandfather, visionary, minister, educator, community advocate and leader, humanitarian and truly the backbone and driving force of the Texas Black community. He put the ball in motion for people like Booker T. Washington, WEB Du Bois, Dr. Carter G. Woodson, Marcus Garvey, Martin L. King, Malcolm X and others.

In 1926, Jack Yates High School was built in Houston and named in his honor and is still standing today. He is one of the founding fathers of Freedmen’s Town, a thriving Black community and an asset to the city of Houston. He and his church purchased Emancipation Park in 1871, for Juneteenth (Freedom Day) celebrations. In 1872 Houston’s first official June 19th celebration was held in Emancipation Park.

Rev. Yates organized Houston Academy, forerunner to Texas Southern University, in 1885 as a school for Blacks. He even paid the tuition for some of the students to attend the school.

This year’s Juneteenth is filled with excitement, fun, music, comedy, historical edutainment, violence awareness and dancing, covering periods from 1865 to the present. 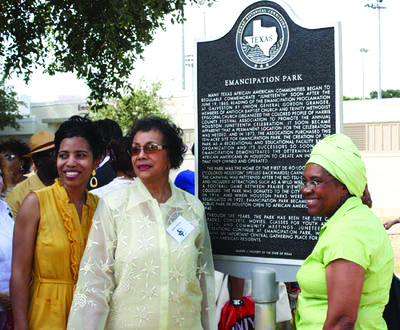 The recipients of the Ronald D. Blackburn’s Talented 10th Endowments and Awards for their educational and career achievements are President Barack Obama and family for making political and social history, Ms. Alizia Latimore, who recently graduated from Barnard College in New York and is continuing her education at San Francisco State University, Dr. Michael Shlipak, M.D., for dedicated service and care to the veterans at San Francisco’s VA Medical Center, Mr. Seth Steward, an attorney serving the people of San Francisco as assistant district attorney, and St. Anthony Foundation for feeding the needy, hungry etc. three meals daily in San Francisco.

For tickets to the June 18 and 19 Juneteenth celebrations, contact DeVoine Entertainment at (415) 292-5157 or devoine@prodigy.net.