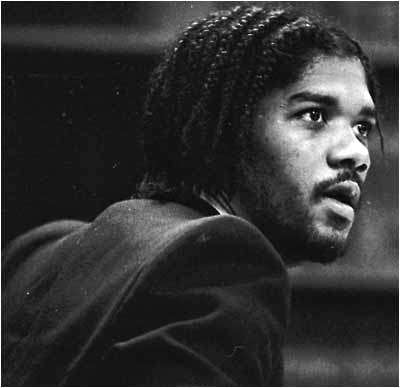 Kevin Cooper has been locked down on death row in San Quentin for the past 26 years. He was convicted of the 1983 murder of the Ryen family, although no reliable evidence showed him to be guilty. On the contrary, the facts of the case as laid out by the Ninth Circuit Court in 2009, contain overwhelming evidence suggesting that he is in fact an innocent man:

• The only eye witness to the killings, Josh Ryen – the 8-year-old son of the family – described the attackers as three white men. Ryen’s statement was later altered, making it consistent with the prosecution’s contention that Cooper was responsible for the murder.

• Evidence was brought from a woman who told the police that her boyfriend – a white supremacist gang member and convicted murderer – came to her house on the night of the murder covered in blood. The sheriff discarded the overalls without testing the blood stains.

• The prosecution acquired another piece of evidence a few days later – a blue shirt with blood on the collar – but failed to disclose it into evidence.

• A second bloody shirt, with Cooper’s blood on it, was found to have high levels of the EDTA preservative, signaling that the blood may have been planted onto the shirt.

• Daniel Gregonis, a police criminologist working on the case, tested a blood sample from the scene that was found to be inconsistent with Cooper’s blood. His lab results were subsequently altered.

Kevin Cooper was nevertheless denied an appeal, to the dissent of five judges, and remains on death row.

The right to a fair trial in the State of California is a right no longer. Help us fight for Kevin’s constitutional right: Download and sign the petition addressed to U.S. Attorney General Eric Holder, demanding an appeal.

Natasha: What do you feel is the role of the public in achieving justice for your case?

Kevin: Well, it’s not the public, but organizations that are working against the death penalty that have been a help in fighting and in including society as a whole in the fight. These organizations have publicized the case in different newspapers as well as the cases of other prisoners such as Mumia.

Natasha: Activist John Sinclair was released from prison amid pressure from the community led by John Lennon. Do you feel that there has been a change in social involvement for political justice since this period? Why do you think that is and how do you think we could get back to that?

Kevin: Education is a way to get back to it. Now, there are so many distractions. So many people are caught up in their own struggles in trying to find a job, trying to pay the bills, trying to raise their kids. They don’t have the time to think about or take on a crime against humanity. People need to start taking the time to educate themselves about what is going on again. 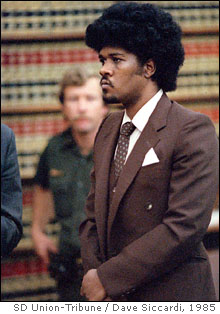 Having said that, when people do become aware of what’s happening, they sometimes will decide to do something about it. All is not lost.

Natasha: Many would say that there is genocide of Black people in U.S. prisons. Do you agree with that?

Kevin: As far as genocide, it is true: There is a system of genocide in our prisons. We live in a capitalist society where the prison systems are based on the plantation systems. You can go back to Abraham Lincoln’s Emancipation Proclamation which states “that all persons held as slaves within the rebellious states are, and henceforward shall be free,” but it is clear that, even to this day in the 21st century, 200-and-something years later, I am considered a slave and so is everyone else locked up in prison.

Slaves working on the plantations were about money and the slaves today in prison are also about money! The prisons don’t care who is locked up or why as long as their business is going well.

They take young Black men – and women – and put them in prison for long period of time which means that less Black babies are being born. All of that is genocide! It is stopping us from reproducing. And for the ones still out there on the streets, they killin’ them like Oscar Grant.

Natasha: Why do you think this message is falling on deaf ears, with nothing being done to reverse this cruelty?

Kevin: People are getting paid to keep us in here. There is plenty of money in it, there’s plenty of overtime too! That is why nobody is saying nothing, ‘cause everybody is getting paid.

Natasha: Has your attitude towards racial profiling in America’s prison system changed since your incarceration?

Kevin: No. Well, I was always aware of it but I have become more aware since being incarcerated. It gets magnified when you are in a place like this or in a criminal justice institution of any sort.

Natasha: What have been your coping mechanisms that have allowed you to continue to have hope in achieving justice for your case? 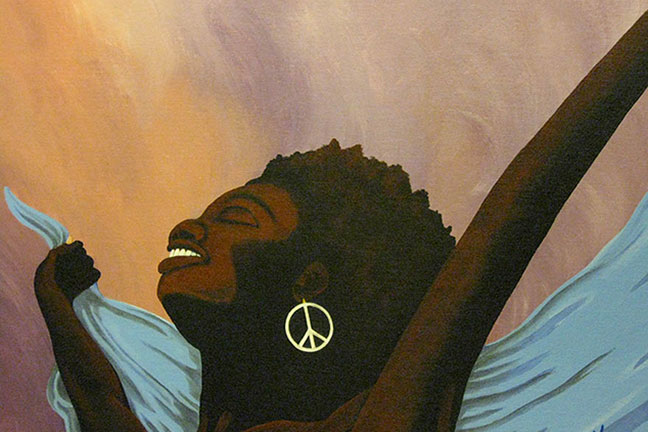 Natasha: Is there any type of educational material in particular that you have found to help in your time being locked up?

Kevin: History. Especially African American history. Through the history books I read, I find answers in how I can fight the system, because all the generations that have gone before me have fought the same system. The individual people may have changed, but the system itself has not. Times haven’t changed and this system of oppression has definitely been in this country too long. It is the same system that the people originally brought to the country with them. The people getting executed back then are the same people who are getting executed now: Black, Asian, Latino and white members of the oppressed class. And it is the same people who are doing the executions: rich and elitist members of the upper middle class.

Natasha: How did it feel that day in 2004, when you were waiting to be sent to your execution?

So now, I don’t like to eat prison food. I try not to eat it, I give it away. Some people confuse this as being bourgie. I got accused by another Black prisoner as being bourgie. But it is just that my eyes have been opened to a lot of these things and I’m not satisfied; these people literally tried to kill me!

I have a different outlook on this than a lot of guys. I had to learn to have faith and to believe, more so, in God on a spiritual level, ‘cause my faith in general was at an all time low at that time.

Something else happened that day, when they had me standing butt naked on that cold floor, I experienced déjà vu. I had read so many history books about what happened to my ancestors who had their bodies examined from their top of the heads to their feet, before being sold on to a plantation. I experienced the same thing! Times ain’t changed! I’m not being sent to the plantation, but instead, it’s the execution chamber.

Since that day, I ain’t scared to speak the truth. I mean, I wasn’t before, but I’m especially not now. The experience didn’t necessarily make me any braver, but it made me freer. When people want to kill you, it frees you from your fear. I used to be scared to speak out, ‘cause I was worried about what they gonna do to you when you speak out. But now I don’t care and nothing will stop me from saying what I have to say.

Natasha: Is there a general attitude towards people advocating their innocence in prison by either the wardens or other prisoners?

Kevin: You have people such as myself fighting for our lives and it’s our constitutional right to fight and to speak about whatever we want to speak about. But there are some people, both officials and inmates, who resent that for whatever reason it is. They try to make it harder for you, but if you’re determined to speak the truth, then they can’t stop you. Nothing can stop you.

Natasha: Is there anything particularly that you want to tell people about your case?

Natasha: What do you think needs to happen now to get enough attention on your case and pressure on the court system, to have your case revisited?

Kevin: I don’t know. All I can do is keep giving the evidence and hope people will accept the truth. Every time we turn around, we are coming up with new evidence and eventually we gon’ put it on the table. People need to know that the system is not what it claims to be, they do what they wanna do and they do it to who they wanna do it to. That’s just the way it is.

Natasha: Do you have a message for the California SHU hunger strikers?

Kevin: I’m in solidarity with this hunger strike. I have complete support for what you guys are doin’ and I understand why you’re doin’ it. Everybody has to truly understand what they goin’ through, respect their fight and support them. I supported the prisoners in Georgia ‘cause of the mistreatment that happened to them. 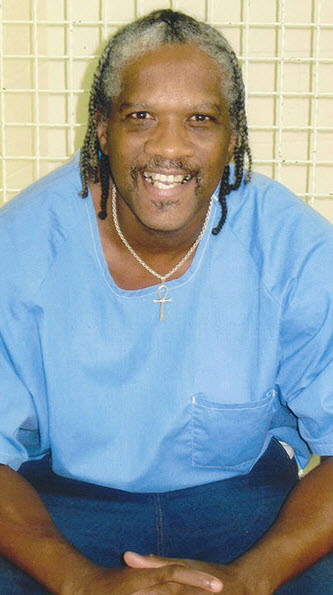 But there’s an even bigger picture going on right now. All over, different people from different lands don’t eat the same food, they don’t dress the same, they don’t speak same the language. And the hunger strike prisoners are speaking to them in a universal language that everyone can understand. They are telling the oppressor to get off their back. They are saying that they are tired of being oppressed. They are asking, “Who are you to oppress us?”

People are fighting to make better lives from themselves all over the world. Here in America, it should be easy since they say we have a “constitutional right.” And this isn’t just about civil rights, this is about human rights, and if you don’t have your basic human rights, how can you have any other type of right?

We have the right as human beings not to be oppressed by other people. In 1977, Steve Biko said: “The most powerful weapon in the hands of the oppressor is the mind of the oppressed.” People don’t have their minds any more, and their will is there to try and get their minds back.

The California hunger strikers are asking, “Who are you to oppress us?”

I’m behind the strike. If that comes back to haunt me somewhere down the line in the criminal justice system, so be it. I’m not scared and I’m gon’ speak my mind.

Natasha Reid is a writer from Scotland. She holds an honors law degree, though her real passion lies in journalism and political awareness. You can contact Natasha at tash.reid7@gmail.com.