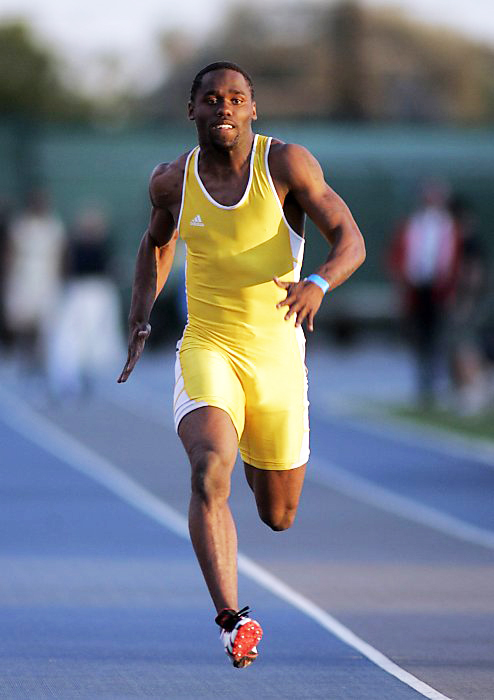 David Anthony Henderson was remembered as a loving young man who loved life, football and his family.

May 26, he was shot three times in the back on the 1400 block of Kirkwood Avenue with one of the bullets severing his spinal cord, paralyzing him from the neck down.

He lived until June 6, when he passed after being taking off of life support. No arrests have been made, and at this time the police do not have a description of the killer.

The 21-year-old Henderson was born in San Francisco on March 5, 1990, to parents Quenzena Bell and Anthony Henderson. The second of three children, he was raised in Bayview Hunters Point.

He was baptized at Flower Hill Baptist Church and attended George Washington Carver Elementary School, where he showed brilliance in track and field. From there, his athletic prowess grew as a student at James Lick Middle School, where he began to play Pop Warner Football for the Bayview-based San Francisco Brown Bombers.

Henderson would go on to be one of the top running backs in the state of California as he helped lead Abraham Lincoln High School to three straight San Francisco Public School championships before graduating in 2008. He holds the San Francisco section record for career yards rushing at 5,596 and touchdowns with 67 yards rushing in a single game and single season touchdowns.

“His first carry on varsity as a player was a 45-yard touchdown run,” said his former Lincoln football coach, Phil Ferrigno, at the funeral. “David lived life to the fullest and he showed compassion, love and caring for all the people who came into his life.”

Henderson also made it to the state finals in track and field in the 100 meter race during his senior year in high school. He had numerous football scholarship offers from schools throughout the country, but he struggled early in high school academically so he ended up attending San Francisco City College. 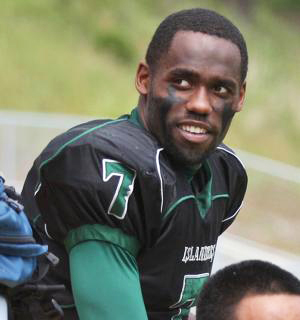 At CCSF Henderson continued his athletic dominance playing running back. City College head football coach George Rush, who has been coaching at CCSF since 1972, called Henderson “one of the city’s best athletes ever.”

Henderson played at City College for two years before transferring to the University of West Georgia. After one year, he came back to San Francisco to play semi-pro football for the semi-professional Pacifica Islanders. Professional teams from the Arena Football league and even the NFL had inquired about him coming out for a try-out.

At his funeral, over 500 people poured into the San Francisco Christian Center, including several members of the 2008 San Francisco football champions, for the two-hour funeral.

A video montage showed Henderson’s bright smile that lit up the room as well as his impact on San Francisco High School football, reading, “Men are born, champions are made, and legends never die,” which Henderson was.