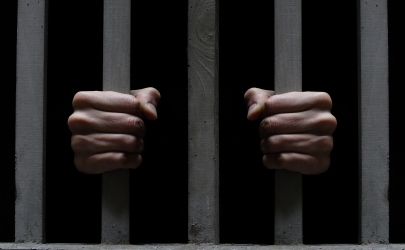 In a letter to the Bay View, SHU prisoner Mutope Duguma (s/n James D. Crawford), who wrote “The Call,” published in the Bay View online and in print in June, sheds light on the background leading to the hunger strike at Pelican Bay State Penitentiary that is set to begin July 1.

First and foremost, let me say that it is New Afrikans (Blacks) like yourselves who represent our new Afrikan nation (NAN) with compassion and dedication that is a reflection of the unconditional love and respect that our ancestors demonstrated during their enslavement by our historical enemies (HEs) who unfortunately see us (New Afrikans) as an obsolete people.

This is why our HEs’ very politics is designed and structured to exclude us as a people from their economic system that forces many of our people to be dependent on the very same system that enslaved our ancestors. …

There are New Afrikans throughout this nation who believe in a new Afrikan ideology that can liberate our people from the malignant American socio-culture, politics and economic system. They have the solutions to our problems. Rather than keeping them in back alleys and prisons, we need to listen and begin to put these theories and concrete solutions into effect.

So why? Because they are well studied and their political beliefs will undoubtedly liberate every New Afrikan in this nation from mental and physical slavery. Many of these New Afrikans can easily rid themselves of having to endure the suffering by denouncing their political beliefs, but throughout this nation they remain steadfast, refusing to be coerced away from their agenda of dealing with the New Afrikan struggle for liberation. If we cannot be brave enough to associate with these New Afrikans who are willing to sacrifice their lives in the name of our people, then we have a serious problem.

I personally believe that the lack of education is our most trying problem. We all should know that our historical enemies are not and will not educate our New Afrikan people. That is the responsibility of our New Afrikan Nation. This is how you rid our communities of the many street vices and pathologies that plague our communities and that have New Afrikan people preying on one another while being labeled terrorists, gang members, druggies, criminals etc.

New Afrikan people in this nation can be labeled by our historical enemies (HEs), and our people buy into it without investigating in order to get the facts. Hell, I was once an ignorant, impoverished young man living in the Watts Nickerson Gardens Housing Projects. I couldn’t read or write; I graduated from grade school with seven Fs. Not once did my environment of teachers attempt to educate me. My world became exactly that: my world.

But when I got to prison, it was New Afrikan prisoners who come from where I was from – poverty stricken environments throughout California – who civilized me by giving me a proper education of self and of the world.

But guess what? These same New Afrikans are the most hated throughout the state of California and many are “keep aways” from the New Afrikan population. This is what made me love what our HEs hate. I’ve come to love the Bay View for your relentless support of the New Afrikan community. And I want to thank you for keeping the hated voice heard.

[Duguma added the following notes at the end of the five core demands]:

There has been a protracted attack against Pelican Bay State Prison SHU prisoners for the last 22 years, where indeterminate SHU prisoners have been sentenced to a civil death by the California Department of Corrections and Rehabilitation. Our civil and human rights have been violated, a policy sanctioned by the judicial system, which allows CDCR PBSP gang officials to hold us in solitary confinement indefinitely on the word of a prison snitch.

It is this injustice that has led to the July 1, 2011, hunger strike. We want to bring light to the suffering SHU prisoners serving indeterminate sentences who have suffered for 22 years.