by Ann Garrison and Thomas Mountain 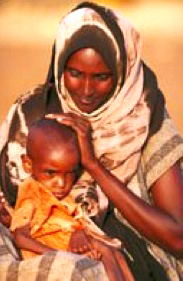 Ethiopian troops are in the oil rich, contested Sudanese Abyei region in accordance with a new U.N. Security Council resolution invoking sovereign nations’ “responsibility to protect” vulnerable populations from genocide and mass atrocities if their own governments aren’t protecting them. But human rights investigators say that the Security Council is ignoring Ethiopia’s own genocide in the Ogaden Basin, and that the West is funding it.

KPFA Weekend News Anchor David Landau: In Africa, with South Sudan’s independence from the northern government of Omar al-Bashir only five days away [July 9], the division of oil revenues, demarcation of new borders and the future of the disputed, oil rich Abyei region remain unresolved.

The U.S. has dispatched Ethiopian troops with the approval of a U.N. Security Council resolution “authorizing the use of force to protect civilians and humanitarian workers in Abyei.” But veteran African journalists say the Ethiopian troops are actually protecting U.S. and allied oil interests. The same journalists join Human Rights Watch and other human rights organizations in saying that the U.S. and the Security Council are tolerating an ongoing genocide in Ethiopia’s own Ogaden Basin. KPFA’s Ann Garrison has more.

KPFA/Ann Garrison: Thomas Mountain of Eritrea is a Counterpunch, Global Research, Foreign Policy and AfrobeatRadio contributor and is one of the only independent reporters in the Horn of Africa. He says that Ethiopian dictator Meles Zenawi’s troops in Sudan are in fact U.S. and allied enforcers: 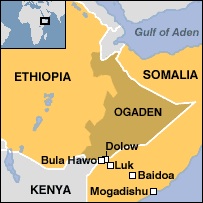 Thomas Mountain: Ethiopia is the U.S. cop on the beat. They’re enforcers, they’re gendarmes, which is a critical part of U.S. foreign policy. They use local forces so that they can have their dirty work done and hold up their hands and say, “Look, our hands are clean.”

KPFA: Mountain and others, including Human Rights Watch and veteran Africa journalist and human rights investigator Keith Harmon Snow, say that the U.S. and U.N. are tolerating genocide against the people of Ethiopia’s own Ogaden Basin. The Ethiopian government, they say, has blocked food and medical aid to millions in danger of starvation amidst a drought worsening in much of East Africa so as to weaken the Ogaden National Liberation Front fighting for independence from Ethiopia.

Thomas Mountain: Because of a major drought, millions of Ethiopians in the Ogaden are starving. There’s also a counter insurgency that’s been going on for about 10 years where the people have risen up against the marginalization and the brutal military occupation tactics of the Meles Zenawi regime that’s in power in Ethiopia.

So the Meles Zenawi regime has blocked food aid. They’ve kicked the Red Cross and the Doctors Without Borders and other aid agencies out of the Ogaden and are blocking food aid to the millions of starving people in the Ogaden.

And Ethiopia, of course, is the largest recipient of Western aid in Africa, receiving about $7 billion a year. So this is a Western funded genocide in the Ogaden that’s being completely ignored by the Western media and the Western governments, even though they know all about it.

KPFA: The U.N. Resolution approving the dispatch of Ethiopian troops to Sudan invoked the international doctrine that sovereign states have a “responsibility to protect” populations not being protected by their own governments. The doctrine was formalized by U.N. Security Council Resolutions 1674 and 1894, in 2006 and 2009, on the protection of civilians in armed conflict. Neither has been invoked to protect the people of the Ogaden. 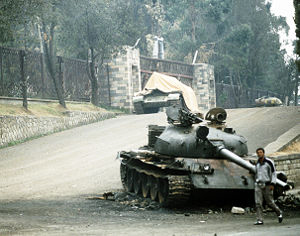 Ethiopia is on another arms buying spree as millions of Ethiopians starve due to the worst drought in 60 years. According to Prime Minister Meles Zenawi, Ethiopia is purchasing 200 battle tanks from Ukraine for over $100 million. Was it a coincidence that the day before Meles’ announcement, the British foreign aid office announced a $60 million “emergency food aid donation” to Ethiopia?

Why, you might be excused for asking, does Ethiopia need 200 tanks? There isn’t any realistic chance of any of Ethiopia’s neighbors invading the country considering Ethiopia already has the largest, best equipped army in Africa.

One of the primary reasons Ethiopia needs 200 tanks is to conduct its counterinsurgency campaigns against the ethnically based armed uprisings slowly engulfing much of the country. From the Ogaden in the southeast, to Tigray in the north, Gambella in the west and now, it is reported, even Oromia in the southwest – the Ethiopian regime needs to be able to crush its own people, and the latest installment of armor is long over due.

It is already 11 years since Ethiopia invaded Eritrea and in the process lost its best armored divisions, including at least two in one day-long disaster called the Battle of Tsorona.

Tanks work well against lightly armed guerilla fighters and even better when it comes to crushing civilian uprisings, something those in the Western and U.N. “aid” agencies are fully cognizant of. Now that Ethiopia has become a source of “peacekeepers” in Sudan, some of these Ethiopian tanks may be used to uphold Pax Americana on the north-south Sudanese border which includes Sudan’s oil fields.

As the Western media once again turns a blind eye, Ethiopia spends $100 million on tanks and all the while millions of Somalis starve in Ethiopia’s Ogaden.

Thomas C. Mountain is the only independent Western journalist in the Horn of Africa, living and reporting from Eritrea since 2006. He can be reached at thomascmountain@yahoo.com.