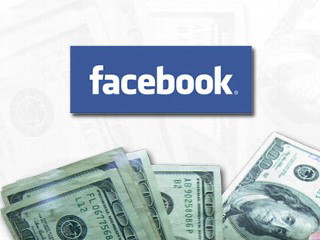 In a decision setting back prisoners’ rights and helping to advance the interests of prison bureaucrats and their guard union allies, Facebook announced plans to work with the California Department of Corrections and Rehabilitation to shut down pages set up for prisoners. Spokespersons for the department claimed that prisoners were using their Facebook pages to “stalk victims” and “conduct illegal activities” and that this was all related to the increased incidence of cell phones found inside the prisons.

What a load of crap!

I’m one of the prisoners with a Facebook page that will be shut down to appease the shrill hate groups that continue to try and own the public debate about prisons, about crime and punishment and about what kind of justice should be practiced here in the land of the free. It’s past time to address some of this fear mongering head-on, even if my keepers surely won’t appreciate it.

It’s all about trying to keep the public in the dark about how their billions of dollars have been wasted behind the electric fences, out of sight and beyond accountability.

The prison-industrial complex is a huge jobs engine for unionized public employees. Gov. Andrew Cuomo spelled it out it accurately when he withstood intense lobbying pressures and closed a couple of prisons in New York: “I’m not running a jobs program, putting a lot of people in prison to give a few people high paying jobs.”

This is the fundamental truth about prison. The people who profit off of mass, disproportionate incarceration know that a reckoning is coming. Crime is at historic lows. State budgets are upside down, like the rest of the country. The majority of people in prison are not monsters. The public’s safety is not the issue. The threat is to the paychecks of public employee unions.

For the past quarter of a century, the playbook has been simple, direct and frighteningly successful. Play the fear card, mention the word “victim” and shut down rational debate. It’s unclear to me how anyone could “stalk their victims” through Facebook. This is a perfect example of dragging a particularly stinky red herring across the trail, something prison bureaucrats are wont to do.

The prison-industrial complex is a huge jobs engine for unionized public employees.

For an interesting case in point, during a recent interview on Los Angeles public radio station KCRW’s excellent public affairs program, “Which Way L.A.,” host Warren Olney repeatedly asked California prison chieftain Scott Kernan how allowing men at Pelican Bay to wear a warm hat during the winter could be a security threat – this was one of the legitimate demands of hunger strikers.

Bossman Kernan never really answered the question and, instead, kept rambling on about how dangerous these “offenders” are and how these issues impacted “victims.” Interestingly, both prisoners and victims of crime have been commodified into roles in support of the prison-industrial complex.

The public’s safety is not the issue. The threat is to the paychecks of public employee unions.

The prison system has two great fears: The first is that the rest of society will learn that prisoners are, in actuality, fellow human beings who deserve to be treated in a humane fashion; and the second is that what really goes on in these places might be exposed to the cleansing light of public scrutiny.

To prevent the first of their fears from being realized, the prison system has upended basic civil rights and created a de facto no-information zone around prisoners. When I came to prison more than 30 years ago, I could write to anyone in the media through confidential mail. Any reporter with legitimate credentials could come inside a prison and interview any prisoner.

Today, I can only contact the media through closely censored mail and recorded, monitored collect phone calls. And reporters, on the rare occasions they manage to slip through the fences and get into these places, are strictly forbidden from interviewing any specific prisoner.

For the great rip-off of society to continue, it’s imperative for the public to continue to be hoodwinked into believing that the prisons are incredibly dangerous, filled with slavering beasts ready to go on a killing spree at the first opportunity. Nothing ruins this sham more than the taxpayers getting a good look at prisoners in the flesh. 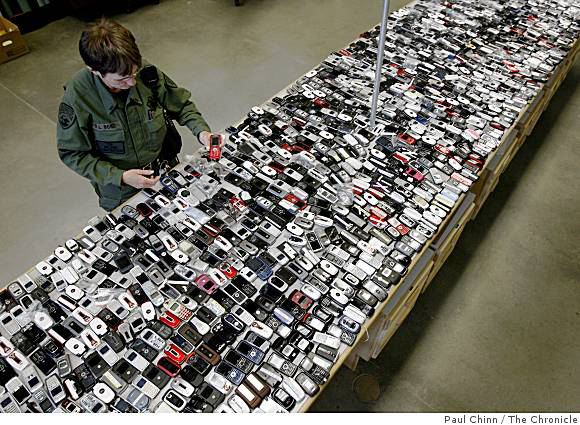 We don’t have horns or tails, and the vast majority of us aren’t even in prison for a violent crime. The rationale, such as it is, for preventing the press – in a supposedly free country – from directly interviewing prisoners is it could cause discomfort to a victim. Invocation of the “victim” is, again, used to justify virtually any depredations of both civil rights and common humanity.

More frightening to the system than the public finding out prisoners, generally, aren’t the embodiment of evil, is the possibility that what actually goes on inside will be revealed. What is imagined and what is reality are so far apart as to be wholly disconnected.

The guards have invested heavily in promoting the perception that death stalks them every day in these places. And their bureaucrat allies – just about all of whom started out as guards – happily sign on to this fiction because it provides the perfect excuse for why the system is such a dismal failure.

We don’t have horns or tails, and the vast majority of us aren’t even in prison for a violent crime.

What really goes on inside the prisons is horrific treatment, provoked and encouraged racial violence, constant violations of constitutional rights and so much more it could fill more than a hundred pages of small print. In fact, it does, and anyone can read the documentation in the decision of the three-judge panel that found California’s prisons so deficient and inhumane it ordered a massive downsizing of the system (Plata, et al. vs. Schwarzenegger, et al. and Coleman, et al., vs. Schwarzenegger, et al. Case 2:90-cv-00520-LKK-JFM, Document 3641, filed 08/08/2009).

This decision was necessary because the judges knew the special interests – guard union, contractors and suppliers – had bought so much in the state’s political process that there was no other viable way to achieve change.

The guards have invested heavily in promoting the perception that death stalks them every day in these places. And their bureaucrat allies – just about all of whom started out as guards – happily sign on to this fiction.

In my 30-plus years of imprisonment in California, the rate of incarceration went from around 100 per 100,000 to close to 450. The rate of parole failure went from less than 25 percent to more than 70 percent during the same period. Similar numbers can be found in the rest of the country.

Numbers can be mind numbing, but it’s important to see and internalize what all of this means. All across the country, as the various states wrestle with diminished resources and shrinking tax bases, decisions are being made about priorities: Interests are competing for the dollars left in the smaller pie.

The prison bureaucracy is vigorously advocating for cuts in funding for poor children, for disabled people, for seniors, in its desperate attempt to keep the imprisonment gravy train on track.

But that’s not the full extent of it, not by a long shot. To tilt the scales in favor of more prisons and less social welfare spending, the system will trot out the same hoary tropes it’s used during the past generation of unchecked expansion. This Facebook nonsense is right along with the standard fear-mongering tactics of the prison bureaucrats and their guard allies.

I’ve seen worse in my time inside, up to and including incitement to violence to overturn unfavorable court decisions. Watch out for some extremely dangerous prisoners finding themselves on the other side of the fences.

The prison bureaucracy is vigorously advocating for cuts in funding for poor children, for disabled people, for seniors, in its desperate attempt to keep the imprisonment gravy train on track.

When the inevitable tragedy occurs, all the rest of us will be tarred with the same outrage. Someone’s grieving mother will plead for retribution while the newsreaders tut-tut in sympathy. Mock outrage will spew out of red-faced politicians in thrall to the prison-industrial complex. The guard union will magnanimously put up the many millions needed to pass the poorly written initiative that results in tens of thousands of pathetic drug addicts and troublesome mentally ill homeless people receiving long life sentences. 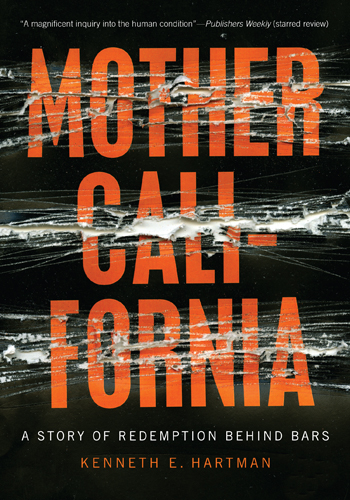 No less than United States Supreme Court Justice Anthony Kennedy, a Republican and no flaming lefty, described this state of affairs, in regard to California’s infamous three-strikes law, as “sick.”

The prison system has a unique hold on the political process that renders it almost invulnerable to the kind of fundamental reform 25 years of dismal failure should have demanded. The Democrats won’t criticize their public employee union allies and the Republicans remain wedded to the concept of keeping the disempowered classes down and disenfranchised through mass incarceration. The prison bureaucrats and their guard union allies have cynically and very successfully played the two ends against the middle.

The Democrats won’t criticize their public employee union allies and the Republicans remain wedded to the concept of keeping the disempowered classes down and disenfranchised through mass incarceration.

Neither side of our dysfunctional dyad is willing to propose remedies to what is obvious to every independent observer: There are too many people in prison for too long, costing society way too much money.

Facebook’s craven decision to appease the prison-industrial complex has nothing to do with protecting crime victims or stopping criminal activity. Let me assure you, we knew how to conduct illegal activity before Mark Zuckerberg “invented” Facebook, even before Al Gore “invented” the internet.

It’s all about trying to keep the public in the dark about how their billions of dollars have been wasted behind the electric fences, out of sight and beyond accountability.

My 1,300 “friends” and I didn’t threaten anyone. But the prison system and its allies pose a genuine threat to society. The sooner the public wakes up and realizes this, the better off we’ll all be. Until then, be afraid; be very afraid of people claiming to be protecting you.

Kenneth E. Hartman’s memoir of prison life, “Mother California: A Story of Redemption Behind Bars“ (Atlas & Co. 2009) won the 2010 Eric Hoffer Award. He is currently at work on a memoir about hitchhiking through the ‘70s. For more information, see www.kennethehartman.com or contact him indirectly at kennethehartman@hotmail.com.