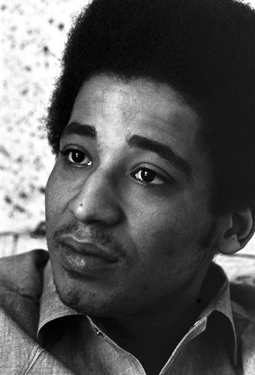 The 21st of August marks the 40th anniversary of the execution of George Lester Jackson. The Chicago-born Jackson would have celebrated his 70th birthday on Sept. 23.

Many of the strategies and tactics that he and his fellow comrades employed in the late ‘60s and early ‘70s were used by prisoners at Pelican Bay, Corcoran and other California prisons in the recent hunger strike.

Jackson was a prisoner who became a Marxist, an author, a member of the Black Panther Party and co-founder of the Black Guerrilla Family prison organization. He achieved global fame as one of the Soledad Brothers before being executed by prison guards in San Quentin Prison.

George and his younger brother, Jonathan Jackson, and Khatari Gaulden are central to understanding Black August. Jackson was an African born in America who became a field marshal of the Black Panther Party while in prison, where he spent the last 12 years of his life. His book of published letters, “Soledad Brother,” became an instant classic.

Gaulden became the leader inside San Quentin after George Jackson was killed on Aug. 21, 1971. The Little Rock, Arkansas-born Gaulden was himself assassinated in 1978. The hit on Gaulden was the spark that led to the Black August prairie fire.

On Aug. 7, 1970, George’s 17-year-old brother Jonathan burst into a Marin County courtroom with automatic weapons, freed three San Quentin prisoners and took Judge Harold Haley as a hostage to demand freedom for the three “Soledad Brothers.” However, Haley, prisoners William Christmas and James McClain, and Jonathan Jackson were killed as they attempted to drive away from the courthouse.

The case made international headlines. The state claimed that Judge Haley was hit by fire discharged from a shotgun inside the vehicle during the incident, since he was being covered by a shotgun attached by wiring, tape, and/or a strap of some sort, and/or held beneath his chin. The shotgun was traced back to Angela Davis.

The murder charge was thrown out early on in the pretrial hearings because Haley was killed in the hail of bullets from the San Quentin prison guards. These bullets killed Christmas, McClain and Jonathan Jackson and wounded Gary Thomas. Another prisoner, Ruchell Cinque Magee, was charged with two counts of kidnapping. He was acquitted of the more serious (kidnap for ransom) charge and convicted of the simple kidnap. The acquittal was in dispute although the jury foreman declared he was acquitted and signed an affidavit to that effect. Magee fought for decades to right this wrong to no avail. Now 71 years old, he still languishes in prison to this day. 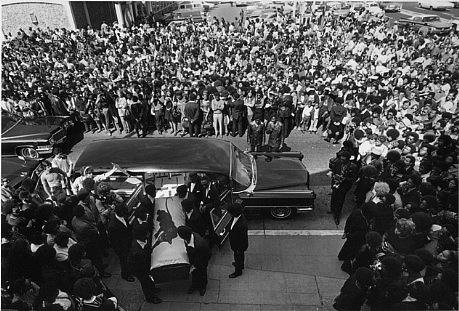 One year later in August 1971, three days before he was to go on trial, George was gunned down in the prison yard at San Quentin in what officials described as an escape attempt. When Jackson was murdered 40 years ago at San Quentin prison, Aug. 21, 1971, this writer saw grown, macho men break down and cry tears bigger than cantaloupes. Jackson influenced a larger number of Africans-in-America and progressive thinking whites than can be imagined.

The murder of Jackson sent Archie Shepp, Bob Dylan and Steel Pulse into the studio to record tributes to him. Jackson was eulogized in the jazz, pop and reggae idioms. “Jazz” man Shepp released “Blues for Brother George Jackson” on his “Attica Blues” album. Dylan did a single, “George Jackson,” and the British reggae band Steel Pulse, who would later be invited to perform at President William Jefferson Clinton’s first inauguration in 1993, recorded two songs, “George Jackson,” a cover of Dylan’s song, and “Uncle George,” on their 1977 album “Tribute to the Martyrs.” The group actually re-recorded “George Jackson” and “Uncle George” on the 2004 album “African Holocaust.”

Jackson’s impact was so great that Warner Bros. attempted to cash in on his image by producing a film, “Brothers,” starring Bernie Casey and Vonetta McGee. The soundtrack was performed by Taj Mahal. I saw the film in Memphis, Tennessee. There was only an elderly Euro-American couple and myself in the theater that day. When I saw the film, I was slippin’ into darkness (I was underground).

Who was George Jackson and why eulogize a “convict”? When Jackson was 18, he was sentenced from one year to life for stealing $70 from a gas station. He spent the next eleven years in prison, eight and a half of them in solitary confinement.

When he was 28 years old, he was charged with the murder of a guard in Soledad prison. Shortly after his indictment for this murder, his first book, “Soledad Brother,” a book of his letters, was published in England, Germany, Italy and Sweden. He was acclaimed throughout the world as the most powerful and eloquent Black writer to emerge in years. He became a symbol for the struggle of all oppressed people.

Commenting on Jackson’s writing, C.L.R. James pointed out, “The letters are in my opinion the most remarkable political documents that have appeared inside or outside the United States since the death of (Vladimir Ilyich) Lenin.” The late Walter Rodney used to talk about how it was amazing that Jackson could develop an international consciousness from a prison cell. Rupert Lewis, who wrote the book, “Walter Rodney’s Intellectual and Political Thought,” found an essay that Rodney had written about Jackson while he lived in Tanzania.

George Jackson continued to make news even after his death. When Stanley Tookie Williams was executed on Dec. 13, 2005, California Gov. Arnold Schwarzenegger evoked his name as one of the reasons that the co- founder of the Crips should meet his maker. Gov. Schwarzenegger pointed out, “The dedication of Williams’ book ‘Life in Prison’ casts significant doubt on his personal redemption. 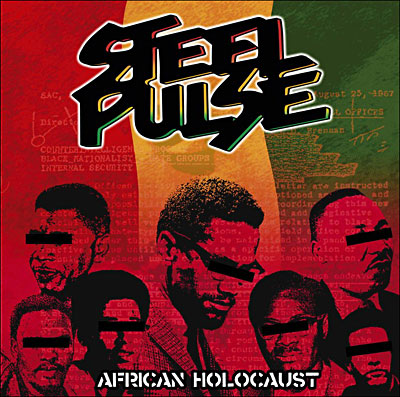 “This book was published in 1998, several years after Williams’ claimed redemptive experience. Specifically, the book is dedicated to ‘Nelson Mandela, Angela Davis, Malcolm X, Assata Shakur, Geronimo Ji Jaga Pratt, Ramona Africa, John Africa, Leonard Peltier, Dhoruba Al-Mujahid, George Jackson, Mumia Abu-Jamal, and the countless other men, women, and youths who have to endure the hellish oppression of living behind bars.’ The mix of individuals on this list is curious. Most have violent pasts and some have been convicted of committing heinous murders, including the killing of law enforcement.”

Jackson’s second book, “Blood in My Eye,” was completed only days before he was killed in an alleged escape attempt from San Quentin. “Blood in My Eye” clearly showed Jackson’s global outlook. He wrote, “The commitment to total revolution must involve an analysis of both the economic motives and the psychosocial motives which perpetuate the oppressive contract. For the black partisan, national structures are quite simply nonexistent. A people without a collective consciousness that transcends national boundaries – freaks, Afro-Amerikkkans, Negroes, even Amerikkkans, without the sense of a larger community than their own group – can have no effect on history. Ultimately they will simply be eliminated from the scene.”

Kumasi and Shaka At-Thinnin of Los Angeles and Oakland, respectively, recently appeared on Saturday Morning Live in Toronto. Both knew George and served time in California dungeons. They represent the Black August Organizing Committee, whose mission it is to attempt to help prisoners such as Hugo “Yogi” Pennell, Ruchell Magee and countless others still languishing behind California and other prison walls in the United States. For more information on this organization, contact http://www.dragonspeaks.org.

Mumia Abu-Jamal has written and recorded several outstanding commentaries about Black August. To listen to these thought provoking messages, go to http://www.prisonradio.org.

Norman (Otis) Richmond aka Jalali can be reached at Norman.o.richmon@gmail.com.

Editor’s note: Listen to Kiilu Nyasha’s “Black August,” a historic four-hour special broadcast on KPFA, initially produced in 1993 and reproduced in 2006, at http://www.kpfa.org/archive/id/22401. “For those of you who haven’t heard the voices of George Jackson, Ruchell Magee, John Clutchette, Hugo Pinell et al. and/or haven’t learned the history of our Black August martyrs, here’s pretty much the whole story. Please feel free to use clips of this program to educate to liberate,” writes Nyasha, revolutionary journalist and Black Panther veteran. These four hours are life-changing, by far the best record of the great George Jackson and the profound impact of Black August in our opinion.

This video is based on an edited portion of “Prisons on Fire” by Freedom Archives (2001) with video editing by Oriana Bolden.