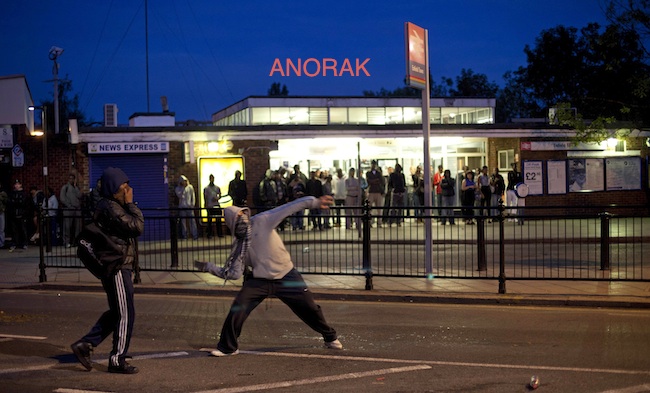 British Prime Minister David Cameron has lost legitimacy as a result of the brutal suppression of peaceful demonstrators and should resign. Statements to this effect were made nearly simultaneously by leading Iranian and Libyan politicians.

Khalid Kaaim, deputy head of the Libyan Ministry of Foreign Affairs, stressed that Cameron and his government have completely lost their legitimacy and should leave after the mass protests and violent police actions against the participants in peaceful demonstrations.

The Tripoli official also urged the United Nations Security Council and the international community to abandon their passive attitude in the face of egregious human rights violations in the U.K. Not long before that the “passiveness” of the U.N. Security Council was condemned by Iranian President Mahmoud Ahmadinejad.

The Foreign Ministry of the Islamic Republic called on the British police to “exercise restraint.” The ministry spokesman, Rahmin Mehmanparast, said: “The British government should order police to stop violent confrontation with the people. The government must engage in a dialogue with the protesters and listen to their demands so that the situation can return to normal.”

The Iranian Foreign Ministry in this regard demanded that the U.K. protect “civil liberties” and enable “an independent investigation by international human rights organizations” of all the circumstances of the death of the young Black man, Mark Duggan, whose murder served as the detonator for the riots in British cities.

The assessments of the ongoing events in the U.K. made by Iran and Libya are nearly identical to the official reaction of the West to the opposition’s actions in Libya and Syria.

London in February declared the ruling regime of Muammar Qaddafi in Libya illegitimate because the Libyan leader dared to resist the attacks by the armed opposition groups, including Islamists.

Three months later, similar language appeared in the assessment of the actions of the Syrian regime of Bashar Assad, allied with Iran. British Foreign Secretary William Hague was one of the first officials to say that, as a result of the repression against its own population, Assad had lost legitimacy.

All these factors served as a justification for the start of military operations against Libya, and now Syria is under the same threat.

Cameron said, “We cannot speculate on human rights in relation to the events in the U.K.”

But what do the British authorities do? Particular attention should be paid to the ways in which Cameron’s regime has suppressed the British revolution. In a hasty fashion, the so-called courts – after only three days of the unrest – began to hand out harsh penalties to protesters, most of whom were jailed pending the outcome of their trials.

Cameron himself had vowed that water cannons and plastic bullets would be used against peaceful demonstrators. Is it possible to ignore such a blatant violation of human rights in one of the leading democratic countries? 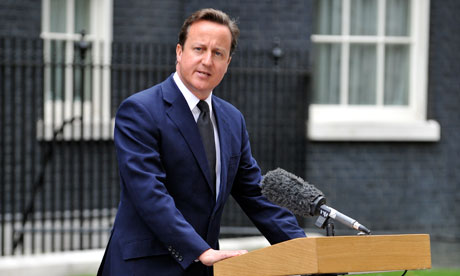 Many in the Russian blogosphere feel sorry for the Brits who fell victim to their excessive tolerance. Earlier, Britain took the liberty of harshly criticizing Russia for violating human rights during the counter-terrorist operation in the North Caucasus, as well as for the fact that Moscow does not enter into a dialogue with the “opposition.”

The actions of the British prime minister and his henchmen the police towards protesters of color amount to racism, especially as the police turn a blind eye to the actions of the Nazis from the so-called English “Defense League” that, with the tacit approval of Cameron, started the violent repression of the revolution.

Many have pointed out that TV channels tried to present the information in such a way as to show that the rioters were predominantly Africans or Pakistanis. However, this is not the case. Various blogs display numerous photos of white people who came to protest in the streets along with their Black brothers against the actions of the authorities and the deterioration of living conditions.

Moreover, according to news agency JTA, the revolution has also affected the Jewish community in Britain. Its representatives, for example in Tottenham, were dispersed by mounted police when they came to protest against the racist and pro-Nazi activities.

However, for some people it would be very disadvantageous if the events in the U.K. looked like anything other than a “race riot.”

British bloggers have reported that skinheads smashed a few shops belonging to Muslims. In this sense, the behavior of the British prime minister makes bloggers question whether he sympathizes with the infamous British Nazi, Oswald Mosley.

The officials in London recognize that the prisons are overcrowded by those who tried to protest against the blatant tyranny of the police. What right does the country that states that it is democratic have to deal with peaceful protesters in this way? There are children among the detainees. Has British democracy fallen so low as to fight its future, the younger generation?

There are those who defend Cameron. They say that there is no comparison between the rebels in Libya and Syria and the scoundrels who dared raise their hand against one of the cradles of world democracy.

Of course, there is no comparison. Suffice it to stress the humanistic aspirations of British protesters, who, in contrast to the Syrian and Libyan opposition, were not seen murdering police officers. Slanderous accusations of massive looting of shops by the opposition are spread by the media lured by the London authorities.

There are statements, allegedly by the opposition, on internet social networks that would suggest the arson and looting are the work of provocateurs hired by the police and MI6.

They have one goal: to demonize and discredit the British revolution. At the very least, there is the presumption of innocence and indictments can be made only by the judicial authorities, not newspaper people.

Even if some of the demonstrators took something from a supermarket, is that enough of a reason to conduct a punitive police operation? In some areas, the revolutionary course of events and actions of the authorities interfered with the supply of food. People need something to eat. Is it any wonder that people are hungry and grab at food?

Now, after several months of civil war, no one would dare call the Libyan opposition “peaceful demonstrators.” The same applies to the glorious successors of the “Arab revolution” in Syrian Hama, where the opposition quite democratically cut off the heads of the “Assad supporters” and set government buildings on fire.

The question arises: If the West supported the actions of those “peaceful demonstrators” with air strikes in Libya, what kind of punishment does Britain deserve?

When the riots began dwindling, many people in London sighed quietly. Yet, how long will the peace last? After all, the event showed the weakness of the former “mistress of the seas” in the face of popular protests.

And most importantly, can Great Britain and the West open their mouths in defense of “peaceful demonstrators” in Libya and Syria?

It is important to pay attention to the fact that at last Libya and Iran have united in their opposition to the U.K. That in itself deserves attention since for a long time, Qaddafi believed Iran to be one of his main enemies. Iran was not particularly respectful towards the “Libyan upstart” either. However, the aggressive actions of the West, including Britain, against Libya and Syria forced Tripoli and Tehran to reconcile their positions. Indeed, it is time for Iran and Libya to stop the long and unnecessary strife. Apparently, they found the “Achilles heel” of the U.K.

The following video shows a discussion with popular British historian David Starkey on the BBC where he claims that the recent events were based simply upon criminality of a type grounded in Black culture. His racist comments have received widespread criticism.

http://youtu.be/gU5TcTSa9kk
Sergei Balmasov writes for the Russian online journal Pravda.ru, where this story originally appeared under the headline, “What kind of punishment does Britain deserve?” The story subsequently appeared on The-Latest.com.

Withhold U.S. aid to speed end of atrocities in Congo