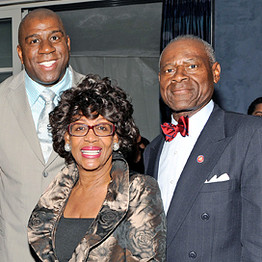 “This much is clear: Mad Maxine Waters’ cronyism of color can’t be whitewashed, no matter how long Washington stalls.”  – Waters critic Michelle Malkin

Waters’ case is fraught with racism and politics and rife with questions as to whether the committee’s staff acted improperly in its investigation. The case has been “put off” since the 111th Congress and the committee’s delays have drawn broad criticism from Washington watchdog groups.

Waters applauded Billy Martin’s appointment and said it came about because the committee recognized that its investigation was “misguided, flawed and could go no further.” She expressed confidence that Martin will conclude that “further investigation of me is not warranted.”

Waters has been accused of intervening on behalf of a bank where her husband owned stock and served on the board. But the case against her, which started two years ago, has been stalled by strife within the committee, which operates for the most part in secret.

Part of the complaint is that Waters, a high-ranking member of the House committee that oversees banking, called then-Treasury Secretary Henry M. Paulson to set up a September 2008 meeting between his staff and representatives of minority-owned banks. What some members of Congress think of as “improper conduct” was Waters insuring that minority-owned banks got some of the “troubled assets fund” that helped keep America’s financial industry afloat during that crisis.

Complaints started because Black-owned banks, including OneUnited, received $12 million in federal bailout funds due to Ms. Waters’ position and influence. What’s wrong with what Waters did? For Blacks, Maxine should be commended, not chastised, for her initiatives to tap Blacks into capital flows normally only intended for “the mainstream.”

Now a Black man will review the committee’s past conduct and give a “go” or “no go” as to whether to pursue the case against Ms. Waters. The hiring of Martin helps to ensure a publicly credible investigation. Plans are for him and his staff to get to work immediately, and up to $500,000 has been authorized for his work through the end of the year, when the committee hopes he will help them reach a decision about Waters. Options include dropping the case or moving ahead with a trial.

Martin has been involved in a number of high-profile cases. He is a member of Washington’s “Black Establishment.” He defended NFL football player Michael Vick, represented the parents of slain Washington intern Chandra Levy and, during the investigation of former President Clinton, served as counsel to Monica Lewinsky. Billy Martin is a graduate of Howard University and the University of Cincinnati College of Law and is married to National Public Radio host Michel (McQueen) Martin.

In the ethics case against “Miss Maxine,” it’s mostly “allegations” and there is no real “there” there. The House Ethics Committee could not have made a better choice to get out of the untenable situation it has created for itself.

The evidence against Maxine is slim and lacking, and in the end Billy Martin will tell us that. Unbowed, the 72-year-old Waters continues to defend her actions, saying that she didn’t benefit financially and was acting on behalf of minority banks in general, not just OneUnited. Waters’ husband, Sidney Williams, served on OneUnited’s board from January 2004 to April 2008. The couple’s net worth is less than $500,000.

William Reed is president of Black Press International, www.BlackPressInternational.com. Email him at busxchng@his.com. He is available for speaking and seminar projects via BaileyGroup.org. 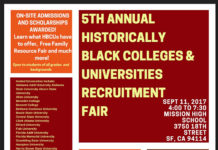 Want to attend a Black college? Come to the HBCU Fair Sept. 11