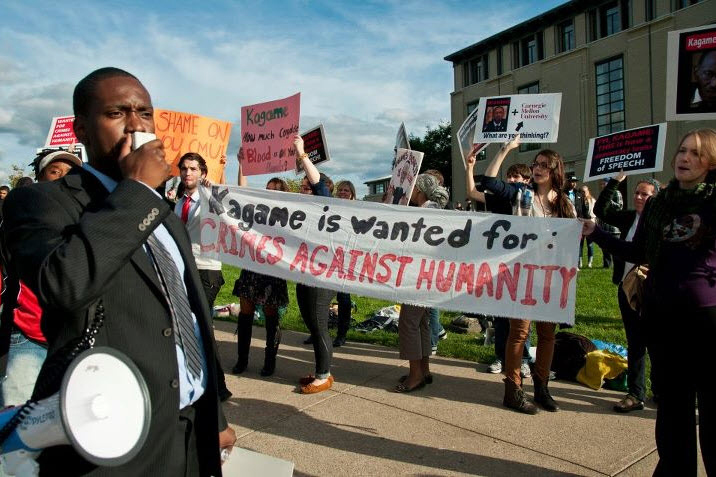 Faculty members at Carnegie Mellon University’s Marianna Brown Dietrich College of Humanities and Social Sciences have signed a petition questioning the university’s partnership with Rwanda’s president, Paul Kagame, as they plan to open a branch campus in Kigali in 2012. The petition cites charges that his government has committed gross human rights violations in Rwanda and in the Congo. It also cites increased repression of the press and political freedoms.

We the undersigned faculty members of the Marianna Brown Dietrich College of Humanities and Social Sciences are writing to express our serious concerns over Carnegie Mellon University’s announced partnership with President Paul Kagame and the Rwandan government. 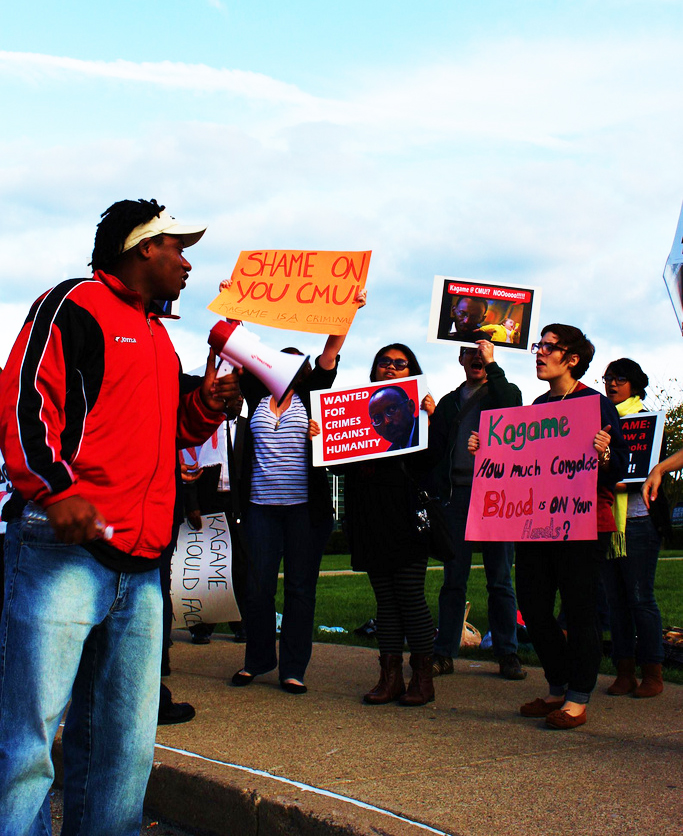 Carnegie Mellon University has established itself as a global leader in the arts as well as the sciences in part because our university has extended its reach beyond Pittsburgh. We have established successful programs in countries like Japan, Australia, Portugal, Mexico, and opened a campus in Qatar.

Wherever we go, we bring our university’s vision of what a world-class institution of higher education should be. We rightfully pride ourselves with meeting “the changing needs of society by building on its traditions of innovation, problem solving and inter-disciplinarity.” With the announcement of Carnegie Mellon University’s partnership with the Rwandan government, our university has once again positioned itself on the cutting edge by being one of the first American universities to run degree-granting programs on the continent of Africa.

Given Rwanda’s attempts to rebuild after decades of civil war and murderous ethnic cleansing, Carnegie Mellon’s presence in the African nation indicates that your vision for our university includes not only meeting the changing needs of society but also helping Rwandan society change for the better. News articles in The Wall Street Journal, The Chronicle of Higher Education as well as our hometown Pittsburgh Post-Gazette have applauded our partnership with President Kagame and Rwanda.

Another thing we bring is Carnegie Mellon University’s mission. As a faculty we pledge:

“To create and disseminate knowledge and art through research and creative inquiry, teaching, and learning, and to transfer our intellectual and artistic product to enhance society in meaningful and sustainable ways.

“To serve our students by teaching them problem solving, leadership and teamwork skills, and the value of a commitment to quality, ethical behavior, and respect for others.

“To achieve these ends by pursuing the advantages of a diverse and relatively small university community, open to the exchange of ideas, where discovery, creativity, and personal and professional development can flourish.” 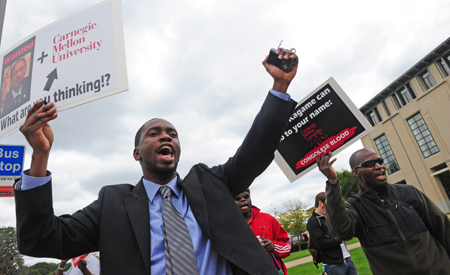 As faculty, we also commend a vision that includes facilitating meaningful social change. Yet we see a risk that could interfere with this vision. Carnegie Mellon University’s mission is based upon the fundamental pillars of any free society: the freedom of inquiry, a commitment to an open exchange of ideas and a belief that freedom and openness are crucial to the cultivation of an ethically sound citizenry. Given our university’s mission we are concerned about how this mission can be achieved in a country run by a president who does not guarantee freedom or openness for his own people.

President Paul Kagame controls a country that, according to Reporters Without Borders’ “Press Freedom Index,” ranks 169 out of 178 countries – the third worst ranking amongst African nations. In a June 2011 article, Human Rights Watch expressed their “serious concern that freedom of expression is not respected in practice under Kagame’s regime,” especially as this repression was connected to Kagame’s 2010 presidential re-election.

They cite numerous instances, including the imprisonment and intimidation of journalists critical of the Kagame regime, as well as the jailing and continued detention of opposition party leaders for endangering national security and “divisionism.” Claims of fraud and intimidation were so widespread that in an Aug. 13, 2010, press statement President Obama expressed “concern” about “disturbing events” prior to Kagame’s latest election. He highlighted the suspension of two newspapers, the expulsion of human rights workers and the barring of two political parties from participating in the election.

Another June 2011 report, this one from Amnesty International, condemned Kagame’s government, saying, “The Rwandan Patriotic Front (RPF), in power since the 1994 genocide, tightly controls political space, civil society and the media, contending that this is necessary to prevent renewed violence. Human rights defenders, journalists and political opponents cannot openly and publicly criticize the authorities. People who do speak out risk prosecution and imprisonment.”

In 2008, the Spanish National Court, the Audiencia National (who charged Chilean dictator Augusto Pinochet), indicted 40 Rwandan military officers for terrorism, mass killings and several counts of genocide against Rwandans, Congolese and Spanish citizens, following the 1994 genocide. Spanish Judge Fernando Andreu stated he has evidence that implicates Kagame, who has immunity from prosecution as a head of state. 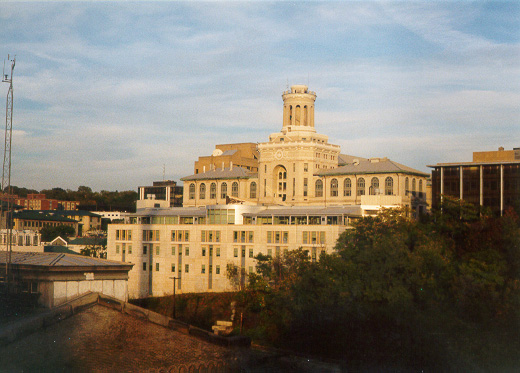 These actions are not those of a man interested in protecting his citizens, cultivating democratic society, or upholding human rights. Nor are these actions consistent with the ethical and moral principles at the heart of Carnegie Mellon University’s mission. If our mission as faculty is consistent with our university’s – to instill these principles in our students – we are seriously concerned that a partnership with President Kagame’s government compromises our institution’s ability to carry them out. President Cohon, we strongly urge you to consider the consequences that such a partnership will have on our local and global reputation.

To learn more, contact the African Great Lakes Coalition via Kambale Musavuli, spokesperson and student coordinator for Friends of the Congo, at kambale@friendsofthecongo.org.