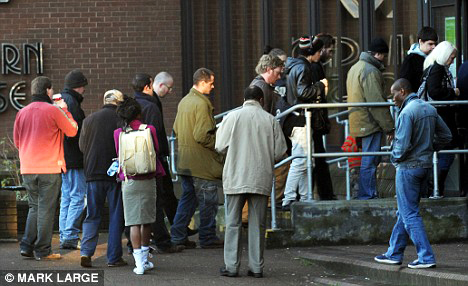 For days, the world witnessed the flames of discontent and disenchantment engulfing the urban streets of England in the aftermath of the shooting death of 29-year-old Mark Duggan by the Metropolitan Police Service on Aug. 4.

Politicians like Prime Minister David Cameron have attempted to characterize this serious social turmoil as simply the work of “opportunistic criminals.” Can it be denied racism and economic inequality lie at the heart of this explosive uprising?

On Aug. 6, England ignited with the worst violence and destruction seen since the legendary 1981 insurrection. At least five people died, some 2,000 people were arrested and over 1,000 charged in relation to the disturbances. Allegedly, a peaceful march organized to protest the shooting of Mr. Duggan detonated into mayhem when a 16-year-old girl was attacked by police and beaten. Some claim she threw a rock at police. Marchers say she was forcefully demanding answers to why Mr. Duggan was shot.

The disturbances started in Tottenham, North London – where Duggan was shot – but then spread to several areas of England, including Ponders End, Wood Green, Enfield Town, Brixton, Birmingham, Nottingham, Liverpool, Medway and Bristol. Initially, police claimed Duggan, who they allege is a drug dealer and gang member, fired a shot at them before they returned fire.

It has now been established that Mr. Duggan did not fire on the officers. In a shockingly insensitive speech, Prime Minister Cameron said: “This is not about poverty, this is about culture. In too many cases, the parents of these children – if they are still around – don’t care where their children are or who they are with, let alone what they are doing.”

If the prime minister really believes poverty isn’t a primary factor in this insurrection by Britain’s underclass, then he’s troublingly imperceptive to the problems of a significant segment of his society. Tensions between England’s police and Blacks have erupted, periodically, for decades. In fact, this current uprising is nearly a replica of the one that transpired in 1981. In that year, an urban uprising scorched several areas in England. The major fracases were in Brixton, London; Handsworth, Birmingham; Chapelton, Leeds; and Toxteth, Liverpool. The uprisings started in Brixton on April 10, 1981, before spreading.

Several factors, including high unemployment and inferior housing, created an environment of despair. Police brutality and harassment also created a tense atmosphere, especially as it related to the “Sus Law” – for “suspected persons” – and the infamous so-called “Operation Swamp 81.”

The “Sus Law,” based on the concept of stop and search, eerily similar to the NYPD’s stop-and-frisk policy, was a racially based police-profiling tool used, principally, to target those of Caribbean heritage. The “Sus Law” was scrapped as a result of the 1981 insurrection. However, this prejudiced police practice was reinstituted – people like Mr. Cameron lobbied for it – in 2010.

To make matters worse, the community was still recovering from the Jan. 18, 1981, New Cross Fire. The fire killed 13 Blacks who were attending a birthday party. Many suspected the fire was started by racists, but the police dismissed that assertion.

Amid that backdrop, on April 10, a Black youth was stabbed, presumably during a robbery. Apparently, instead of rushing him to the hospital, the police proceeded to interrogate him. The assembled crowd deemed the police insensitive, especially after it was said the youth died. 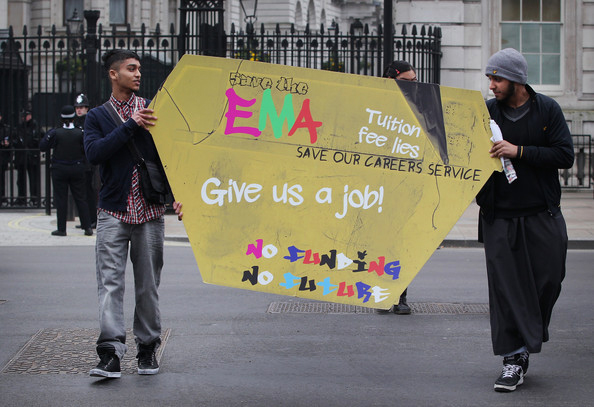 Consequently, the crowd unleashed a furious attack against the cops. Over the next three days, community resentment was taken to the streets, where some 300 police officers were injured and 50 police cars destroyed. Over 100 businesses were looted and some 80 people were arrested. In the coming days and months, the uprisings spread to Handsworth, Chapelton, Toxteth and Sheffield.

Unfortunately, bad history repeats itself when lessons that should be learned aren’t. The current rage playing out in poor Black neighborhoods of England is an example of that truism. English politicians are debating whether they should suspend austerity cuts to decrease the numbers of police. Why aren’t they examining the economic inequality and police brutality lying at the heart of this crisis?

The prime minister insinuates the anger witnessed by the world is just a reflection of bad parenting and gangs. That observation is a sure prescription for future problems. Why are white people always telling us institutional racism is only in our heads?

There is one more outrage to address here: mainstream media’s failure. This uprising is instructive in its similarities to the underclass uprisings that happened in America during the ‘60s. They all stemmed from the same socio-political problems: economic inequality, institutional racism and police harassment.

Why aren’t they examining the economic inequality and police brutality lying at the heart of this crisis?

The 1968 Kerner Commission fingered the media as partly responsible for white America’s ignorance of the plight of inner-city people and, by extension, the “riots” of 1967. The commission characterized the media as being “shockingly backward.”

England’s establishment media is also “shockingly backward.” Take for example that awful “interview” conducted by BBC reporter Fiona Armstrong, who denigrated one of the most important Black journalistic voices in England, Darcus Howe.

The BBC decided to seek analysis from Mr. Howe, who resides in those very communities white reporters, in England and America, often avoid and simply label as crime areas.

During the “interview,” Mr. Howe sought to give a comprehensive evaluation of the problems in England’s Black community. But Ms. Armstrong repeatedly interrupted him, probably because he didn’t seek to whitewash the real causes of the community’s frustration and fury. The interview got worse when Ms. Armstrong said: “You are not a stranger to riots yourself, I understand, are you? You have taken part in them yourself?”

The exchange ended when Mr. Howe retorted: “I have never taken part in a single riot. I’ve been part of demonstrations that ended up in a conflict. Have some respect for an old West Indian Negro and stop accusing me of being a rioter. You just sound idiotic.”

In a statement, the BBC said, “We’d like to apologize for any offence that this interview has caused.” They also claimed, “The presenter did not intend to show Mr. Howe any disrespect” and “The interview included a poorly phrased question about rioting.”

Does the BBC think the only thing wrong here is a “poorly phrased question?” Doesn’t the BBC realize Ms. Armstrong’s ridiculous questions are an example of the clueless insensitivity many whites have toward the societally created ills plaguing Blacks?

Why isn’t the BBC telling us how 333 Blacks were killed in police custody since 1998, without a single conviction? Shouldn’t the BBC be exploring how veteran reggae musician Smiley Culture could’ve committed suicide, reportedly stabbing himself during a police raid on March 15, 2011?

Make no mistake: These so-called “riots” were an insurrection against institutional racism and inequality. But if politicians keep saying no, how will England prevent the future inferno?