by Mutope Duguma, aka James Crawford 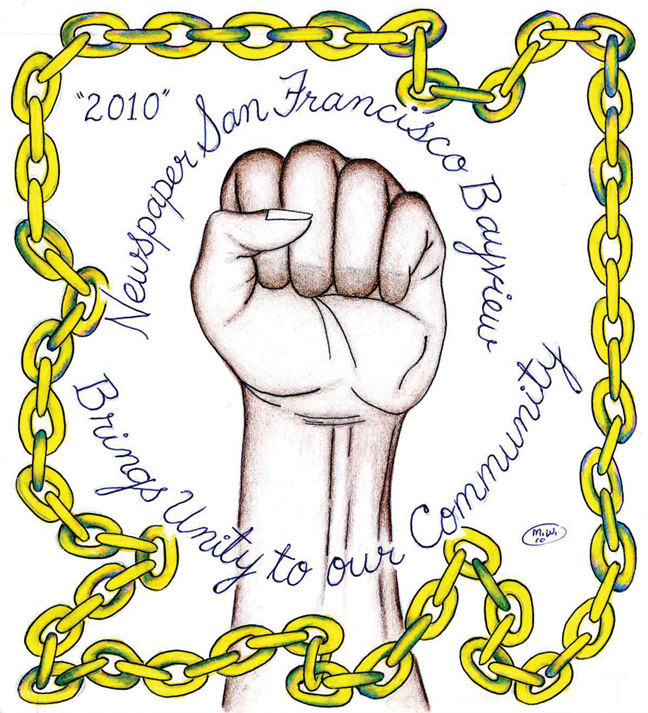 It’s important that the people know that if they write to anyone on the hunger strike and they do not get a response, it’s because our torturers did not deliver your mail to us or ours to you. This is in line with the games they have played with our families which led to the mental torment that many of us have suffered over our mail throughout our stay here in these torture chambers.

These prison guards have NO respect for the law. They have stolen our postage and money while at the same time trashing our mail, so by keeping records of our mail once we get into the courts we can call on yourself and the countless others our lawyers have already registered, the world will be shocked at the blatant criminal acts by these criminals claiming to be upholders of the law. What a joke!

They came today (Sept. 20) and took all of our periodicals etc. under the premise that they was breaking our cell down to the required amounts of property allowed. This is nothing but racist prison gang officers using the state to abuse the authority they’ve been entrusted by the taxpayers. In one word: retaliation.

They hate the fact that all races have come together to deal with our pain and suffering, because for over 40 years, CDCR (California Department of Corrections and Rehabilitation) has used race problems as a tool to keep us divided and conquered. So we are using every peaceful means at our disposal to expose these human rights violations and the cruel and unusual punishment we suffer daily.

They hate the fact that all races have come together to deal with our pain and suffering, because for over 40 years, CDCR has used race problems as a tool to keep us divided and conquered.

I believe people know that we are being treated badly by those who have no problem with torturing people, because it’s happening throughout this nation in all solitary confinement units. I have not eaten any food that is not in packages (since the first phase of the hunger strike ended in July) due to the racist floor officers who continue to contaminate our trays at breakfast time. We expected all of this when we signed up to expose this torture.

I will be writing pieces to you in order to keep you informed about the hunger strike, so expect a letter every five days. [The Bay View has not received another letter from Mutope since this one; apparently prison authorities are withholding mail as he predicted.]

I did not receive my issue of Bay View for September. It’s not unheard of for the mailroom here to “withhold” our mail, particularly in the SHU Short Corridor.

Due to the failed negotiations and the extreme propaganda PBSP administration is putting out there – more like outright lies – the SHU prisoners have gone back on the hunger strike.

PBSP (Pelican Bay State Prison) administration continues to lump all prisoners together, claiming we are somehow involved in multimillion-dollar criminal operations, giving orders for racial conflict in our communities outside and being involved in gang activities – without an iota of proof to support their lies that condemn all the SHU Short Corridor prisoners.

PBSP administration continues to lump all prisoners together, claiming we are somehow involved in multimillion-dollar criminal operations, giving orders for racial conflict in our communities.

Wouldn’t that be the same as me telling society at large that, because one guard working in the SHU is a racist pig, all the guards are too? What’s that old Black Panther Party mantra, “No investigation, no right to speak”? 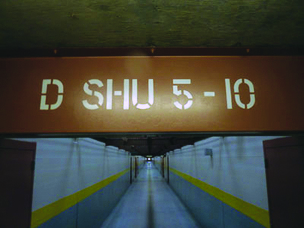 Continue to be our voice.

Paul Sangu Jones wrote “I sit in starved rebellion,” a major statement published Oct. 13, the day it was received. This and the following one by Randal Sondai Ellis are the only letters the Bay View has received from leaders of the hunger strike since it was resumed on Sept. 26. Paul is one of 11 prisoners identified by prison officials as leaders of the strike who were transferred shortly after the resumption from the D Corridor – or Short Corridor – to a SHU within the SHU, called ASU, or Administrative Segregation Unit, where they are restricted even more than in the torturous SHU. Send our brother some love and light: Paul Sangu Jones, B-26077, PBSP ASU H2, P.O. Box 7500, Crescent City CA 95532.

Prisoners here have resumed the hunger strike. I wanted to write to you while I’m still lucid.

The policy of gang validation is primitive. It is not supposed to be punitive, but even now prison officials freely admit that it is.

The courts have permitted these abuses because they have said gang validation is not disciplinary, and for over 20 years we have sat here and watched the policy evolve into the debrief, parole or die policy, all of which is done without having to prove an individual prisoner has done anything wrong. All that is needed is some fictionalized account of the gang, and then you’re subjected to the worst gutters they have under the guise of safety and security, which the court does not question.

The fact that men are willing to starve themselves to death ought to speak volumes to these primitive practices that require a man to be some sort of snitch in order to have any chance at all. This says a lot about the judgment society passes on the lives of those it imprisons.

The fact that men are willing to starve themselves to death ought to speak volumes to these primitive practices that require a man to be some sort of snitch in order to have any chance at all.

I/we enjoyed the last issue of the Bay View: very informative. Even the white prisoners acknowledged the stellar reporting on the issues. I didn’t miss the opportunity to contrast the Bay View from those other state-controlled so-called newspapers.

In “The Bay View’s First Amendment Campaign: an update,” Randall Sondai Ellis wrote that he was to have been the lead plaintiff, along with other prisoners and the Bay View newspaper, in a lawsuit challenging the CDCR practice of “validating” prisoners as members of a prison gang and consigning them to the SHU for possessing a copy of the Bay View. Prison officials consider the Bay View as evidence of gang affiliation because George Jackson, Black August and the Black Panther Party are often mentioned. Unfortunately, the attorney who was working on the case was unable to pursue it. The situation is further discussed in “California prisons silencing SF Bay View.” As more and more prisoners struggle to survive California’s torturous SHUs, an attorney to take the case is urgently needed. Anyone interested is encouraged to contact Bay View editor Mary Ratcliff at (415) 671-0789 or editor@sfbayview.com or Randall Ellis, C-68764, SHU D2-213, P.O. Box 7500, Crescent City CA 95531.