Vote No on both measures C and D, pension reform, and consider a more sustainable revenue source.

To save money, the city needs to cap salaries and pensions. One hundred thousand dollars is a nice round number for any city manager. Pensions should be a small percentage of the $100,000.

Let’s get back to working for the city as a civic duty, not a cash cow. And quit blaming the ordinary city worker for the financial woes they did not cause. 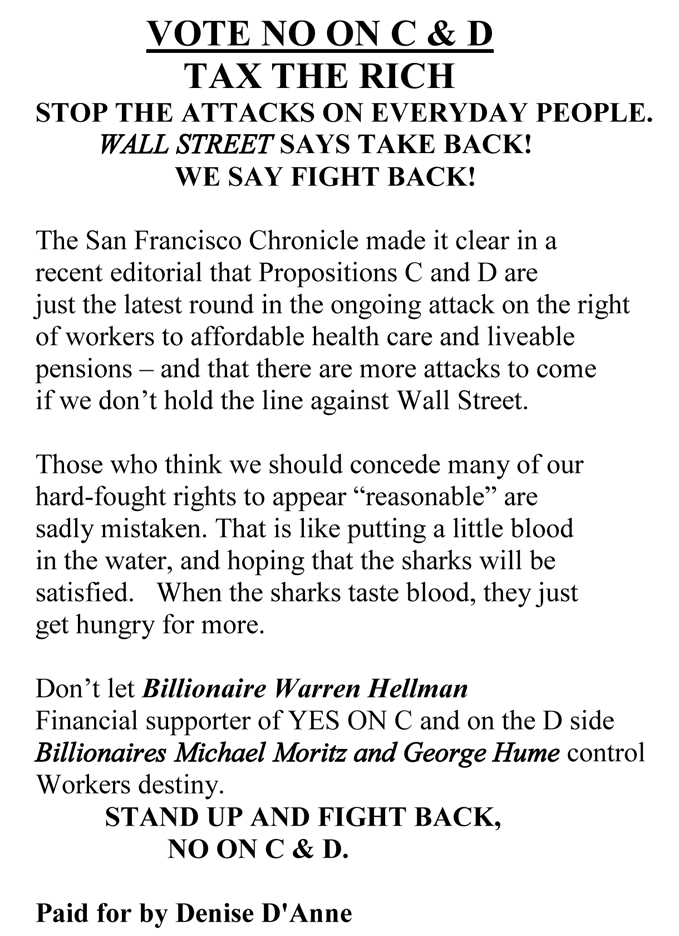