Hi, my name is Denika Chatman and I am the mother of Kenneth Harding Jr. Many of you know that my son was brutally murdered by the San Francisco police on July 16, 2011, over a $2 Muni transit fare. Since the murder of my son, my life has drastically changed. I have left my hometown of Seattle, Washington, and my livelihood and relocated here with my 4-year-old daughter Mi’Neika to stand for righteousness while seeking justice for the murder of my son.

It has been almost six months since my son was killed and there are still unanswered questions. The City and County of San Francisco is not trying to help me find out why the police murdered my son. There were video cameras located on the city property where my son was murdered. The police confiscated them and have not released any evidence that their officers committed a justifiable homicide. There have also been many videos released on YouTube showing in full detail the murder of my son. The city will not help me for being a victim of a violent crime. I haven’t even grieved the loss of my son because I’m out on the front line with my frontrunners forcing the issue of justice. 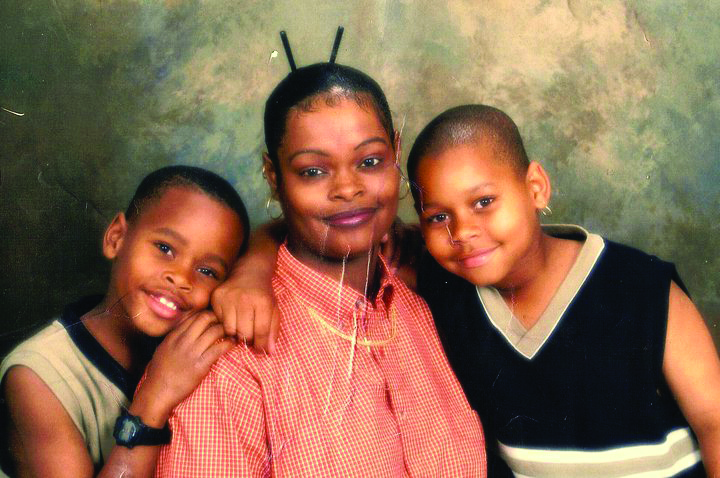 It has been extremely hard trying to pick up the pieces in my life. My life is no longer about me. Since relocating here, I have become an activist, an active protester and a public speaker. My life purpose now is to prevent any other child from experiencing such a heinous death. I have been active within the Bayview Hunters Point community. I have been going into the high schools, colleges and universities reaching out to the youth and building awareness that this is happening and trying to create prevention so that no other parent has to experience this. I have spoken out against police brutality at several events including the 44th annual Black Panther Party reunion.

Since relocating here, I have become an activist, an active protester and a public speaker. My life purpose now is to prevent any other child from experiencing such a heinous death.

It was extremely hard getting through the holidays without my son. I don’t have a mother, father or grandmother; everyone has passed away. All I have is my kids and grandkids, who are still in Seattle except for my baby. The community has supported me and adopted me; however, I also needed help from different organizations and agencies and was turned away. Why won’t they help me? Everyone who came out in the beginning while the cameras were rolling offering their help and support disappeared when the cameras shut off. The community, however, remained on the front line in solidarity with me. 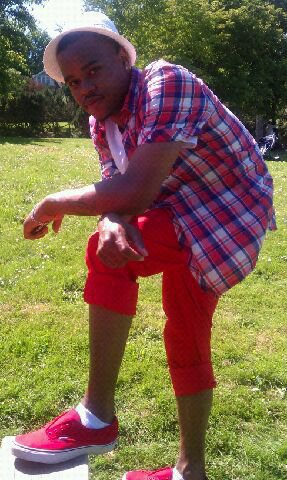 We have started the Kenneth Harding Jr. Foundation and we need donations. I need transportation to remain in my son’s movement. I have to travel back and forth to the city and I need help. It’s cold and I have a baby and it makes it difficult to get around. The foundation also needs startup money so that we can obtain the materials that we need to be effective to the youth of the community. I’m personally seeking financial help to help me within this new life. We need T-shirts, venues and a vehicle donated to help us with this movement.

I would like you to know that this fight for justice is not just about what happened to my son. This is about standing up and fighting back against police brutality and other injustices committed by the police and the 1 percent alike. Many people, such as DeBray Carpenter (aka Fly Benzo), Pladee Clayton and Kilo Perry have had their rights violated, have been assaulted and incarcerated for openly speaking out against the police and the murder of my son. Witnesses have been pulled over and threatened by the police that their parole or probation will be violated if they say anything. Kilo Perry went to jail for being in the community collecting witnesses. DeBray and Pladee are fighting bogus charges in court for attending a press conference and openly speaking out about what they witnessed the police do to my child.

This fight for justice is not just about what happened to my son. Many people, such as DeBray Carpenter (aka Fly Benzo), Pladee Clayton and Kilo Perry have had their rights violated, have been assaulted and incarcerated for openly speaking out against the police and the murder of my son.

We have to fight back, but it takes more than me; it takes a community. These brothers need help so that they don’t face any more jail time for standing up for what’s right. We need to continue to support them. DeBray needs donations to help pay off his bail. I need you to continue to support me and this movement. The power is in the people, not in politics; the power is in numbers. 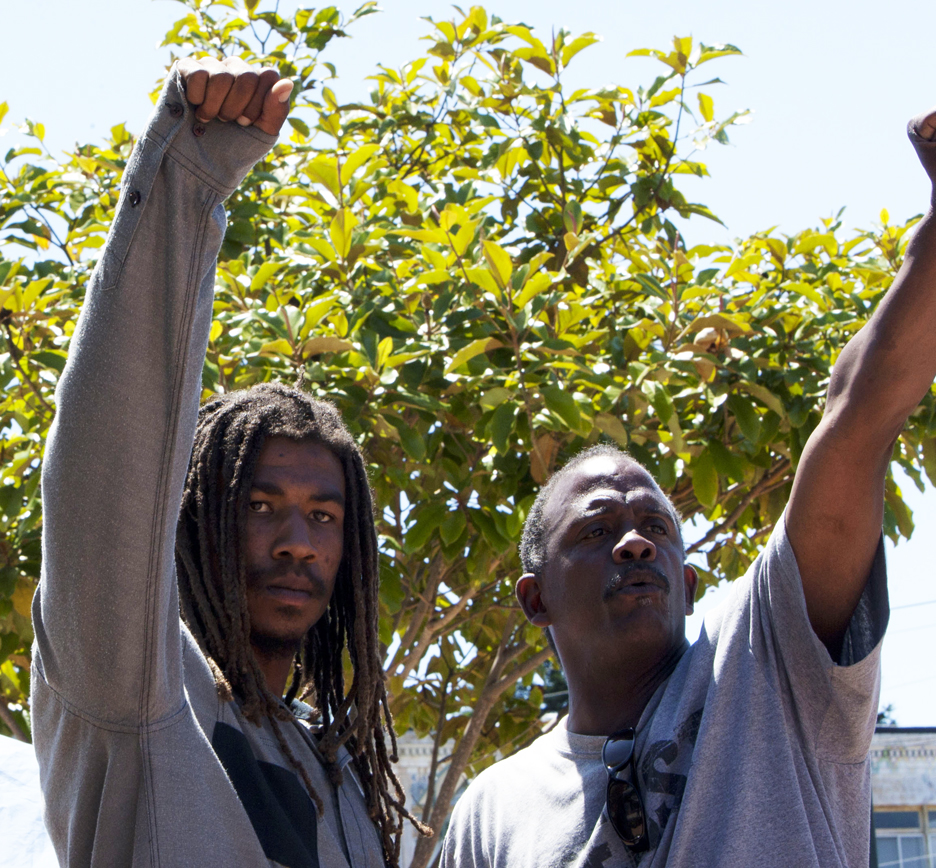 We are the majority; we can’t let history repeat itself. We have to move forward, and that starts with us standing as one for a righteous change. We need to teach one another; what if it was your child? Many have come before me and it’s time for the killing, brutality, terrorizing and occupation of our communities by the police to stop.

What if it was your child? Many have come before me and it’s time for the killing, brutality, terrorizing and occupation of our communities by the police to stop.

I would like to thank Minister Christopher and the Nation of Islam for the continued support spiritually, financially and mentally. I would like to thank Rev. Brown and the NAACP for their contribution and getting me through the midnight hour. I also would like to thank Bishop Lee for allowing me to call upon him every time I needed to leave my burdens at the altar. Mr. Willie Ratcliff and Mary, you guys are great and I really appreciate you. JR, the minister of information, I need you to know that we ride together. You all should know that when my son was killed, JR travelled to Seattle to make sure me and my children were all right. He also brought Malcolm X’ grandson with him, and that’s a life experience I will always be grateful for. 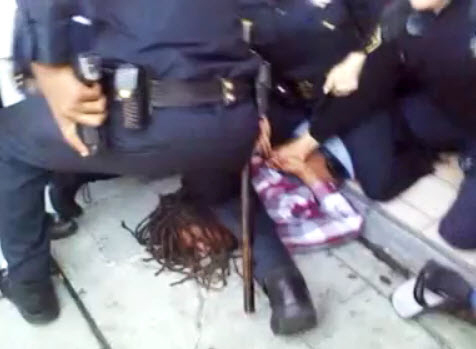 To my surviving children and grandchildren, I love you dearly and always. To the family of Oscar Grant, I will never be able to thank you enough for helping me get through the hurt and pain and for being here for me and my family. To my board members, we all ride together and thank you for still being on the front line and not allowing me to go through this alone. Larry Felson, I want to thank you for being a true blessing in my life. To everyone who supports this movement, all my new family, and all the organizations that I stand in solidarity with, I appreciate you and want to personally thank you.

If you would like to submit a donation, you can contact me personally at (323) 519-4177; you can also email me at neikneek@gmail.com. If you would like to be a part of this movement or see everything that we have accomplished, you can log on to Justice 4 Kenneth Wade Harding Jr. on Facebook. For those who don’t know what happened, you can watch the video yourself (see Why should you die for a transfer?) and make your own informed opinion. Kenneth Harding Jr. will live forever in us.

Dear Denika, the Bay View salutes your courage, your dignity and your diligence and persistence and stands ready to help you win justice for your son. As you so eloquently say, “It’s time for the killing, brutality, terrorizing and occupation of our communities by the police to stop.”