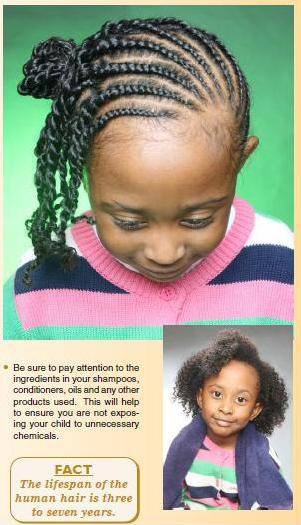 Marcus Garvey, founder of the Universal Negro Improvement Association (UNIA), refused to allow advertisements for products to lighten the skin and straighten the hair of African Americans in The Negro World, the UNIA’s newspaper. That was “back in the day” – between 1918 and 1933 – when the paper had a circulation estimated at close to 200,000 per week.

During the 1960s, Black Power and Black Pride proponents ushered in “naturals” and “afro” hair styles. In between shouts of “Right on” and “Power to the people,” many of these proponents declared that the hair straightening process was damaging to the brains of African Americans. These proponents were more than likely speaking figuratively about the psyche of Blacks; but from a literal standpoint, they may have actually been on to something.

Very little if any media attention or research has looked at the possible connections between African American beauty salons, the personal care products utilized primarily by Black women and adverse health outcomes, specifically in the area of reproductive health. But that has begun to change.

In May of 2011, Dr. Mary Beth Terry and others authored a study which found that African-American and African-Caribbean women were more likely to be exposed to hormonally-active chemicals in hair products.

Terry’s study, “Racial/Ethnic Differences in Hormonally-Active Hair Product Use: A Plausible Risk Factor for Health Disparities,” published in the Journal of Immigrant Health, found that the African-American and African-Caribbean women surveyed used products that contained chemicals that are commonly referred to as endocrine-disrupting chemicals (EDCs), which have been linked to various reproductive effects and birth defects, breast cancer and heart disease.

Most recently, a team of researchers led by Dr. Lauren Wise of Boston University’s Slone Epidemiology Center found strong evidence which indicates that African-American women’s hair relaxer use increases the risk for uterine fibroid tumors by exposing Black women to various chemicals through scalp lesions and burns from the products.

Fibroids are non-cancerous growths that develop in or just outside a woman’s uterus (womb) from normal uterine cells that begin to grow abnormally. Although fibroids tend to be extremely common, African-American women tend to get them two to three times as often as white women and tend to experience more symptoms from them, such as prolonged and heavy menstrual flow, difficulty conceiving a child, and instances of pain during menses and also during intercourse.

Wise’s team also found that women who got their first menstrual period before the age of 10 were more likely to have uterine fibroids. The researchers followed more than 23,000 pre-menopausal African-American women from 1997 to 2009 and published their study, “Hair Relaxer Use and Risk of Uterine Leiomyomata in African-American Women,” onlined in the Jan. 10, 2012, edition of the Journal of American Epidemiology.

Researchers have also posited that a link exists between the early onset of puberty in Black girls and Black hair care products. In a study of 300 African-American, African-Caribbean, Hispanic and white women in New York City, the reported age when these women experienced their first menstrual period (menarche) varied from age 8 to age 19; however, the African-Americans were more likely to use hair products and reached menarche earlier than other racial or ethnic groups.

Dr. Tamarra James-Todd of Boston’s Brigham and Women’s Hospital is the lead author of “Childhood Hair Product Use and Earlier Age at Menarche in a Racially Diverse Study Population,” published online in the June 2011 Annals of Epidemiology. The study specifically cited the use of hair oils and hair straightening (“perm”) products and the onset of early menarche in the women.

According to figures from the Black-Owned Beauty Supply Association, African-Americans are estimated to spend between $7 billion and $9 billion dollars per year on hair and beauty products. The potential costs to our health, however, have yet to be adequately quantified.

“Take the kinks out of your mind, instead of out of your hair.” – Marcus Mosiah Garvey, founder, Universal Negro Improvement Association

Black women today who strive to take Marcus Garvey’s admonition to heart are in a better position than their sisters of the past. Research focusing on the products used in African-American beauty salons – and homes – is increasing; and while the findings are showing links to adverse health outcomes primarily amongst Black women, there exists an increased motivation for natural, less toxic beauty products, as well as calls to more stringently regulate the personal care product industry. 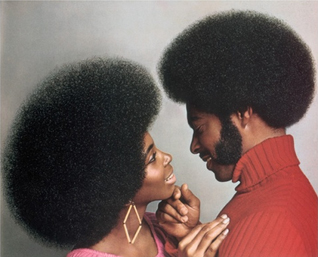 In Los Angeles, Black Women for Wellness (BWW), a Leimert Park-based, grassroots health and wellness advocacy organization, has produced a “green chemistry” booklet entitled “Black Going Green,” which is a part of their “Green Chemistry Initiative.”

The 28-page booklet, which is geared toward African American women and girls, lists many chemical ingredients and the possible health risks of everyday household and personal beauty products, and provides many healthy and environmentally-friendly alternatives.

Readers will find information on products and chemicals such as relaxers, detanglers, shampoo and conditioner, nail polish and lipstick.

“In order to make better choices and be more critical consumers, we understood that arming Black women – the primary caretakers in our communities – with reliable information was key,” said Nourbese Flint, program director at Black Women for Wellness and project coordinator for the booklet. “This is one small step to help Black women make the kinds of choices that are critical to increasing our community’s health and well-being,” said Flint.

Also as part of its Green Chemistry Initiative, the organization has organized a “Beauty Salon Campaign” to conduct research amongst African American beauty salons to explore possible connections between products utilized primarily by Black women and possible reproductive health disparities.

According to BWW Executive Director Jan Robinson-Flint, the project, which is still in the data-gathering stage, is doing a survey of beauty supply stores, beauty salons, barber shops and wig shops within a one-mile radius of the organization’s Leimert Park-based headquarters – approximately 60 stores in all.

“We asked the owners and the stylists what were the products that they were using? And from those products what we did was create a list of the top 10 chemicals … and then looked at the impact of those chemicals – because they’re toxins – on our health and well-being. Anytime you look at any statistics for Black women, you’ll find that we are at the top,” said Robinson-Flint.

BWW plans to rate the chemicals in terms of how toxic they are once the results of their research are made public.

Another component of BWW’s Green Chemistry Initiative is an Activist and Advocate Academy organized with the goal of “developing a cadre of women and youth working with the African American and Black community to increase information and education on Green Chemistry issues as they impact health and wellbeing, and increase the voices of African American women and girls with environmental justice issues as they impact our health and wellbeing.”

Dera Baskin, a midwife and health educator, attended the academy in 2011 with the purpose of learning how reproductive and environmental justice intersect and to find out what the common citizen can do to change personal and community environments.

As a “birth worker,” Baskin said that many of the families she works with are not aware of the exposure to chemicals in their home environments and how they can reduce or remove them. “All in the name of beauty and looking cute … we are damaging our bodies and [our] ability to bring forth healthy babies … we often buy products because of the brand, smell, what it will do aesthetically without thinking about what it will do long term. I wanted to be able to learn and share accurate information with people who look like me,” she said.

Black Women for Wellness is a member of the National Healthy Nail and Beauty Salon Alliance which works to raise the profile of salon worker health and safety issues primarily in the Asian/Pacific Islander community. Along with the Bay Area-based California Healthy Nail Salon Collaborative, the group has provided testimony before congressional committees in Washington, D.C., regarding concerns of African-American salons and their clients.

Saffiyah Edley, the owner of Los Angeles-based Luv Mi Kinks told the Salon Worker Health and Safety Congressional Briefing in Washington, D.C., last May that a truly “natural hair care industry” is needed “where hair product manufacturers can’t hide behind harmful ingredients.” Edley said, “Awareness is needed for stylists and clients around the harm that may be caused by using certain products. But what’s needed the most is that manufacturers must take responsibility for products on the market today that they are making and take out harmful chemicals.”

In addition to helping to organize the congressional briefing, the Oakland-based California Healthy Nail Salon Collaborative, along with the Environmental Finance Center (EFC), has also produced a “Techniques to Achieve Naturally Healthy Hair” to highlight sustainable alternatives for hair care.

The multicultural, multiethnic publication gives an explanation of five basic hair textures: wavy, tightly coiled, straight, very curly and grey hair, which is included because of its different growth pattern and occasional difficulty in managing.

The guide also provides tips on natural hair styles for men, women and children such as braids and pony tails, natural curls and crimps, and the use of a flat iron for straightening. Natural care techniques mentioned in the guide include avocado or olive oil hair conditioners, using witch hazel for dandruff and sunflower oil for moisturizing and tips for “greening” hair salons.

A project of the Environmental Protection Agency, the EFC seeks to build green economies and foster sustainable communities in the U.S. by working with government and industry, communities and Native American Tribes.

The partnership between grassroots groups, business and government will be necessary for success.

Says Saffiyah Edley, “There are safer alternatives, but we need regulation in order to really push them forward.”

The chemicals found in common African-American hair products are known as estrogen and endocrine-disrupting chemicals or EDCs. Although comprehensive research is ongoing, many of these chemicals are believed to be linked to reproductive effects and birth defects, breast cancer, heart disease, cognitive disorders, premature puberty and altered immune function, to name a few.

Thandisizwe Chimurenga is a Los Angeles-based writer and a 2011-2012 New America Media Environmental Health Justice Fellow. Thandi is also the conductor of the CyberGround Railroad, “Black Los Angeles’ News and Views Source,” a community journalist and a founder and host of Some of Us Are Brave, a Black women’s public affairs show on KPFK-Pacifica Los Angeles. She has reported for the L.A. Watts Times newspaper, KPFK Evening News and Free Speech Radio News. She covered the trial of Johannes Mehserle, who murdered Oscar Grant, for the Bay View and several other Bay Area news organizations and is the author of a forthcoming book on the trial. She can be reached at tchimurenga@gmail.com.