Written Dec. 9, 2010 – Everyone knows the U.S. has the highest rate of incarceration in the world, higher than China’s with four to five times our population, and it continues to spiral. One in 100 adults is locked up in this police state, now totaling 2.4 million, while one in 31 is under some other form of penal control – over 7 million. 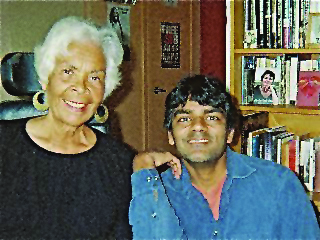 Few people in America, especially the underfunded, don’t have a friend, relative, classmate or colleague in prison. We also know that most prisoners are there for non-violent, often drug related issues. Yet we keep silent.

“Your silence becomes approval,” wrote our brilliant journalist and revolutionary, Mumia Abu-Jamal, held under threat of death 29 years to this date for a crime he didn’t commit. [Mumia was finally released to general population this month.]

Studies have long proven that punishment – not to be confused with consequences – produces negative results more often than not, while rehabilitation and/or appropriate therapy and treatment usually works. “Cure the sickness to save the patient.”

Ancestral societies had no prisons. Offensive behavior brought social consequences, ostracizing, or banishment from the community. Often the offender was made to serve the people – the community – in a menial job.

Raj Patel recently investigated the justice system of the Zapatistas in Chiapas, Mexico, and learned they had devised a system much like the one described above.

Please bear in mind that the worst of the worst criminals in this nation are in the White House, Wall Street and the Pentagon. The solution to a corrupt, fascist government has to be revolution. The 1 percent replaced by the 99 percent.

Today’s news reported still more draconian sentencing for California prisoners has been proposed. Up to 15 years can be added to a person’s sentence between parole hearings that used to be annual before being raised to a maximum of five years. Now parole board hearings will in fact be resentencing courts in many cases. For example, Hugo Pinell (Yogi) has been in supermax solitary for most of 46 years. If he goes to the parole board next month, he could be told his next hearing for parole would be 2026 – at which time he’d be 80 years old. Sundiata Acoli was just denied parole for 10 years after 37 years in prison, and he’ll be 83 at his next hearing. Cruel and unusual?

“The latest edition of the NAACP’s Legal Defense Fund’s ‘Death Row USA,’ shows that the number of people on death row in the United States is continuing to slowly decline, falling to 3,261 as of Jan. 1, 2010,” reports the Death Penalty Information Center. “California (697) continues to have the largest death row population, followed by Florida (398) and Texas (337). Pennsylvania (222) and Alabama (201) complete the list of the five largest death rows in the nation.”

The U.S. is the only Western nation that still imposes capital punishment that is blatantly racist in its execution.

In protest of the inhumane living and working conditions [especially the total lack of pay for their work in or out of prison; when Georgia prisoners are farmed out to private employers, the prison takes their earnings] in Georgia’s prison system, the nation’s fourth largest, prisoners staged a one-day strike on Dec. 9, 2010.

Black Agenda Report managing editor Bruce Dixon reported on his blog, “In an action which is unprecedented on several levels, black, brown and white inmates of Georgia’s notorious state prison system are standing together for a historic one day peaceful strike today, during which they are remaining in their cells, refusing work and other assignments and activities. This is a groundbreaking event not only because inmates are standing up for themselves and their own human rights, but because prisoners are setting an example by reaching across racial boundaries which, in prisons, have historically been used to pit oppressed communities against each other.”

Pacific Radio just reported that Georgia’s prisons are under lockdown and guards are forcing prisoners out of their cells and beating them.

I salute the courage and international solidarity of the Georgia prison strikers. We should act promptly to prevent another Attica! [Retaliation was swift and severe. Several prisoners barely survived the guards’ attacks; one was beaten with hammers. But the groundwork was laid for prisoners across the country to stage strikes. Lucasville prisoners in Ohio staged a hunger strike in January 2011, and 12,000 California prisoners were on hunger strike at some time during several rounds of a hunger strike begun on July 1, 2011.]

The struggle continues! Long live the spirit of George and Jonathan Jackson!

Kiilu Nyasha, Black Panther veteran, revolutionary journalist and Bay View columnist, blogs at The Official Website of Kiilu Nyasha, where episodes of her TV talk show, Freedom Is a Constant Struggle, along with her essays are posted. She can be reached at Kiilu2@sbcglobal.net. Kiilu reposted this story, written Dec. 9, 2010, in honor of Occupy 4 Prisoners Day, Feb. 20, 2012.