Bilingualism in schools is an interesting and controversial topic. For Asian- and Latino-Americans, there are classes such as ESL (English as a Second Language), ELL (English Language Learner) and LEP (Limited English Proficiency), yet and still, Dr. Taiwanna D. Anthony and Dr. William A. Kritsonis, in their doctoral forum, “Bilingualism and How it Impacts the African American Child,” note, “Literacy has been on the decline in the African American culture for many years,” and the issue has gone overlooked.

One attempt to address the issue was Oakland School Board’s 1996 Ebonics Resolution, which proposed similar literacy programs for African American students who primarily speak Ebonics at home. The Los Angeles Times reported, “The Oakland resolution calls on the district to provide teacher training in so-called Ebonics, recognize it as distinct from standard English, and help black students who use Ebonics to master standard English.”

However, the attempt was highly controversial, primarily due to the fact that many misunderstood the resolution to mean abandoning standard English and teaching students only Ebonics. If African Americans are struggling to learn English, they should be given the same liberties as a native Spanish speaker or someone who speaks Mandarin; however, there are many conflicting opinions on this topic from both the African American community and from the government.

Another time there was a similar debate was in 1974, when a civil rights case was brought by Chinese American students from San Francisco with limited English proficiency. The name of the case was Lau v. Nichols, in which, according to Wikipedia, the students claimed that they were not receiving special help in school due to their inability to speak English. They argued they were entitled to special help under Title VI of the Civil Rights Act of 1964 because of its ban on educational discrimination on the basis of national origin.

Consequentially, ELL classes were developed. The Civil Rights Act of 1964 was an 11-title act enacted July 2, 1964, which outlawed major forms of discrimination against Blacks and women. The act ended unequal voter registration requirements and segregation in schools and in “public accommodations.”

Dr. Theresa Perry and eminent scholar and author Lisa D. Delpit in their book, “The Real Ebonics Debate: Power, Language, and the Education of African-American Students,” argue in favor of the Oakland resolution to legitimize Ebonics due to the fact that African American students were underachieving. They provided the following statistics.

“Comprising 53 percent of the students enrolled in the only predominantly Black school district in the state of California, African-American children accounted for 80 percent of the school system’s suspensions and 71 percent of students classified as having special needs. Their average grade point average was a D+.”

A sociolinguist from the Department of Linguistics at Stanford University endorsed the resolution and actually fought to get a resolution passed by the Linguistic Society of America legitimizing the language, as he explains in his essay, “The Ebonics Controversy in My Backyard: A sociolinguist’s experiences and reflections.”

“Comprising 53 percent of the students enrolled in the only predominantly Black school district in the state of California, African-American children accounted for 80 percent of the school system’s suspensions and 71 percent of students classified as having special needs. Their average grade point average was a D+.” – Dr. Theresa Perry and Lisa D. Delpit

“Ebonics” is a combination of “ebony” and “phonics” – “ebony” meaning black and “phonics” for sounds; however, when it comes to defining Ebonics, many contradictory attempts have been made. According to Smitherman, Dr. Robert L. Williams in his 1975 book, “Ebonics: The True Language of Black Folks,” defined the term as the “linguistic and paralinguistic features which on a concentric continuum represent the communicative competence of the West African, Caribbean and United States slave descendants of African origin.”

Dr. Robert L. Williams in his 1975 book, “Ebonics: The True Language of Black Folks,” defined the term as the “linguistic and paralinguistic features which on a concentric continuum represent the communicative competence of the West African, Caribbean and United States slave descendants of African origin.”

Nevertheless, Washington Post writer John F. Harris in his article, “U.S. Bilingual Education Funds Ruled Out for Ebonics Speakers,” emphasizes that on Dec. 24, 1996, less than a week after the controversial Oakland School Board Ebonics Resolution, the Clinton administration denounced it stating that “Black English” was a form of slang, had no place in the classroom, and that no federal funds allocated to the school district for bilingual education can be used for students who predominantly speak Ebonics.

According to the Los Angeles Times, a prominent African American civil rights activist, Jesse Jackson, had a similar opinion of the resolution, stating that “I understand the attempt to reach out to these children, but this is an unacceptable surrender borderlining on disgrace … It’s teaching down to our children and it must never happen.” African American legend author Maya Angelou agreed and refuted the idea, stating, according to the Los Angeles Times, “The very idea that African American language is a language separate and apart is very threatening, because it can encourage young men and women not to learn standard English.”

According to CNN in the article “Jackson, Oakland School Board Discuss Ebonics,” teacher Patricia Jensen argues, “All the attention has been focused on the sections that say … instruction will be imparted in the primary language; that’s where the confusion has come.” She then adds, “If that had been amended or clearly written down, I think this would die down.” 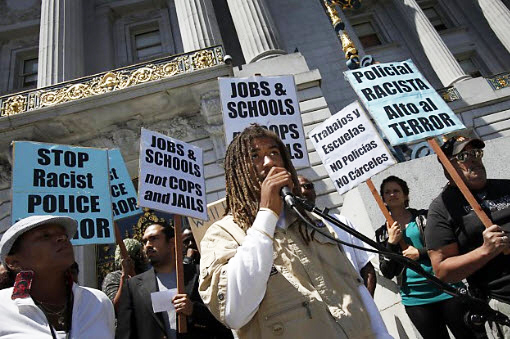 Jesse Jackson, however, in that same article, recanted his statement in a Dec. 30, 1996, interview with CNN claiming, “The intent is to teach these children standard American, competitive English, because if they cannot read, they cannot reason.” He then reasons, “Just as you go from Spanish to English, go from improper grammar to English.”

Contrary to the initial thoughts of Jesse Jackson, Maya Angelou and the Clinton administration, York College Honors Program graduate Stacey Thomas, in her scholarly article, “Ebonics and the African American Student: Why Ebonics Has a Place in the Classroom,” insists that it is a worthwhile program and documents its success. For this purpose, she confirms Regina Wilder’s article on the subject, “Ebonics is Working: Three Years Later,” stating that “the article notes that ‘the students have tested above district averages’ in reading and writing skills.”

Thomas also quoted Courtland Milloy’s article, “Nothing’s Funny About Ebonics,” in which he noted, “Once students see and comprehend the differences between Standard English and Ebonics in terms of structure and syntax, they display a greater understanding in Standard English, and as a result, decrease their use of Ebonics, which has transpired in the Oakland School District.” Thomas then declares the Oakland School District proved that Ebonics can help African American students learn and communicate in standard English.

In spite of the Civil Rights Act of 1964 and Lau v. Nichols, African Americans continue to be held at a disadvantage when it comes to learning English, partially due to their natural disposition to Ebonics and partially due to the discrimination and the indifference of America’s public school system. The Civil Rights Act of 1964 barred discrimination, specifically against Blacks and women in schools and in “public accommodations”; however, Blacks have been yet to benefit from Title IV, which prevents discrimination by government agencies that receive federal funds.

The Civil Rights Act of 1964 barred discrimination, specifically against Blacks and women in schools and in “public accommodations”; however, Blacks have been yet to benefit from Title IV, which prevents discrimination by government agencies that receive federal funds.

Bayview Hunters Point community advocate and straight-A City College student DeBray “Fly Benzo” Carpenter can be reached on Facebook, at Fly Benzo’s Blog, where this story first appeared, or at flybenzo@gmail.com. For the latest developments in the police effort to silence Fly by sending him to prison, see “City College student ‘Fly Benzo’ put on trial after heated confrontation with SFPD.”

Pop-up clinic to assist people in getting stimulus checks: Every Saturday in Hunters Point 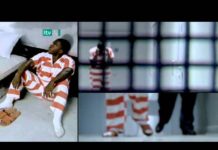 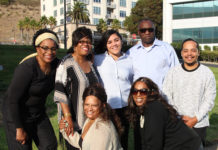