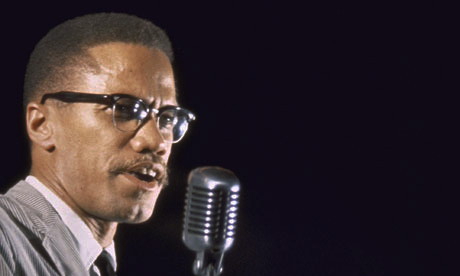 “What you and I need to do is learn to forget our differences. … We have a common oppressor, a common exploiter and a common discriminator. But once we all realize that we have a common enemy, then we unite on the basis of what we have in common.” – Malcolm X, “Message to the Grassroots,” Oct. 10, 1963

Foremost I would like to extend my revolutionary love and give a revolutionary salute to all of the people of the free communities who stood in solidarity with the Pelican Bay human rights movement that became manifest through the course of the hunger strikes, as our ability to struggle and expose the contradictions of state-sanctioned torture that we have been subjected to for the past 10 to 40-plus years would have been impossible to do without the support of the people. So I would like to thank you all!

But for those who are not familiar with the historical materialism of our legacy of struggle that entails a continuum of resistance against the subjugation of U.$. colonial slavery that is perpetrated under the cloak of U.$. imperialism, the Pelican Bay human rights movement, and thus the hunger strike, is an outgrowth of this phenomenon as we collectively stand on the shoulders of those courageous New Afrikan Black sistas and brothas like Harriet Tubman, Nat Turner, Sojourner Truth, Denmark Vessey, Assata Shakur, Frederick Douglass, Betty Shabazz, Gabriel Prosser, Ida B. Wells, George Jackson, Angela Davis, W.L. Nolen, Dessie Woods, Alprentice “Bunchy” Carter, Elaine Brown and Marcus Garvey, just to name a few.

All of these New Afrikan Black sistas and brothas have paved the way for us via their fearless and committed struggle against our oppressors that constituted an unrelenting fight to protect our human rights, while ultimately pursuing the objective of total liberation of all oppressed people, meaning that the hunger strike and in addition to the Pelican Bay human rights movement were not mere aberrations that just appeared out of nowhere.

An example of this truth is echoed by the New Afrikan Black historian and author Herbert Aptheker. In the foreword to the 40th anniversary edition of Aptheker’s classic, “The American Negro Slave Revolts,” John Bracey writes: “From personal experience, I can testify that ‘American Negro Slave Revolts’ made a tremendous impact on those of us in the civil rights and Black liberation movements. It was the single most effective antidote to the poisonous ideas that Blacks had not a history of struggle or that such struggle took the forms of legal action or nonviolent protest.” Understanding people like Denmark Vessey, Nat Turner and William Lloyd Garrison provides us with a link to our past that few ever thought existed.

I am a New Afrikan Black political prisoner and a class representative of the Pelican Bay human rights movement by way of the recent hunger strikes that just took place throughout the prison industrial slave kamps in the state of California and abroad. In August 1994, I was placed in the cross-hairs of the state, as a brotha was commemorating the cultural and historical legacy of my New Afrikan Black ancestors, which entails the redemption and the liberation of all oppressed people from the subjugation of U.$. colonial slavery.

I was abducted from the general population mainline under the false premise that I was organizing prisoners for purposes of carrying forth a physical assault in the spirit of Black August. I was never charged or convicted on this bogus charge! But, nonetheless, 18 years later, I remain confined in their “mad-scientist” like torture chambers as an alleged prison gang member solely because I refuse to become an informant for the state!

Under the false premise that I was organizing prisoners for purposes of carrying forth a physical assault in the spirit of Black August, 18 years later, I remain confined in their “mad-scientist” like torture chambers as an alleged prison gang member solely because I refuse to become an informant for the state!

The manner in which these fascist prison guards targeted and labeled me as a prison gang member speaks to the systemic phenomenon as to how the entire class of New Afrikan Black prisoners within the system of the California Department of Corrections and Rehabilitation (CDCR) is being targeted and labeled as prison gang members via the criminalization of our cultural history for the sole purpose of being relegated to indefinite solitary confinement status in the SHU.

The motivation behind this is simple, as it literally amounts to corporate greed for profit, as it costs taxpayers approximately $80,000 for the housing of each prisoner in the SHU, whereas it costs taxpayers approximately $50,000 to house us prisoners on a general population mainline. Therefore it is within the socio-economic interests of these fascist prison guards of CDCR as operatives of the state to sensationalize crime from the perspective of labeling us as prison gang members, which as a consequence also constitutes the economic exploitation of the people in the free communities, via this “bogey-man” theory of crime. So should you, the people, continue to allow this contradiction to be manifest, when already confronted with the worst economic recession since the Great Depression of the 1930s?

The courts have even ruled that “Black August does not promote violence and that PBSP-CDCR officials have been utilizing a race-based approach to say that our cultural history is gang related.” See Harrison v. I.G.I., Case No. C-07-3824-SI, dated Feb. 22, 2010, by logging onto www.cand.uscourts.gov. Note that although this case was settled on Jan. 13, 2011, the particulars of forthcoming changes are still being worked out.

The courts have even ruled that “Black August does not promote violence and that PBSP-CDCR officials have been utilizing a race-based approach to say that our cultural history is gang related.”

The fact that racism is instrumental in validating New Afrikan Black prisoners as prison gang members is critical as it speaks to the materialism of McCarthyism, in which the Communists were labeled and persecuted as criminals in a similar witch hunt. But more importantly, this practice violates the Universal Declaration of Human Rights, which states: “Article 2. Everyone is entitled to all the rights and freedoms set forth in this declaration, without distinction of any kind, such as race, color, sex, language, religion, political, or other opinion, national or social origin, property, birth or other status. Furthermore, no distinction shall be made on the basis of the political, jurisdictional or international status of the country or territory to which a person belongs, whether it be independent, trust, non-self-governing or under any other limitation of sovereignty.”

So now that the elephant in the room has finally been exposed, it is imperative to understand that our struggle to ultimately uproot the practice of state-sanctioned torture is just beginning! And therefore the support of the people is still needed by way of applying pressure upon your local legislators and politicians by becoming vocal and demanding that they change the laws that legalize the current practices of state-sanctioned torture upon your fellow domestic citizens.

This task can be accomplished by organizing a community-based phone tree and letter writing campaign in which round-the-clock phone calls and letters are made and sent to your local legislators and politicians. Here is a brief listing of individuals who need to hear from you:

Freedom is a constant struggle.

For more information, contact me at Kijana Tashiri Askari, s/n Marcus Harrison, H-54077, D3-133 SHU, P.O. Box 7500, Crescent City, CA 95531, www.myspace.com/dare2struggle or email Tashiri@gmail.com. (Editor’s note: California prisoners have no access to email or the internet, but a supporter of Tashiri will print out messages to his email address and mail them to him.)

This letter was typed by Adrian McKinney.