April 4 – I agree with your view of the corruption in our government and system of laws. I understand your anger and bitterness at the hypocrisy and unfairness! You’ve seen how it works and you’ve seen those you love get the shaft from the system because they’re not rich and don’t have the high level connections. The dirty sh-t going on behind closed doors every day is sickening. It’s fraudulent and a big sham. 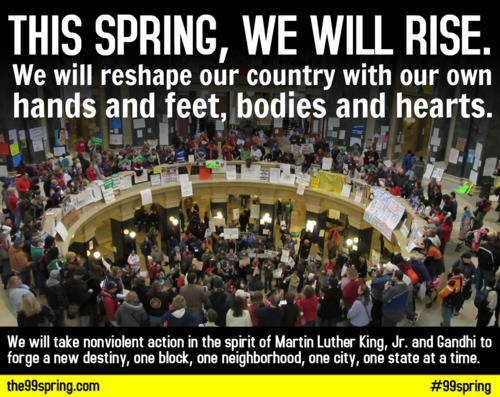 You’ve seen what one of my positions is: Most of us should not even be in these sh-t holes! The only reason for it is money and politics of special interests. The poor aren’t considered a special interest. They’re considered expendable!

There are other evil motives involved. I believe this nation incarcerates so many people for purposes of psychological control of the masses. The article from Moscow in reference to the U.N. petition said many other nations have been discussing the fact that the USA is becoming more and more of a police state. It’s obvious we’re close to becoming a fascist government! But, it might be stopped because more and more people are waking up.

I really believe the time is ripe to force change to California’s sentencing laws and also paroles of lifers – it can be done with peaceful protest type activity. But it will require a very big committed effort. It needs to be propagated real big – exposing the fraud, corruption, waste of billions – and all of it tied into the sentencing laws and failure to parole enough lifers, who are way beyond our minimum terms!

And it will require very solid, committed, direct action. Words are powerful, but they must be accompanied by “direct action” in a coordinated, correlative effort in order to be effective. That’s been the problem with a lot of struggles in this country; during the past 25-30 years, there’s been a lot of words – a lot of rhetorical dialogue about fighting the good fight for change – with little to no direct action.

I believe you have to show by your actions that the cause is serious and worthy of putting lives on the line if necessary to draw attention and force the changes sought. As the old saying goes, “Power to the People!” It’s time. People have power when they come together collectively to make a hard core stand for a cause!

As the old saying goes, “Power to the People!” It’s time. People have power when they come together collectively to make a hard core stand for a cause!

There are thousands of prisoners in the California prison system who are not serving valid sentences – sentencing laws based on special interest politics are not valid. They are political. That equates to thousands of political prisoners rotting in these dungeons while our families and loved ones suffer too.

Families and loved ones need to rally together for the common cause and make a solid, hard core stand to demand changes. “Rights” are not given; they are taken by the people!

In other countries around the world – South America and Africa come to mind – families and loved ones have rallied and stood together in public places – gone on hunger strikes outside the capitol buildings and refused to move until the changes were made. This has been successful.

People out there need to think about these types of direct actions because the time for it is NOW! A STAND AND DEMAND FOR CHANGE HAS TO BE MADE!

Send our brother some love and light: Todd Ashker, C-58191, P.O. Box 7500, Crescent City CA 95532. Todd is one of the four prisoner representatives who presented California prison officials with five core demands and called two major hunger strikes in 2011 that at their peak drew 12,000 participants in prisons throughout California. This open letter was written to and transcribed by Kendra Castaneda. 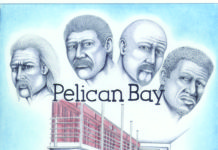 Carpe Diem: The time is now to seize the day by doing what’s right and just for all