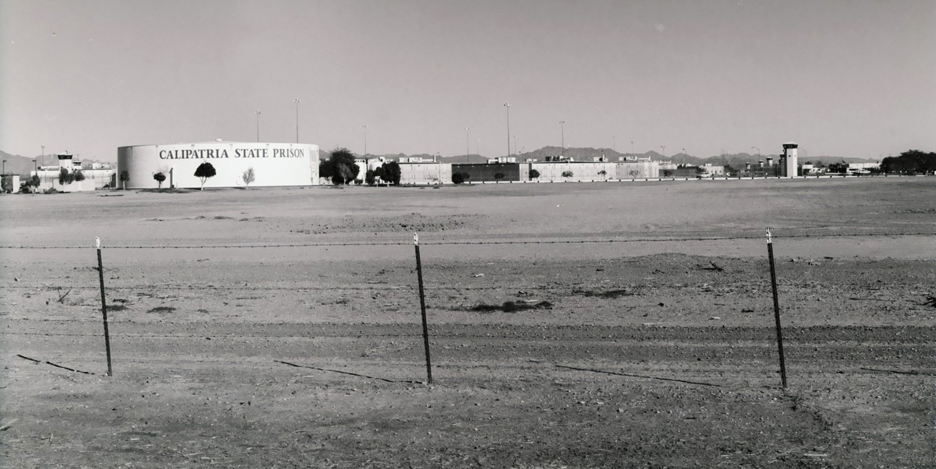 Greetings. First and foremost I would like to extend our utmost love and respect to all who remain strong and positive in their situation and in our situation as one against CDCR’s death grip of long-term segregation.

It has been eight months since the last Pelican Bay-California Statewide Hunger Strike and there have been some “material changes” here at Calipatria ASU [Administrative Segregation Unit]. These “material changes” consist of us being allowed a [TV] appliance and the augmentation of canteen items to our list.

I emphasize these being “material changes” because these are things we’ve had coming for years. Yet, we had to add these items to our own demands here and starve ourselves.

Although we were given these “items” and it appears to be a move in the positive direction, one must remember that we had these “items” coming, but Calipatria’s administration was depriving us of this. This is like patching up a bullet wound by using a band-aid.

In a recent letter to the ROCK newsletter (June issue), an individual wrote that “we won” here in ASU because we got our TVs. That’s a big misstatement! Our objective as a whole is to see an end to all wrongful validations and long-term segregation/isolation.

We all support the men at Pelican Bay State Prison Short Corridor and the Five Core Demands. Not only do they apply to them and the SHUs, but they apply to all of us. As the old saying goes, “United we stand, divided we fall.” We’ve been through two hunger strikes in solidarity with Pelican Bay State Prison and will continue to be as one in unity if another takes place.

Where there have been “material changes” here, there have been NO real changes at Pelican Bay. It took a man to die here for us to be taken seriously and get our voices heard. His death was due to his solitary confinement that brought him mental anguish beyond his control.

This is the type of psychological warfare that CDCR is waging against us. ‘Til this day we are still fighting against their tactics that break the mind, body and soul.

It took a man to die here for us to be taken seriously and get our voices heard. His death was due to his solitary confinement that brought him mental anguish beyond his control. We are still fighting against CDCR’s tactics that break the mind, body and soul.

We are all secluded from the outside world, which limits our voices’ ability to travel. It’s our wives, our families, our loved ones who speak our minds and let the public know that we are and have been living through torturous inhumane conditions.

This has had an extreme impact on all men of every race, who are living their lives in long-term segregation with their loved ones, who they can’t hug, touch or, for most, even see. Yet, to mock our situation, we are told that we must either “parole, die or debrief” in order to get out of this dungeon.

Three men have died during the struggle thus far. And if change for ALL everywhere in these torture dungeons doesn’t come soon, CDCR is going to have a lot to answer for when more men are left to die for what they believe is right.

“The ultimate test of man’s conscience may be his willingness to sacrifice something today for future generations whose words of thanks will not be heard.” – Gaylord Nelson

Robbie Riva, whose CDC number is T-49359, wrote this from Calipatria State Prison ASU on May 28, 2012. It was transcribed by his wife, Kendra Castaneda, who added this note:

“Calipatria ASU unity is strong. They took the example from Pelican Bay’s collective to come together as one in unity since last year just like the hunger strike representatives and other men at Pelican Bay did; all races are bound together at Calipatria ASU as one to fight the green monster. The men have been tested by CDCR. They have gone through two statewide hunger strikes with Pelican Bay to the point where many men at Calipatria almost starved themselves to death during the second hunger strike last September – not only in solidarity with Pelican Bay on the five core demands, but to expose their own inhumane torturous conditions they have endured for years in Calipatria ASU trying to get their voices heard.

“All the while they are being retaliated against by the IGIs (institutional gang investigators) daily, but their unity has not been broken and these men remain very strong and brave against the odds because they continue to resist. And they are not alone; many more men statewide in solitary confinement maintain their strength and courage as well.

“After the only African American in one of their pods supposedly committed suicide in November 2011 from the mental anguish of solitary confinement compounded by IGI retaliation from the last statewide hunger strike, all the men came together even more strongly, though many are labeled Southern Hispanic, white or ‘other,’ to help Hozel Blanchard’s family put the pieces of his death together when CDCR tried to keep it a secret. Many families helped as well. We all have worked together. As Robbie wrote, ‘It’s not all about me; it’s about us all.’”

Kendra can be reached at kendracastaneda55@gmail.com.

Update June 13: The new warden at Calipatria says he is making plans to install cable in the ASU soon since the men received TVs from CDCR in April. The sergeant came into the ASU a few days ago to let the men know just that, and he gave them a message for me: “Let Ms. Castaneda know this so she can stop writing bad things about us.” Well, Calipatria, thanks for giving the men their TVs and cable coming soon so they have more to stimulate their minds, but I won’t stop exposing the inhumane conditions they endure in segregation until the men stop being tortured, until CDCR stops the false validations there and until the five demands of the hunger strike are met. I am going to keep pushing through in unity to fight for these men’s human rights along with many more families and inmates so long as CDCR forces them to stay in segregation. – Kendra Castaneda