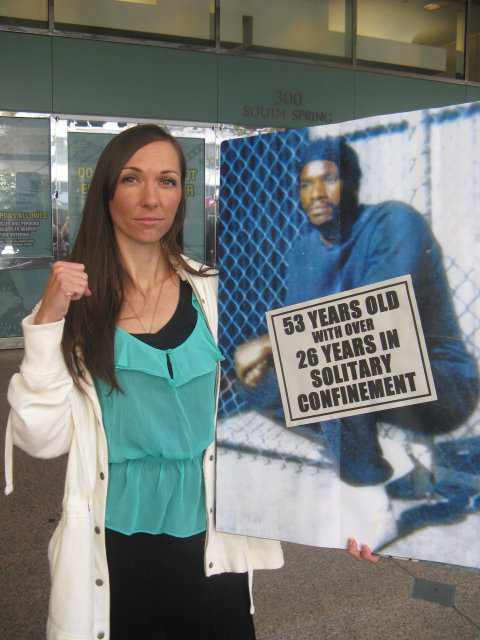 Since the arrival of our ancestors Isabell X, Antonio X and 18 other Afrikan women and men onto the shores of Amerikkka in our Black August of 1619 in Jamestown, Virginia, during the Amerikkkan era of chattel slavery, our slave descendants of the Afrikan human race, consisting of different tribes and countries throughout the continent of Afrika, such as the Zulu, Yoruba, Camaroon, Mandingo and Ashanti, and Caribbeans from Puerto Rico, Cuba, Bahamas, Dominican Republic, Jamaica, Haiti etc., just to name a few areas in which people of color were equally enslaved in North Amerikkka, coalesced to form a New Afrikan ethnic group of people here in the 13 colonies of Great Britain – later titled the United States in 1776.

As our New Afrikan Nation (NAN) fought against chattel slavery, women folks were being raped by their captors – British, Caucasian, White, European, etc. – during the years of 1619 to 1630 and throughout chattel slavery up to June 19, 1865. We have never forgotten!

We (NAN) realized that the child of that vicious rape produced a beautiful new member to our NAN. Even though said child had that dirty rapist’s blood flowing through his veins, that child was born to our New Afrikan Nation and we welcomed him! We realize that there was a genuine relationship between New Afrikan and White people during the late 19th and 20th centuries.

We as the New Afrikans have created a new social order, politically, economically, culturally and militarily (i.e., security to protect our NAN) by all means necessary to our survival. We as New Afrikans have been identified by others as the N-word, Negro, Colored, Afro-American, Black, African-American, when we have always been a nation of New Afrikan people. Unlike any other ethnic group in the U.S., we have been named various ethnic classifications over the past 363 years of our New Afrikan existence. We New Afrikans must now put to rest this miseducation of our ethnic classifications. We are a New Afrikan Nation (NAN) within the borders of the United States.

“Knowing the tradition of our ancestors, a few New Afrikan people, notwithstanding the consequences, call themselves as they see fit and are not defined as others would have us (NAN) to be.” – Our New Afrikan Revolutionary Voice

We must realize as a people that during the years of 1619 to 1630 our NAN developed and continued to evolve socially, culturally and politically and, as revolutionary nationalists, we resisted bondage and oppression brought by chattel slavery. The system of chattel slavery had been in effect for 22 years prior to Massachusetts becoming the first of Great Britain’s colonies to give statutory recognition to chattel slavery in 1641, followed by the slave colonies of Connecticut, Virginia, Maryland, New York, New Jersey, South Carolina, Rhode Island, Pennsylvania, North Carolina and Georgia.

There were a recorded 250 major campaigns of New Afrikan Revolutionary Resistance (NARR) to the system of chattel slavery, beginning in Black August 1619 at Jamestown, Virginia, by our New Afrikan ethnic group (NAEG) of people and an even greater number of lesser known courageous acts by the New Afrikan Revolutionary Nationalist Resistance (NARNR) movement for the survival of our NAN throughout chattel slavery until Juneteenth 1865 and to the turn of the century of 1900 in racist Amerikkka.

In 1657, our New Afrikan and the Native (Indian) slaves joined forces, thereby creating the greater power of these two nations and the greater potential of their protracted liberation struggle for total freedom, justice, retribution and their rights to a nation independent from their oppressors. That potential can only be brought to fruition, considering the chattel slavery both nations faced, through the application of Foco Theory [a form of revolutionary guerilla warfare inspired by Che Guevara and the Cuban revolution; see http://en.wikipedia.org/wiki/Foco]. We, the New Afrikan and Indian nations, understand the cause and effect of the Foco Theory and how it can be effective only when these two nations do not allow themselves to be isolated from their people, thus exposing themselves to the vastly superior fire power of the oppressors, the slave owners.

Thus our combined revolutionary movements, guided by the liberation struggle’s military and political objectives, utilized the tactics for mounting a vigorous campaign of armed struggle and resistance in Hartford, Connecticut, that grew in force and depth to create the atmosphere of panic and fear that ended in the deaths of many slave owners and revolutionary freedom fighters (slaves) that affected the entire state of Connecticut.

In 1613 on Nov. 21 our new revolutionary freedom fighters (slaves) organized and formulated a plan to seize control of slave plantations throughout Virginia. The revolutionary nationalist campaign was brought to a premature conclusion with the betrayal of a rat, turncoat, snitch, informer, debriefer – a New Afrikan slave who had exposed the plan to some slave owners – which resulted in the deaths of several rebel New Afrikan revolutionary nationalist freedom fighters (NARNFF).

The 1700s would mark an advancement in the campaign efforts of the New Afrikan revolutionary guerrilla nationalist resistance movement (NARGNRM) in all spheres of our liberation:

1. We (NAN) have uncovered our new woman/new man;
2. We as the NAN discovered new initiatives that redirected and advanced our NARGNRM;
3. We as the NAN constructed the new progressive guerrilla strategic methods;
4. We as the NAN realized that our revolutionary consciousness has a built-in scientific-social family orientation to survive this phase of our liberation’s struggle against chattel slavery.

Yet, our NAN continues to rise and resist the social construction of chattel slavery!

In 1708 the New Afrikan and Native slaves in Long Island, New York, organized a major campaign of protracted guerrilla war and resistance to chattel slavery in which numerous slave owners and government troops were killed, thus creating fear and panic throughout the state of New York.

Our New Afrikan people have been forced to struggle through feudalism, chattel slavery, industrial revolution slavery, Black Codes, Jim Crow, White supremacy, neo-colonialism and presently racism – institutionalized racism. We shall fight against institutionalized racism wherever we are faced with it, for we know that our ancestors have opened doors for us through their sacrifices, and it is our responsibility to handle the present and future challenges so that the generations behind us will be better equipped to address the challenges of their generation. Back to back, New Afrikan to New Afrikan, fade to pro New Afrikanism!

Toward our New Afrikan month of Black August! Free your mind!

1. “Martin R. Delany and the Beginnings of Black Nationalism” by Derrick Morrison
2. “Handbook of Revolutionary Warfare” by Kwame Nkrumah
3. “There Is a River” by Vincent Harding
4. All of the NARN historical studies

Send our brother some love and light: Brotha Sitawa Nantambu Jamaa, s/n R.N. Dewberry, C-35671, PBSP, D1-117, P.O. Box 7500, Crescent City, CA 95532-7500. Brotha Sitawa is one of four main representatives of the thousands of prisoners who risked their lives in last year’s hunger strikes. They continue to negotiate with prison authorities to win their five core demands. This story was transcribed by Adrian McKinney. 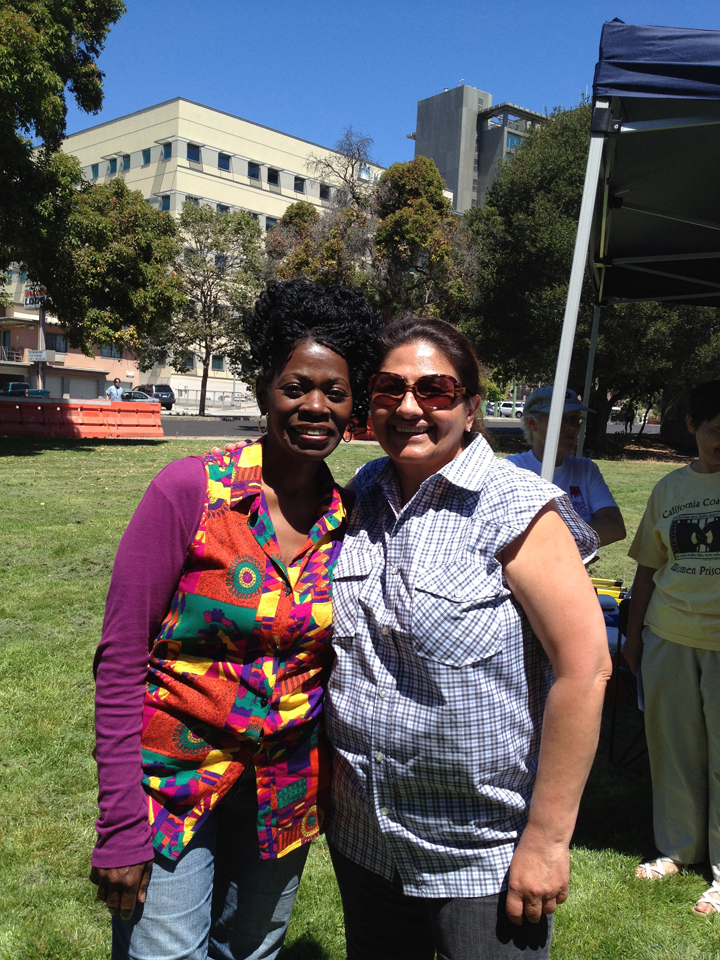 I am the youngest sister of Ronnie Dewberry (Sitawa Jamaa). Ronnie has been held in the Security Housing Unit (SHU) at Pelican Bay State Prison since 1990. That is truly cruel and unusual punishment.

When I heard about the inhumane conditions in the SHU, I broke down crying uncontrollably. Ronnie lives in a cramped, windowless cell for at least 22.5 hours a day. He is let out of the cell only to exercise alone in a concrete enclosure and to shower three times weekly.

He is allowed no phone calls, and they only receive one package per year. His food is often cold and rotten.

Ronnie has chronic stomach problems, swollen thyroid glands and a severe Vitamin D deficiency. He also suffers from high blood pressure and has at times been denied his medication.

He says that being in the SHU feels like psychological torture. This is traumatizing knowing that a loved one is suffering and there’s nothing you can do about it. Ronnie and I are 10 months apart, and we were very close growing up.

At first, he was in prison near our family and we were able to visit regularly. I was able to visit him regularly. Since he was transferred to Pelican Bay in 1990, I have seen him only five times. The drive is almost eight hours in a car in travel … very expensive.

There is so much time between visits that each time Ronnie looks much older. After the long, costly trip, we are only permitted to visit for one hour through a piece of glass. I have not been able to hug my brother in over two decades.

My mother has had several strokes and is now paralyzed, speaks with difficulty and suffers from dementia. She longs to see her only son but she is no longer able to make the long and difficult trip.

Though Ronnie is eligible for parole, he will not be paroled while he is in the SHU. I fear our mother will pass away before she and Ronnie can see each other again.

In 2001, our oldest sibling, Carol, suffered kidney failure and Ronnie set about trying to donate a kidney for her. He was able to get tested and found out that he was a compatible donor. But the prison would not allow him to make the donation.

For years, Ronnie fought for permission to save his sister. Carol died in 2010 in a pool of blood, bleeding out after a dialysis treatment. She was 59 years old.

I am very grateful for this lawsuit and for all of the support that has been given to Pelican Bay prisoners since the hunger strike. The movement to end these barbaric conditions has lifted Ronnie’s spirits as well. For the first time in a very long time, I felt hopeful that Ronnie’s situation might change for the better.

Marie Levin, sister of Sitawa N. Jamaa (Ronnie N. Dewberry), made these remarks during a telephone press briefing May 31 on the class action lawsuit against prolonged solitary confinement at California’s Pelican Bay prison. For more information on the lawsuit, see “Lawsuit Challenges Solitary Confinement at California Prison” by the Center for Constitutional Rights.