Since June 10, according to accounts from prisoners and their families and Rev. Kenneth Glasgow of The Ordinary Peoples Society and the Prodigal Child Project, an undetermined number of prisoners at Georgia’s massive Diagnostic and Classification Prison near the city of Jackson have been on a hunger strike.

Back in December 2010, Black, Brown and white inmates in several Georgia prisons staged a peaceful protest, remaining in their dorms and cells rather than go to meals or work assignments. Their reasonable demands included wages for work, speedier and more transparent status reviews, decent food, real medical care, a more sane visitation policy and the availability of educational and vocational programs behind the walls.

State corrections say they rounded up 37 whom they believed were the strike leaders and put them under close confinement at Jackson, the same prison where Troy Davis was executed last year. Most of these prisoners have remained there in close confinement, with severely restricted access to visits, communication and their attorneys, and without medical attention for the past 18 months.

Some of these men are the Jackson State prison hunger strikers. After two weeks, according to the families of Miguel Jackson and Preston Whiting, they are weak from hunger and subject to fainting spells. But they seem to believe they have little to lose. They are, a letter from one of them asserts, “starving for change.” There were originally 10 of them, but some may have been transferred out, and some other prisoners joined the strike. We hope to have clearer information soon. 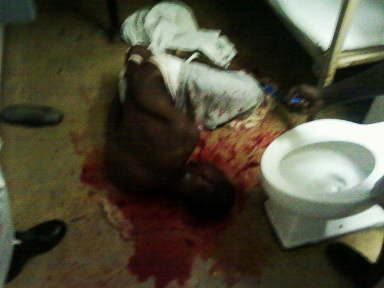 They are demanding access to proper hygiene, medical treatment for their numerous and severe injuries, many of which were inflicted 18 months ago, the restoration of their visiting and communications rights and access to their meager personal property. They and their attorneys insist that the Georgia Department of Corrections follow its own published procedures requiring a status review of every inmate in punitive isolation every 30 days. They further insist that such evaluations be public and transparent so as to preclude the possibility of prejudicial conduct on the party of prison officials.

One of the strikers is Miguel Jackson, who was taken in handcuffs from his cell at Smith State Prison 18 months ago, removed to a secluded area out of range of the video cameras that monitor almost every inch of most Georgia prisons, and beaten with a hammer-like object. Jackson is one of several brutalized prisoners whose injuries have been untreated since.

Despite a blizzard of demands by his attorney, prison officials have refused Jackson and other prisoners medical attention for months. And although they have not eaten in two weeks, Jackson’s wife said, at the nine-day mark when medical necessity usually demands prisoners be removed to the infirmary, prison officials simply told Jackson, “You’re going to die,” and left it at that.

Some of these men are the Jackson State prison hunger strikers. After two weeks, according to the families of Miguel Jackson and Preston Whiting, they are weak from hunger and subject to fainting spells. But they seem to believe they have little to lose. They are, a letter from one of them asserts, “starving for change.”

“Most of civilized humanity regards extended solitary confinement as a crime,” said Rev. Kenneth Glasgow. “No less an establishment figure than Illinois Sen. Dick Durbin, D-Ill., convened an extraordinary public hearing on the subject less than a week ago. We are calling on the governor to ensure proper medical treatment for the hunger strikers, to restore their visitation and other rights and to end their punitive confinement without delay.

“We hope that people around the state and around the country will call the prison, the Department of Corrections and Georgia’s governor to express their concern for the well-being of the prisoners on hunger strike, and we further hope that they will join us on Monday, July 2, for a day-long fast in solidarity with the Georgia prisoners who are only insisting upon their dignity, their humanity, their legal and human rights.”

We at BAR and the Georgia Green Party hope that you will take the time today and tomorrow to do four things:

1. Call, email and/or fax the numbers below. Politely convey your deep concern for the welfare of the prison hunger strikers at Georgia Diagnostic Prison, especially Mr. Jackson. We believe there are about 10 of them.

2. Sign the petition to Georgia’s governor demanding an end to the torture of solitary confinement and punitive isolation in its state prisons at http://endmassincarceration.org/content/sign-petition-stop-torture-georgia-prisons. 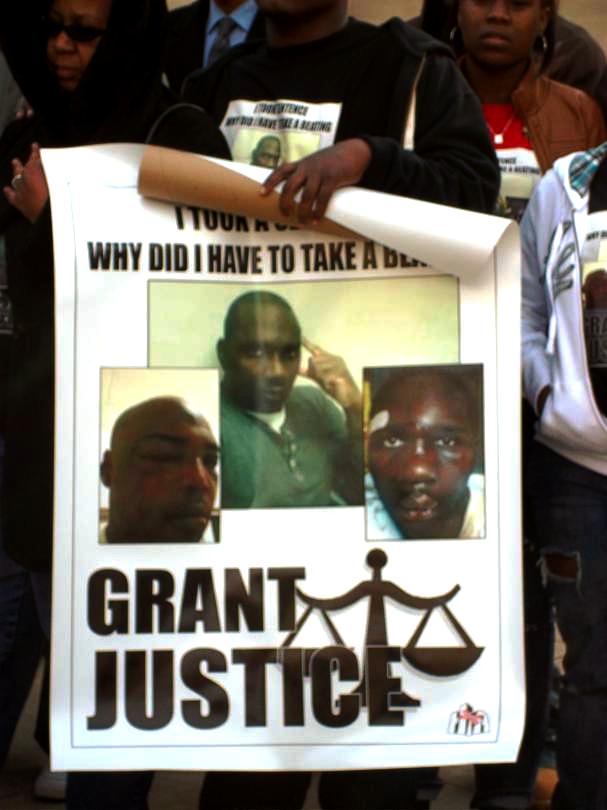 3. Forward this article and the link to it to all your friends, family and co-workers and ask them to do the same. Send or carry a copy to your pastor and ask him to mention the fast on Sunday, and invite him to fast that day as well.

4. Participate in the July 2 solidarity fast with Georgia’s prisoners who are standing up for their human rights across lines of race and religion. The prisoners, like the rest of us, are Black, Brown and white and of varying religious beliefs.

We demand justice for Miguel and the hunger strikers

In January 1994, the “Georgia General Assembly passed Senate Bill 440, which gives the Superior/Adult Court exclusive jurisdiction over youth ages 13 to 17 who have been arrested for one of seven violent offenses, otherwise known as the “Seven Deadly Sins.” These crimes include murder, rape, armed robbery (with a firearm), aggravated child molestation, aggravated sodomy, aggravated sexual battery and voluntary manslaughter,” according to Wiki.answers.com.

In 1995 Miguel was convicted of armed robbery; it was his first offense, and he waived his right to a jury trial. He was convicted and sentenced by Judge William Daniel under the Georgia Seven Deadly Sins law. Judge Daniel was unfamiliar with the new law and he somehow thought that Miguel would be eligible for parole after 10 years. The Seven Deadly Sins law states that parole is not an option. Judge Daniel passed away two years after he sentenced Miguel, and we have been unable to get his sentenced corrected.

The day that shook our world

They told us that Miguel was OK and nothing had happened to him. Unbeknownst to them, we had pictures that said otherwise. We asked them to just let us see him to give us peace of mind and they refused. They advised us that Warden Donnie Thompson had given them orders that if we did not leave, they would call the police and have us arrested.

Needless to say, we left and headed back to Atlanta to find help for Miguel. We contacted Channel 11 News and they got us in contact with the NAACP. We retained our attorney, Mario Williams, on Monday Jan. 3, 2011. The following day he went to visit with Miguel, and Warden Donnie Thompson refused to let him speak with his client.

The head attorney for the Georgia Department of Corrections contacted Warden Thompson and instructed him to allow Mr. Williams to see Miguel and the warden still refused. Mr. Williams was informed that they would make a way for him to see his client and assured him that Miguel would be moved immediately. He also advised Mr. Williams that he would be able to visit Miguel the following day at the new institution. Miguel was transferred to GDCP in Jackson, Georgia, where he has been since Jan. 4, 2011.

Miguel suffers daily for the injuries he sustained at Smith State Prison. He has chronic migraine headaches, a broken nose, and he suffers from post-traumatic syndrome. He still has the hammer indentations in his head. He has been complaining about the headaches and has been told that he would be seeing a neurologist, which still hasn’t happened.

The medication he was recently given for his headaches is actually Neurontin. Neurontin (gabapentin) is an anti-epileptic medication, also called an anticonvulsant. It affects chemicals and nerves in the body that are involved in the cause of seizures and some types of pain. Neurontin is also used in adults to treat nerve pain caused by herpes virus or shingles (herpes zoster). Why would they give him Neurontin medicine when he is complaining of severe headaches and pain in his knees?

On Sunday, June 11, nine inmates along with Miguel declared a hunger strike, stating that they “are starving for change.”

The failure to treat Miguel for the injuries he sustained at the hands of the Georgia Department of Corrections (GDOC) officers has caused extreme stress and worry for the our family. The GDOC don’t even follow their own Standard Operating Procedure (SOP), examples below:

Miguel has been held in maximum security for 18 months. He is being punished for officers beating him, and the officers are going on with their lives as if nothing happened. Where is the justice in that? 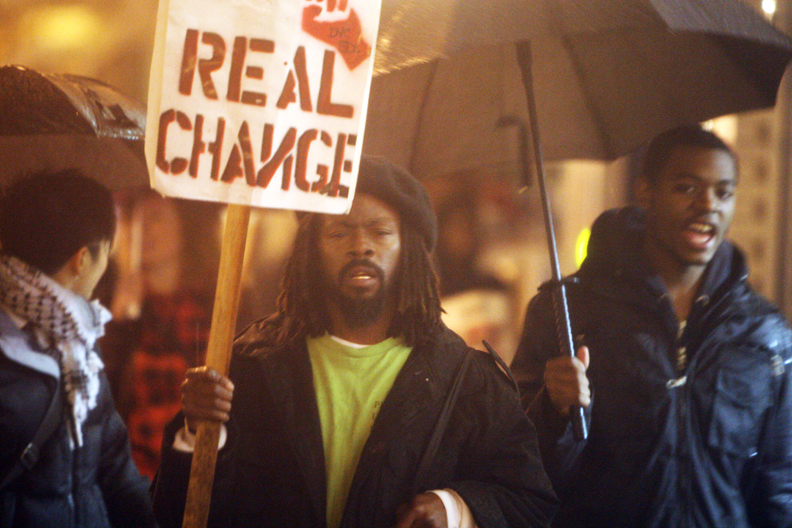 Pastor Glasgow is organizing a solidarity fasting for the hunger strike inmates, including Miguel Jackson, and against the inhumane torturous acts of Georgia prison officials. He’s hosting a rally at the Georgia State Capitol in Atlanta on Friday, June 29, 2012, from 12-2 p.m. Pastor Glasgow is calling on all to come and stand with him and other groups for Miguel Jackson and all inmates being treated wrongly throughout the country.

Please immediately make phone calls and send emails and/or letters to Department of Corrections Commissioner Brian Owens, as well as Georgia Gov. Nathan Deal (contact info listed below). Also, help spread the word by re-posting this solidarity appeal on blogs, email lists, social media etc. If you are part of an organization, send letters and make calls in the name of your group.

Register your protest and support for the 10 GDCP hunger strikers and demand justice by contacting: