by the Black August Organizing Committee

Oakland – As we focus our energies, resources and collective spirits to acknowledge and commemorate another Black August, we give thanks to those who continue to unselfishly recognize and work on behalf of our political prisoners. It is no easy task to stay involved with such an unforgiving and unpopular mission. The law enforcement empire is quite relentless in its ongoing efforts to undermine and destroy the concept and heart of Black August.

It should come as no surprise that the need to build more and stronger support for political captives is greater than ever. The fact that we are forced to count the years of false and unjust imprisonment of Americas’ political prisoners in decades in so many instances should move many more to become very seriously involved in the fight for their freedom.

The names don’t roll off the tongue like some of our more famous movie stars, but that’s only because society’s value system bends our minds to the emptiness of the big screen. When we talk about some of the brothers in Corcoran, Pelican Bay or some other of California’s 34 prisons in which they have been warehoused out of sight out of mind in some cases nearly 50 years, the conversation must involve movement now.

The Move 9 have been held captive 34 years, obvious political prisoners whose family members were burned alive by a government gone mad with power. Why would anyone question working for their freedom? Still they sit, growing older, health failing while the true facts of their innocence are ignored and grow fainter in the minds of some like the years of their wasted lives. Black August is a clarion call to get involved with the Move Organization and all others working to gain their freedom.

The law enforcement empire is quite relentless in its ongoing efforts to undermine and destroy the concept and heart of Black August.

Injustice is heaped upon us as our daily lot, and we preen for the cameras that march us determinedly away from our focus. Black August resistance is about ignoring the temptations and distractions we face year round, if only in the month of August, as we dedicate that energy to solving some portion of the problem of mass political incarceration.

Black August as an entity is totally dedicated to continuing the work of freeing all political prisoners and educating people in so-called free society on the insidiously corrupt and unfixable nature of Americas’ concentration camps. Black August as a concept seeks to involve individuals, groups and organizations in every way possible on a back breaking mission to put America’s night- and day-mare prison system in check. 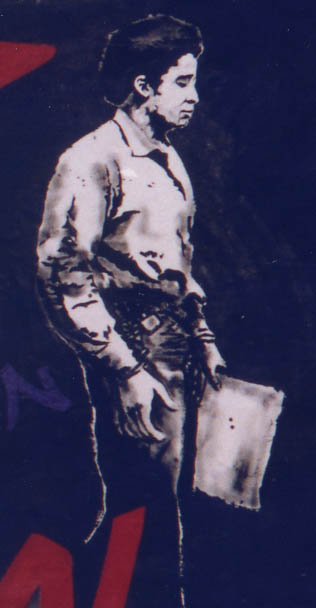 With the numbers of men, women and children flowing through the gates of the largest system of incarceration in the world increasing daily, America is in no danger of giving up or even sharing that no. 1 position and those of us down here on the ground are in danger of oblivion. We cannot afford to ease our vigilance on a policy and system of imprisonment that literally eats our young and tortures our elders to death.

Black August is about that vigilance, about making folks inside know we will not leave them to the embedded cruelty of their captors. Over the past three decades people have used the name Black August to represent issues, causes and personal opinions that have absolutely nothing to do with the original and ongoing concept of working to enlighten the world about Americas’ prisons, solutions and hands-on involvement working with and for political prisoners.

We cannot afford to ease our vigilance on a policy and system of imprisonment that literally eats our young and tortures our elders to death.

While enthusiasm is much needed in dealing with such treacherous and heartrending problems as sensory deprivation units and behavioral control programs, we must confine ourselves to the journey, or all meaning will be lost. We salute all those who have defied the police state and the curious animosity of friend-like individuals to maintain the core principles of Black August.

We salute all those who have been inspired by Black August to further their commitment to the struggle for freedom by taking on challenges that require concentrated dedication and a single minded determination that will ultimately yield a fruit that will serve the people greatly. We must pull it all back together in spite of the people who selfishly pull others away or harbor petty grudges or jealousies that fester in dark places and in the end harm all concerned. Once again it is not about us.

There is a captive audience waiting for us to echo Comrade George’s words, as my elder sister Kiilu continues to remind us, to come together and settle our quarrels, not for ourselves but for the people we claim to serve. Black August resistance!

This story comes from the Black August Organizing Committee National Headquarters in Oakland, California. To learn more and get involved, contact Shaka At-Thinnin at royboomba@aol.com.