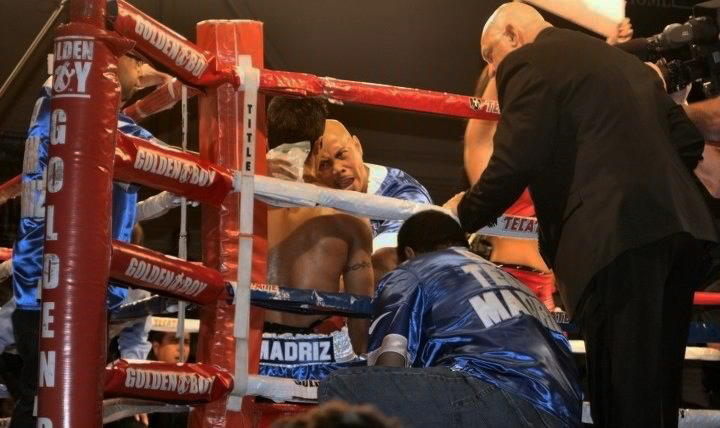 The boxing world has its eye on Northern Cali, because the area is producing champions in every division, right and left. Later on, I will talk to more of the fighters, but I wanted to write this story first, so that people could see boxing from the eyes of trainers, not just fighters.

Very rarely do we get to hear from the people who are in the ears of the fighter before the fight and in the ring. So today, I wanted to sit down with one of the Bay’s most talented trainers, Ben Bautista, from SFC Boxing Gym. He is behind a number of the fighters from this scene that are racking up wins. Check him out in his own words …

Ben Bautista: I got involved with boxing back in 1983, as a youth. I was an amateur boxer. Fortunately my boxing career was short lived, due to being caught up in the streets as a youngsta. I had another fight, and that was with the system, going in and out of juvenile hall. That pretty much took me out the game, and I got involved with crack cocaine, you know. I was selling drugs and the money got better than just being in the gym, so I had stopped boxing.

But then later on I was changing my life around, boxing started calling me back. My coach got me basically to help him out with these kids in Oceanview in San Francisco. So I started working with them, and I took a strong liking back to the sport. That was back in ‘97. And I started my program, the Straight Forward Club, in 1999, also known as SFC Boxing, and the rest is history.

M.O.I. JR: What made you want to leave the streets and come back to boxing?

Ben Bautista: Basically being caught up in the streets, you know you learn from just being locked up and seeing your friends getting locked up as well and seeing other friends strung out on dope. I just come to realize that this is real out here in the field. I can either end up in prison or I can end up dead or I can end up strung out or I can just turn my life around, which I did, and I was fortunate enough to have a lot of people that took a strong liking to me and supported me in my endeavors.

M.O.I. JR: What was it like to start the Straight Forward Club? Was it difficult, due to the fact that you were at one time an amateur boxer and now you are starting your own club? How was that transition?

Ben Bautista: Most definitely it was difficult, but like I tell guys now that start their program, it takes a lot of heart, a lot of love, a lot of passion for what you’re doing because the funding streams are not always there to support you with your program. At the beginning, I basically did it from my heart and funded the program out of my own pocket until my program became more in demand. Then I started getting more financial support from different funding sources, both private and the city.

M.O.I. JR: For the people who have never been to Oceanview, what kind of youth do you deal with?

M.O.I. JR: So when you say you are a boxing club, what does that mean for those of us who are not into boxing? What does a boxing club entail?

Ben Bautista: Well, I look at my gym as a different type of gym, in comparison to the other types of boxing gyms that’s out here making a lot of money. A lot of these gyms I see, I just feel like they are motivated by money. In my gym, we are motivated to breed champions inside the ring as well as outside the ring. My whole mission of the program is to change lives, and we use boxing as a conduit to make that happen. 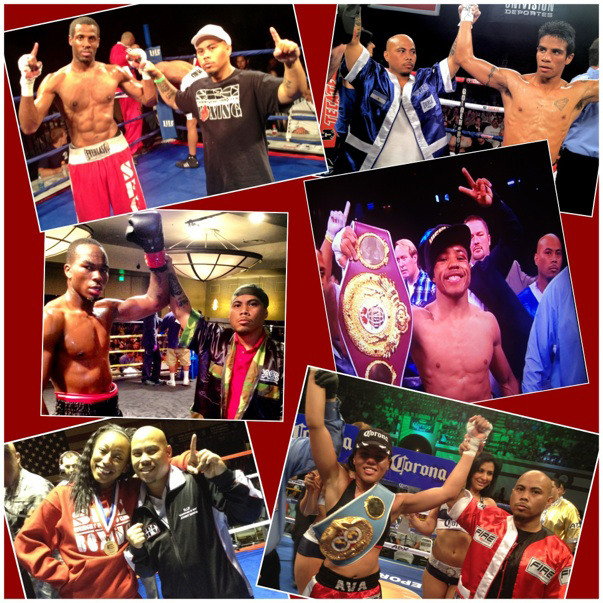 We have Karim Mayfield, who came out of my gym, who is currently the NABO champion, and who scored a devastating knockout recently on ESPN’s Friday Night Fights. We have Ava Knight, who’s based out of Oakland, and trains out of my gym, and she is a My-World Champion; she’s a world champion in the fly-weight division. And we also have a new champion who just went out to Germany and beat this girl in Germany. Her name is Melissa McMarl; she’s based out of San Mateo.

M.O.I. JR: Before you get to that, why do we have so many champions coming out of this area? What is going on in Northern California that is different from what is going on around the country?

When we go to these national championships, California is one of the deepest areas, in terms of having boxers and champions, nationwide. And you’ll see that when you got to the nationals, you’ll see California definitely representing, as you will see. Like you saw recently at the Olympic Trials, we had three Californians that won. We had one from San Jose – his name is Eros Correas – who became an Olympian. We had Jose Ramirez from Avenal, California, and we had Joseph Diaz out of Southern California.

Ben Bautista: A trainer does a lot. We deal with boxers not just in the gym; you also got to deal with them outside. So boxing trainers to me are psychologists, and I’m fortunate to have a psychology degree because I’m able to understand that part of the game, in terms of me dealing with my fighters, because a lot of my fighters have issues that’s going on outside of the ring that they have to deal with.

So as a trainer, you have to meet and deal with those issues along with your fighter, because you want to make sure that your fighter is a healthy individual, especially when they come into the gym and prepare for a fight. You don’t want them worrying about the things that are going on outside of the ring. And you know I’m also like a father figure to a lot of them. We got boxers who grew up and didn’t have no father that has been there for them. And because we’re in the gym every day and we travel together, you build that type of father and son or father and daughter type of relationship with your fighters, as well as being mentors to them.

You have to make sure that they’re guided in the right direction, to make sure they don’t take the wrong turn or step, because that can affect them negatively from being a champion. So you are constantly watching their steps, making sure that they are following their training regimens and all of that stuff. The trainers is like your doctor as well. When your fighters get hurt, you’re the one first that’s there to help them with their wounds. If they have a cut in the gym or they have an arm injury or what not, you’re the one that is there first.

You’re also like a nutritionist, because you always got to watch their diet. “What you been eating, man?” “Have you been taking your protein?” Because you see some of your boxers coming in and they’re all sore, and you just want to make sure that they have been taking their protein, because protein is good for your body. It helps you recover faster. It rebuilds your muscles. So we constantly are watching their diet, their nutrition, what’s going on in their personal lives, as well as in the ring.

As a trainer, you’re not just holding the mitts. You’re not just in the gym teaching them how to throw punches properly and how to develop strategy and how to work on certain things. You’re also all of this outside of the ring. And I believe that that is what makes a great trainer. You know what makes a great trainer is just being involved with your boxer – and not just inside the gym but also outside the gym – and making sure that when fight time comes, they’re ready and prepared mentally, physically, and spiritually to win.

M.O.I. JR: What do you guys have coming up in the next few weeks?

Ben Bautista: I’m actually taking off tomorrow to St. Paul, Minnesota. I have a boxer by the name of Richard Hargraves that was a California sensation in the amateur game. He’s a two-time national bronze medalist, and he currently is 2-0. He’s out of Double Rock, which is in Bayview Hunters Point in San Francisco. So we’re taking off tomorrow to St. Paul, Minnesota, because he has a fight this Saturday.

Then the following week I’m going to be taking off to Mexico. Ava Knight, my world champion, is going to be defending her title against Susanna Vasquez out of Mexico. Then I have Aaron Coley out of Hayward, who was also an amateur stand-out here in California. He is currently 2-0, and he is going to be having his third fight on the undercard of Ava Knight.

And then when I come back on the second, I gotta drive all the way to Fresno, because I have another boxer from my gym, Dennis Madriz; he’s having his third professional bout in Fresno. Then we’re taking all of our amateurs, including Raquel Miller, who is number 1 in the nation and number 2 in the world. She just came back from Canada and China. I’m taking her to the Desert Showdown in Coachella, along wit’ my son Izaiah Bautista and some more amateur boxers.

Then we’re going in another week to the Junior Golden Gloves. We’re taking a bunch of youngsters from our program over there. Then Karim hopefully will be fighting Aug. 24 in San Francisco, which will feature a lot of boxers from the Bay Area, especially from our gym. So I got a busy schedule, but this is what’s happening in the next couple of weeks.

Ben Bautista: The address to my gym is 30 Seventh St. in San Francisco. You can reach me at (415) 573-5791 or you can email me at sfcboxinggym@att.net or you can just follow me on Facebook at Ben Bautista San Francisco or on Twitter Ben_Bautista1. 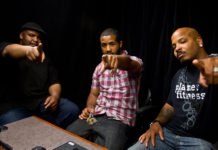