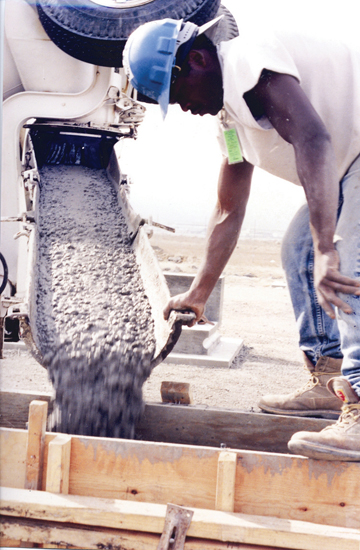 On this Monday’s agenda for the San Francisco School Board’s Buildings, Grounds and Services Committee is a discussion of local hiring on their $531 million construction bond. It’s the first item on the agenda for the meeting this Monday night, Aug. 20, at 6 p.m. at 555 Franklin, First Floor.

A strong turnout will help the School Board develop a policy as successful as the City’s. In its first year, 34 percent of total craft hours and 68 percent of apprentice hours were performed by San Francisco residents.

The School Board needs to hear the perspectives of workers and other community members, and how we have been able to create partnerships with labor to make local hiring work. All who can attend are encouraged to share insight and ideas about local hiring and also local contracting with the committee.

Several board members have raised important questions about the School District’s continued reliance on “good faith efforts.” Without a stronger policy, the parents and other family members of the children in our schools could continue to be disadvantaged in their efforts to compete for the economic opportunities provided by this bond-funded $531 million in school construction.

This is a letter sent earlier this month to San Francisco Unified School District Superintendent Richard A. Carranza and San Francisco Board of Education President Norman Yee:

Brightline Defense Project is a civil rights policy advocacy non-profit committed to increasing opportunity for underserved and economically disadvantaged communities. Two years ago, Brightline had the opportunity to collaborate with longtime civil rights leaders Chinese for Affirmative Action on a series of recommendations designed to address decades of frustration with the City and County of San Francisco’s “good faith efforts” local hiring policy for public works construction.

Our August 2010 report, “The Failure of Good Faith,” helped lay the groundwork for a citywide coalition of community leaders, progressive building trade unions, local contractors and social justice advocates that came together to support the landmark local hiring policy championed by Supervisor John Avalos and successfully implemented over the past 18 months by Mayor Ed Lee.

The School District’s upcoming investment of $531 million approved by San Francisco voters as Proposition A on last November’s ballot presents a similar opportunity for SFUSD to move beyond the costs and disappointment of “good faith” and build upon the important achievements of the City’s outcomes-based local hiring policy, which increased local resident participation on taxpayer-funded construction from 20 percent to 34 percent in the first year alone.

The School District’s upcoming investment of Proposition A’s $531 million presents an opportunity for SFUSD to build upon the important achievements of the City’s outcomes-based local hiring policy, which increased local resident participation on taxpayer-funded construction from 20 percent to 34 percent in the first year alone.

We understand that the Building, Grounds and Services Committee met on June 25 and expressed its disappointment with a proposed “good faith” project labor agreement for work funded by Prop A based on the School District’s past experience. The concerns raised in committee, however, are in no way reflective of the nature of project labor agreements themselves, as PLAs are very important tools to ensure that construction projects come in on time and on budget thanks to skilled craftsmen and craftswomen trained in union apprenticeship programs.

San Francisco’s outcomes-based, as opposed to “good faith”-based, targeted hiring approach has been included in project labor agreements with the help of the building trades and basic craft unions. Disappointment with respect to the past student intern program can potentially be addressed through direct entry into jointly managed apprenticeship programs for graduates, similar to the City’s CityBuild program. In addition, it is possible to increase opportunities for community contractors under a PLA and to track minority and women contracting in a more data-driven way than the approach utilized at the June 25 committee meeting.

It is possible to increase opportunities for community contractors under a PLA and to track minority and women contracting in a more data-driven way.

We are certain that a project labor agreement, or basic crafts agreement, can be utilized to embrace, and even potentially enhance, the targeted hiring, pipeline development, transparency, and enforcement measures contained in the City’s local hiring policy.

The School District seems to have come to the same realization as the City and County of San Francisco and City College of San Francisco that “good faith” costs hundreds of thousands and sometimes millions of dollars to implement and is accompanied by a high propensity for failure to deliver upon the local hiring goals established by policy makers.

Our schools are the symbolic center of San Francisco’s families and are essential to the development of our youth. The children of San Francisco’s working class are your students. These facts, combined with an outcomes-driven local hiring approach built around a community-labor partnership designed to deliver blue-collar careers and middle-class sustainability to students who may not have chosen the college track, means that the opportunity currently before the School District is truly historic.

The children of San Francisco’s working class are your students. An outcomes-driven local hiring approach built around a community-labor partnership can deliver blue-collar careers and middle-class sustainability to students who may not have chosen the college track.

We have spoken with our colleagues at Chinese for Affirmative Action and both Brightline and CAA would very much welcome the opportunity to address the School Board regarding the positive impact that community members, progressive building trade unions and local contractors have created through San Francisco’s local hiring policy.

We look forward to the opportunity to make a presentation to the Board, if that is the desire of School Board members and the District. 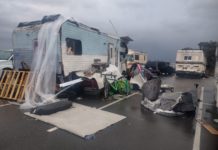