An estimated 80,000 men, women and even children are being held in solitary confinement on any given day in U.S. prisons

by Kanya D’Almeida and Bret Grote

“The torture technicians who developed the paradigm used in (prisons’) ‘control units’ realized that they not only had to separate those with leadership qualities, but also break those individuals’ minds and bodies and keep them separated until they are dead.” – Russell “Maroon” Shoats

Russell “Maroon” Shoats has been kept in solitary confinement in the state of Pennsylvania for 30 years after being elected president of the prison-approved Lifers’ Association. He was initially convicted for his alleged role in an attack authorities claim was carried out by militant Black activists on the Fairmont Park Police Station in Philadelphia that left a park sergeant dead.

Despite not having violated prison rules in more than two decades, state prison officials refuse to release him into the general prison population.

Russell’s family and supporters claim that the Pennsylvania Department of Corrections (PA DOC) has unlawfully altered the consequences of his criminal conviction, sentencing him to die in solitary confinement – a death imposed by decades of no-touch torture.

The severity of the conditions he is subjected to and the extraordinary length of time they have been imposed has sparked an international campaign to release him from solitary confinement – a campaign that has quickly attracted the support of leading human rights legal organizations, such as the Center for Constitutional Rights and the National Lawyers Guild.

Russell’s family and supporters claim that the Pennsylvania Department of Corrections (PA DOC) has unlawfully altered the consequences of his criminal conviction, sentencing him to die in solitary confinement – a death imposed by decades of no-touch torture.

Less than two months after the campaign was formally launched with events in New York City and London, United Nations Special Rapporteur on Torture and Other Cruel, Inhuman or Degrading Treatment or Punishment Juan Mendez agreed to make an official inquiry into Shoats’ 21 years of solitary confinement, sending a communication to the U.S. State Department representative in Geneva, Switzerland.

What the liberals won’t tell you

While the state of Pennsylvania has remained unmoved in this matter so far, some in the U.S. government are finally catching on. Decades after rights activists first began to refer to the practice of solitary confinement as “torture,” the Senate Judiciary Subcommittee on the Constitution, Civil Rights and Human Rights held a hearing on June 19 to “reassess” the fiscal, security and human costs of locking prisoners into tiny, windowless cells for 23 hours a day. 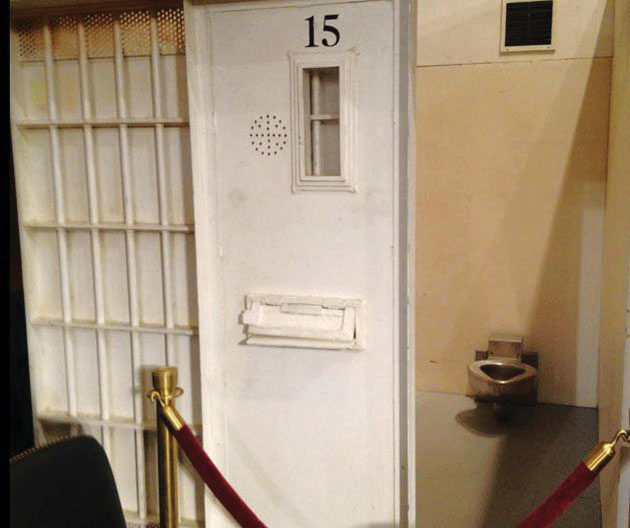 Needless to say, the hearing echoed in a whisper what human rights defenders have been shouting for nearly an entire generation: that sensory deprivation, lack of social contact, a near total absence of zeitgebers (cues given by the environment, such as a change in light or temperature, to reset the internal body clock) and restricted access to all intellectual and emotional stimuli are an evil and unproductive combination.

The hearing opened a spate of debate, with newspapers in Los Angeles, New York, Washington, D.C., Tennessee, Pittsburgh, Ohio and elsewhere seizing the occasion to denounce the practice as “torture” and call for a reversal of a 30-year trend that has shattered – at a minimum – tens of thousands of people’s lives inside the vast U.S. prison archipelago.

But as happens with virtually all prison-related stories in the U.S. mainstream media, the two most important words were left unprinted, unuttered: race and revolution.

Any discussion on solitary confinement begins and ends with a number: a prisoner is kept in his or her cell 23 or 24 hours per day, allowed three showers every week and served three meals a day. According to a report by U.N. torture rapporteur Mendez, prisoners should not be held in isolation for more than 15 days at a stretch. But in the U.S., it is typical for hundreds of thousands of prisoners to pass in and out of solitary confinement for 30 or 60 days at a time each year.

The hearing opened a spate of debate, with newspapers in Los Angeles, New York, Washington, D.C., Tennessee, Pittsburgh, Ohio and elsewhere seizing the occasion to denounce the practice as “torture” and call for a reversal of a 30-year trend that has shattered – at a minimum – tens of thousands of people’s lives inside the vast U.S. prison archipelago.

Unknown thousands have spent years and, in some cases, decades in such isolation, including more than 500 prisoners held in California’s Pelican Bay state prison for 10 years or more.

Perhaps the most notorious case of all is that of the Angola 3, three Black Panthers who have been held in solitary confinement in Louisiana for more than 100 years between the three of them. While Robert King was released after 29 years in solitary, his comrades – Albert Woodfox and Herman Wallace – recently began their 40th years in solitary confinement, despite an ongoing lawsuit challenging their isolation and a growing international movement for their freedom that has been supported by Amnesty International. 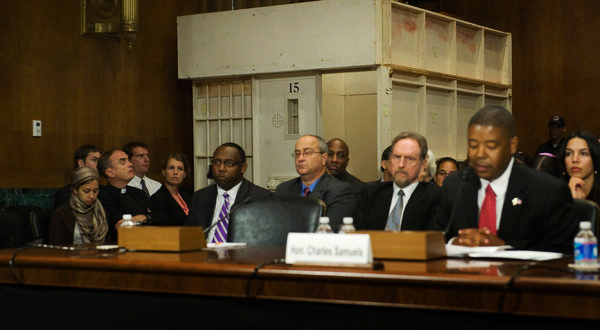 But all these numbers fail to mention what Robert Saleem Holbrook, who was sentenced to life without parole as a 16-year-old juvenile and has now spent the majority of his life behind bars, pointed out: “Given the control units’ track record in driving men crazy, it is not surprising that the majority of prisoners sent into them are either politically conscious prisoners, prison lawyers or rebellious young prisoners. It is this class of prisoners that occupies the control units in prison systems across the United States.”

Holbrook’s observation is anything but surprising to those familiar with the routine violations of prisoners’ human rights within U.S. jails and prisons. The prison discipline study, a mass national survey assessing formal and informal punitive practices in U.S. prisons conducted in 1989, concluded that “solitary confinement, loss of privileges, physical beatings” and other forms of deprivation and harassment were “common disciplinary practices” that were “rendered routinely, capriciously and brutally” in maximum-security U.S. prisons.

The study also noted receiving “hundreds of comments from prisoners” explaining that jailhouse lawyers who file grievances and lawsuits about abuse and poor conditions were the most frequently targeted. Black prisoners and the mentally ill were also targeted for especially harsh treatment. This “pattern of guard brutality” was “consistent with the vast and varied body of post-war literature, demonstrating that guard use of physical coercion is highly structured and deeply entrenched in the guard subculture.”

But while broad patterns can be discerned, these are the numbers that are missing: How many of those in solitary confinement are Black? How many are self-taught lawyers, educators or political activists? How many initiated hunger strikes, which have long been anathema to the prison administration? How many were caught up in the FBI-organized dragnet that hauled thousands of community leaders, activists and thinkers into the maws of the U.S. “justice” system during the Black liberation movement of the 1960s and 1970s?

Robert Saleem Holbrook, pointed out: “Given the control units’ track record in driving men crazy, it is not surprising that the majority of prisoners sent into them are either politically conscious prisoners, prison lawyers or rebellious young prisoners. It is this class of prisoners that occupies the control units in prison systems across the United States.”

Former warden of United States Penitentiary Marion, the prototype of modern supermax-style solitary confinement, Ralph Arons, has stated: “The purpose of the Marion Control Unit is to control revolutionary attitudes in the prison system and in the society at large.”

One of these revolutionaries is Russell “Maroon” Shoats, the founder of the Black Unity Council, which later merged with the Philadelphia chapter of the Black Panther Party. He was first jailed in early 1970.

Hailing from the gang-war-torn streets of West Philadelphia, Shoats escaped twice from the prison system, first from Huntingdon state prison in September 1977 and then again in March 1980. 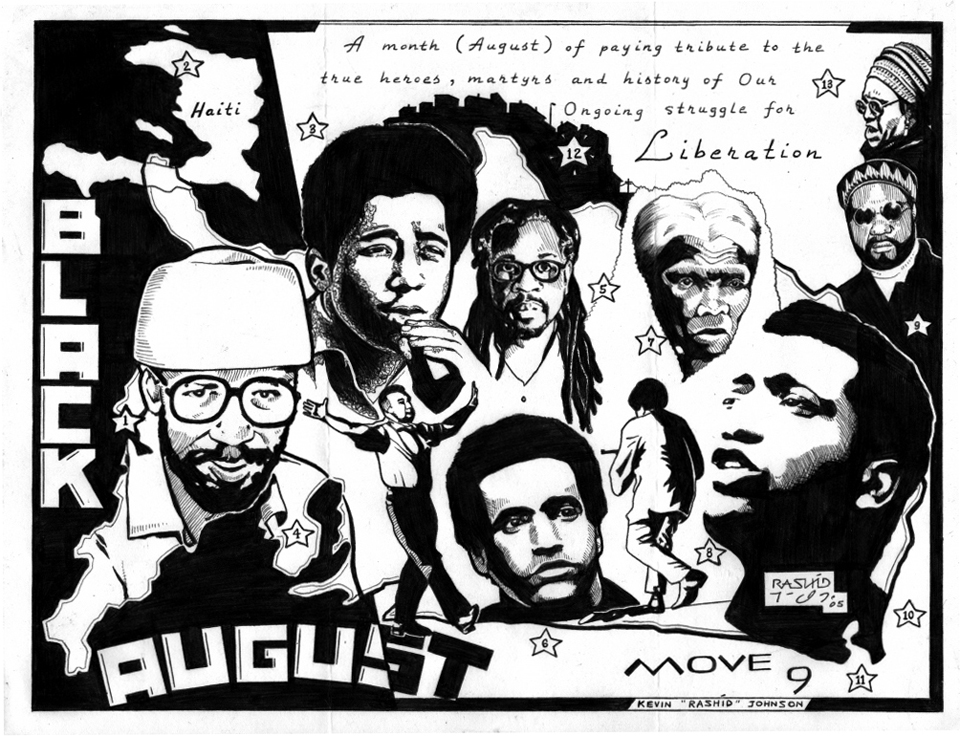 Shoats’ escapes – the first of which lasted a full 27 days, despite a massive national search complete with helicopters, dogs and vigilante groups from predominantly white communities surrounding the prison – earned him the nickname “Maroon,” in honor of slaves who broke away from plantations in Surinam, Guyana and later Jamaica, Brazil and other colonies and established sovereign communities on the outskirts of the white settler zones.

Still, it was not until Shoats was elected president of the prison-approved Lifers’ Organization in 1982 – the closest thing to a union for inmates, through which they demanded basic rights such as proper visiting hours, access to legal documents and healthier food – that the prison system decided he was a “threat” to administrative stability and placed him in solitary confinement.

For the past 30 years, Maroon has been transferred from one “torture chamber” to another, where his best efforts to interact with his fellow prisoners or resurrect his old study sessions for the younger generation are thwarted at every turn.

In 2006, the U.S. had an incarceration rate for Black males that was more than five-and-a-half times greater than that of South Africa at the end of the apartheid era in 1993.

Former warden of United States Penitentiary Marion, Ralph Arons, has stated: “The purpose of the Marion Control Unit is to control revolutionary attitudes in the prison system and in the society at large.”

Yet most mainstream authorities on the prison system in the U.S. – such as the eminent scholar Michelle Alexander, whose book “The New Jim Crow” suggests that the prison system is racially “biased” – do not come close to touching on the phenomenon of political prisoners, let alone on the inmates who take up the cudgels on behalf of their fellow detainees and attempt to carve out niches of justice in a massive chamber of terror.

The discussion of solitary confinement as a violation of a basic human right comes five decades after Malcolm X first began to preach that Black people in America should take their grievances not to the U.S. Supreme Court but to the United Nations, to appeal not for civil rights, as white bourgeois parlance would have it, but for basic human rights, as a colonized people.

He argued not for “integration” into a system that had brutalized and enslaved “Africans in America” for years, but for an overhaul of that system and a transfer of power away from those who created and maintained it. Not master walking hand-in-hand with slave, but an end to mastery and slavery altogether.

As a Black revolutionary, Malcolm X’s words were largely painted over by mainstream historians. But if the struggle to end inhumane treatment inside prisons is to become anything more than a largely apolitical movement for so-called “civil rights,” it must put two long-ignored points back on the agenda: race and revolution.