These tributes were written shortly after the death of Richard Aoki on March 15, 2009. 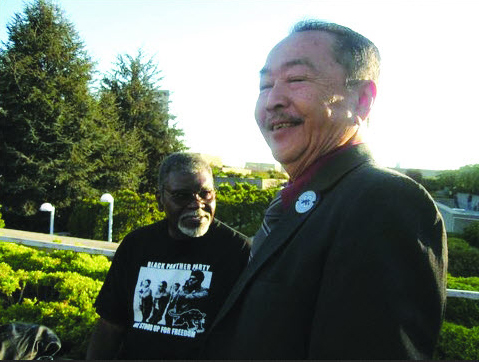 Richard Aoki and I first met towards the end of 1966. It was the dawn of an awakening of a new kind of resistance to American racist oppression and fascism. Born out of this racism and oppression was the Black Panther Party for Self-Defense. Richard and I had both become members.

Getting to know Richard, I learned that he had been a victim of America’s massive repression – imprisoned as a child in the USA’s concentration camps of the 1940s – the so-called “internment” camps. He, along with his family, like so many others, had been thrown into these camps for no other reason than the fact that he was Japanese.

Stripped of all possessions and human dignity, Richard resolved to survive, overcome and wage war on oppressive conditions in America and the world. He survived the mean streets of Oakland by defending himself and by understanding that Blacks, Asians and all disenfranchised people had common interests.

The Black Panther Party for Self Defense seemed like the logical place for him to be.

He was encouraged to start pursuing equal rights in higher education and went back to university, at the forefront of the battle to attain an equal voice for Asians in the UC system. He saw that one of the benefits in educating himself was that he could use the tools of his education to fight for equal rights and organize and ultimately educate the community in which he lived – and the people, who he never ceased to love.

He survived the mean streets of Oakland by defending himself and by understanding that Blacks, Asians and all disenfranchised people had common interests.

As an educator, Richard rose to the top of his profession, always contributing to the people, never forgetting where he came from and never veering from his strong beliefs. 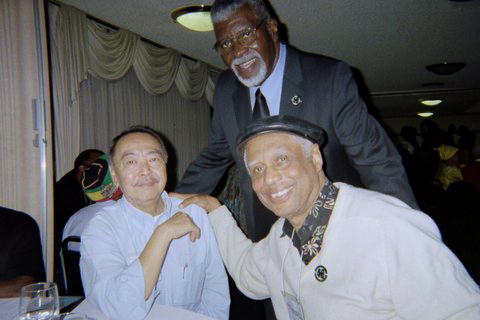 In later years, we would always meet at events, and although we both had battled some major health issues, we never ceased to find joy in seeing each other again and often remarked that it was amazing that we were still around!

As an educator, Richard rose to the top of his profession, always contributing to the people, never forgetting where he came from and never veering from his strong beliefs.

Richard’s sense of humor never failed to crack me up and his belief that it is necessary that people of all races and ethnicities unite to create change never wavered.

He was indeed a revolutionary in every sense of the word and I will miss him so very much.

I remember an elder Native chief saying in a movie that “some people hear their inner voices with much clarity, and so they live by what they hear. Such people become crazy, or they become legends.” So now I intend to speak of a legend. 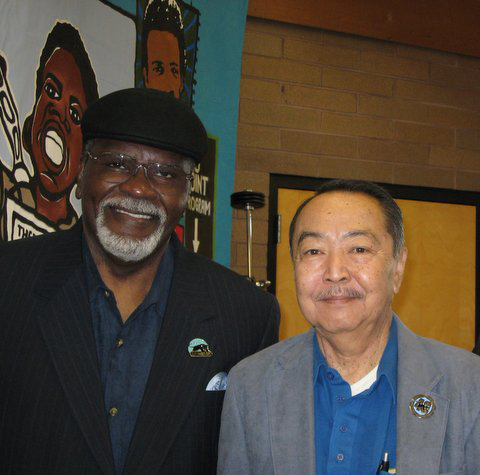 I was once asked how you bury a dragon. And I answered, you spread their ashes to the four winds, and they in turn will deliver them in flowing gales to the four corners of the earth, where in their place will be borne four more raging dragons. Adding, it is how we received Muhammad, Crazy Horse, Mao, Lenin, Malcolm, Lumumba, Joaquin Murrieta, John Africa, Salvador Allende, Steven Biko, Nelson Mandela, Tania, Haydee, and Ernesto Che Guevara, among many others.

When we look at how the winds, skies, earth, seas and mountains labored in harmony to bring forth these human fruits to us, we can perhaps now witness how these very elements presently rebel against us because of how we stood idle as the best of them were malportrayed, betrayed, imprisoned and even murdered. At present we have also foolishly ignored the four winds and dear earth mother in bringing to us and supporting most the present dragons, like Leonard, Mumia, Fidel, Chavez, Evo Morales and others. Indeed there are many more, still unnoticed.

I was then asked the final question by a youth who addressed me in the low language of our oppressors, “C’mon, Curly stop the bullshit and weaving f**kin words, cause we done had ‘nough o’ that shit, adding, if dragons are such bad Motherf**ckers, then why they dead? Why can they be killed?”

I answered in the foregoing language: “Dragons never f**king die, cause they will always live in someone’s heart and mind forever. They are mean motherf**ckers and yet gentle, strong and humble, and more than often can scream above the roaring crowds, and when spoken to directly, yeah, they can weave their words in what you now call the spoken word.” “It isn’t that they can’t communicate at all; it is that f**king opportunists and liberals and radio personalities and phony assed peace mongers purposely and jealously keep them off the stage, keep them from talking to youngbloods like you.”

It is that dragons are sent to make change, like Malcolm said, by any means necessary. That Muslims are divided because they won’t believe that Muhammad said that jihad was prescribed for them against those who would cause oppression in the land. That George Jackson showed you the blood in his eyes through action. That Lenin said that revolution was the only solution. Mao said that we must be like the sea that surround the fish and hence our enemies. Che – Hasta la Victoria Siempre, Pancho Villa – said that he preferred to die on his feet than to live on his knees. And so they die or are put to death while we sometimes dance to the f**cking reggaeton.

With all this f**king history behind us, around us, and with us, it would seem righteous then that all of our labor in the West should be to bring together all the dragons into the light and build a conference and party comprised of dragons and former political prisoners and not waste any more time with crap artists selling bullshit and blue skies who have no clear solutions to the problems that confront us. If there is any question about any of us dragons, then look at our sacrifices.

In speaking for myself, while my seven years of a 17-year sentence served does not qualify me to speak on a stage before so called peace and anti-war movements, stick a candle into a paper cup and stand still in a vigil for the semblance of two hours begging my oppressors to stop murdering Iraquis and Palestinians, the fact that I was born in a colony of the racist f**king united states, the bullet fragments and scars on my neck from a dope dealing scum sucking f**king pig and the reality that I was a member of the only f**king liberation army that Black people have had on this land should at least earn me the right to speak for and about other political prisoners who have been close to death and the crosswinds. 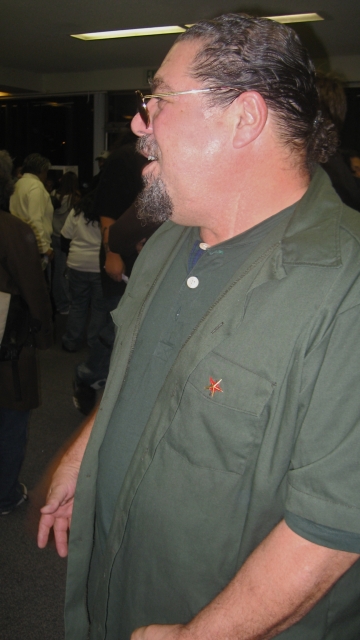 You would at least agree that I should at least be allowed to say things on behalf of warriors and soldiers who have stood erect in the face of injustice and who, like Field Marshal Richard Aoki, who once carried a (2×4) big stick to his enemies, do not care that liberals may claim me to be divisive. I remember having to liberate a microphone once (while on live radio) in order to speak directly to soldiers and political prisoners incarcerated in San Quentin. I held the microphone through the pressure of bare knuckles while declaring that revolutionary “old soldiers don’t fade away; they just get two minutes on the program.”

Indeed some of the former soldiers I’ve been in the trenches with are presently and publicly denying to have been a part of that formation. People who cower under pressure are neither dragons nor revolutionaries. And so with dragons the lines are always clearly drawn! Can you now see how we know a bad motherf**king dragon from the murder mouth politicos of the moment?

We are what we live! And Richard Aoki lived a full life, as dictated by the four winds and the revolutionary party that he served. And if you could please allow me to be more poetic, and use less explicit language for the moment: If we fail to save Mumia from breathing Western produced lethal gases or the injection of death or tear and wear down the wall that encases Leonard or fail to liberate Alvaro Luna, the Angola 2, the Cuban 5, the Africa family, then we will most assuredly and coalescingly be delivering them into the very pit of Western injustice. It is then, at the very least, incorrect to do nothing for fear of doing wrong.

Richard Aoki lived a full life, as dictated by the four winds and the revolutionary party that he served.

In speaking directly to Richard (co-founder and field marshal of the Black Panther Party) Aoki, please ride the four winds in dashing splendor, as only you can, so that young people will breathe in the essence of your courage. You are loved, as Che explained it: The true revolutionary is guided by great feelings of love. And you certainly were.

Raul (Curly) Estremera describes himself as a “former and future member of the Black Liberation Army.” He is a poet, a former political prisoner, a member of the Labor Action Committee to Free Mumia Abu-Jamal and coordinator of the Committee in Solidarity with Cuba and Latin America.