What do you suppose would happen if a group of American Muslims gathered and began to construct a monument to Osama bin Laden? 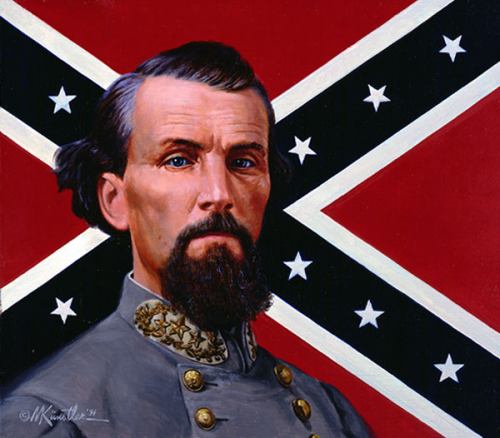 No one is attempting to build a statue to Osama. But in Selma, Alabama, no less, scene of historic battles for Black civil rights, white supremacy advocates are re-building a monument to an early American terrorist, war criminal and widely acknowledged founder of the Ku Klux Klan, Nathan Bedford Forrest.

Selma activist Malika Sanders is angry and she’s fighting back. One of her tactics has been to start an on-line petition campaign urging the City Council to step in and stop the racial abuse against the Black citizens of Selma.

The efforts to rebuild the Forrest statue are being promoted by the Friends of Forrest and the Daughters of the Confederacy. An earlier statue existed but someone stole the head. Now white supremacists want to build a bigger and better one.

Sanders is concerned that to date the nine-member Selma City Council – five Black members, four white – have taken no action.

Telephone calls were placed to Dr. Cecil Williamson, president of the council, and to several other council members to ask if they plan to respond to the building of a statue to hate, but as of this writing there have been no call backs.

Selma activist Malika Sanders is angry and she’s fighting back. One of her tactics has been to start an on-line petition campaign urging the City Council to step in and stop the racial abuse against the Black citizens of Selma.

Interviewed by Roland Martin on the Tom Joyner Morning Show, Sanders explained that there’s been an on-going battle between Black and white Selma citizens over a number of racial issues.

One, for instance, was the placing of African-Americans in public housing units and naming the complex after Forrest. “We fought that,” she said.

Martin suggested that some Southern whites just can’t wrap their heads around the fact they lost the Civil War.

Sanders quickly informed Martin the situation was far more serious than that. “No. It’s been a cold war.” At every juncture whites have attempted to take back what we’ve fought for, she said.

She explained, “Hate groups across America are looking to Selma as a model for ways for minorities to control majorities.” Selma is a majority Black city.

Undoubtedly Forrest is one of the most, if not the most, controversial figure from the Civil War. It’s bad enough he founded the KKK but what he did as a Confederate cavalry general should be taught to everyone and not forgotten.

“Hate groups across America are looking to Selma as a model for ways for minorities to control majorities.” Selma is a majority Black city.

“On the 12th April, the rebel General Forrest appeared before Fort Pillow, near Columbus, Kentucky, attacking it with considerable vehemence. This was followed up by frequent demands for its surrender, which were refused by Major Booth, who commanded the fort. The fight was then continued up until 3 p.m., when Major Booth was killed, and the rebels, in large numbers, swarmed over the intrenchments. Up to that time comparatively few of our men had been killed; but immediately upon occupying the place the rebels commenced an indiscriminate butchery of the whites and blacks, including the wounded. Both white and black were bayoneted, shot, or sabred; even dead bodies were horribly mutilated, and children of seven and eight years, and several negro women killed in cold blood. Soldiers unable to speak from wounds were shot dead, and their bodies rolled down the banks into the river. The dead and wounded negroes were piled in heaps and burned, and several citizens, who had joined our forces for protection, were killed or wounded. Out of the garrison of six hundred only two hundred remained alive. Three hundred of those massacred were negroes; five were buried alive. Six guns were captured by the rebels, and carried off, including two 10-pound Parrotts, and two 12-pound howitzers. A large amount of stores was destroyed or carried away.” 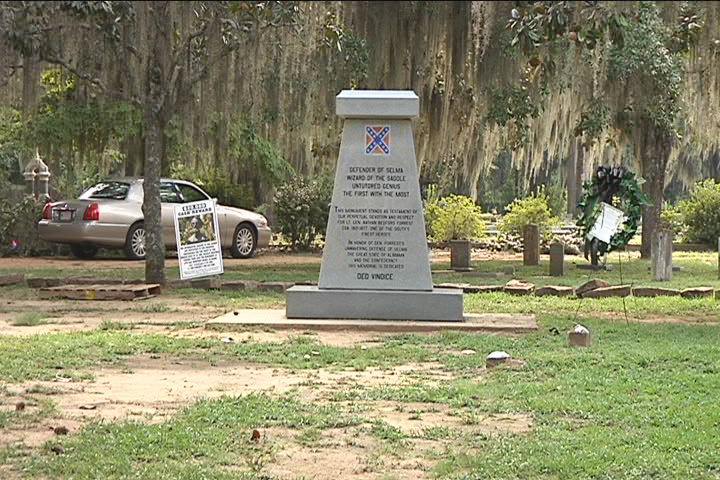 “There is no evidence from Richmond, and there will be none, that Forrest’s murders differ from those of Quantrell. On the other hand, we must not forget that the same papers which brought the President’s speech promising retaliation brought us also the return of the rebel General in Florida, containing, for the relief of friends at home, the names and injuries of our wounded men in his hands, and the list included the colored soldiers of the Fifty-fourth and Fifty-fifth Massachusetts regiments. But if public opinion has justified a stronger policy from the beginning – if the criminally stupid promises of M’Clellan and Halleck to protect slavery and to repel the negroes coming to our lines had never been made, we should not now be confronted with this question, because the rebels would never have dared to massacre our soldiers after surrender. But yet to be deterred from retaliation from fear of still further crimes upon the part of the rebels is simple inhumanity.

“Let us either at once release every colored soldier and the officer of their regiments from duty, or make the enemy feel that they are our soldiers. It is very sad that rebel prisoners of war should be shot for the crimes of Forrest. But it is very sad, no less, that soldiers fighting for our flag have been buried alive after surrendering, and it is still sadder that such barbarities should be encouraged by refraining from retaliation. Do we mean to allow Mr. Jefferson Davis, or this man Forrest, or Quantrell, to dictate who shall, and who shall not, fight for the American flag? The massacre at Fort Pillow is a direct challenge to our Government to prove whether it is in earnest or not in emancipating slaves and employing colored troops. There should be no possibility of mistake in the reply. Let the action of the Government be as prompt and terrible as it will be final. Then the battles of this campaign will begin with the clear conviction upon the part of the rebels that we mean what we say; and that the flag will protect to the last, and by every means of war, including retaliation of blood, every soldier who fights for us beneath it.”

To build a monument and celebrate Nathan Bedford Forrest, an ideological ancestor of Heinrich Himmler, Reichsfuhrer of the SS (Schutzstaffel), is an act of racial abuse of outrageous proportions. Except for the passage of time, it equates to building a statue to Hitler in Tel Aviv.

To build a monument and celebrate Nathan Bedford Forrest is an act of racial abuse of outrageous proportions.

Protest the white supremacists in Selma and sign Malika Sanders’ petition at http://www.change.org/petitions/selma-city-council-no-more-monuments-to-kkk-hate?utm_campaign=mailto_link&utm_medium=email&utm_source=share_petition.

Jean Damu is the former western regional representative for N’COBRA, National Coalition of Blacks for Reparations in America, and a former member of the International Brotherhood of Sleeping Car Porters, taught Black Studies at the University of New Mexico, has traveled and written extensively in Cuba and Africa and currently serves as a member of the Steering Committee of the Black Alliance for Just Immigration. Email him at jdamu2@yahoo.com. The quotations from Harper’s Weekly are unedited.