Q: Why do you feel that far too many African Americans are not taking their situation more serious as to where they are in America and where they are headed?

A: I hate to be the one spreading a message of gloom and possible doom from my prison cell. But there’s a ticking time bomb about to explode if we don’t take the necessary steps to defuse this approaching disaster. According to a recent Labor Department report, close to half of the young African American population are unemployed. 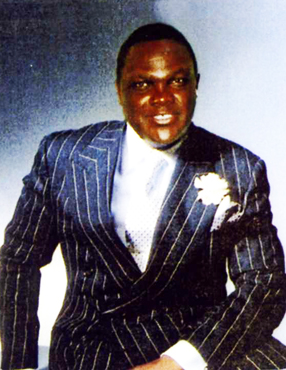 This American sickness known as racism has taken its toll on people of African descent, with almost half of us unemployed or locked up in prison and another portion being forced into criminal activities. Sadly, these conditions will continue to get worse before they get better, even though we have a president of African descent.

Q: What can we do to turn this around? Should we all become entrepreneurs?

A: No. Entrepreneurship is not for everyone. But we need more business owners working from their apartments, vans or cars, vacant lots, and boarded up shops and storefronts, which could create jobs and a safer community.

A: No. It’s not going to be simple or effortless. The entrepreneurial spirit among our people has to be embraced with the same passion as we do with our religious beliefs to influence change like it did for the men and women business owners in the past.

Our ancestors moved mountains with uncommon bravery, innovation and unwavering commitment. They were faced with much more hardship than we have today. They decided to stop begging for jobs from the Caucasian business establishments and began to create them, thereby securing job opportunities for themselves, family members and their neighborhoods.

Entrepreneurship is not for everyone. But we need more business owners working from their apartments, vans or cars, vacant lots, and boarded up shops and storefronts, which could create jobs and a safer community.

Q: Hypothetically speaking, if you had the genie in the lamp and were given three wishes, what would they be?

A: If I could rub the lamp and a genie would appear before me, my first wish would be to get out this mental torture – this prison cell – to be with my family. My second wish would be to spawn a million African American business owners. My third and final wish would be that my people see the untapped potential in the vacant lots, boarded up shops, storefronts and apartment buildings within our neighborhoods. This would start the evolution of adopting the mentality of the entrepreneur.

Q: What about having access to capital, which is the number one problem facing African Americans who would like to be their own boss?

A: Money is attracted to skills and talent. Oprah Winfrey hasn’t always been worth over $2 billion. Nor was she born into wealth.

So keep in mind on your journey down the entrepreneur road, that wealth originates from within, first. To gain access to cash, sometimes you have to look to untraditional sources online which give artists and entrepreneurs a helping hand.

Composer Maria Schneider used ArtistShare to raise money from fans to produce her first album in 2001. She raised over $100,000 that was used to produce the album, “Concert in the Garden,” which won a Grammy in 2004. She is now back for her third album, “Maria Schneider – Dawn Upshaw Chamber Works” on ArtistShare.

Q: Do they have more sites and success stories?

A: Yes. RocketHub, Kickstarter, Funding4Leaming, PledgeMusic, FundRazr and hundreds of other sites that call on people to pool their cash, by way of the internet, to support individuals’ artistic, educational and business efforts, as well as charities and disaster relief.

Meghan Sebold raised $4,000 to produce a clothing line by using RocketHub. To get the money, she wrote a business plan on RocketHub.com, along with a video asking for financial contributions from family, friends and friends of friends.

A filmmaker name Steve Taylor from Nashville used Kickstarter for his feature film “Blue Like Jazz” after traditional lenders turned him down. He accumulated $350,000, which was the most successful campaign for Kickstarter. Mr. Taylor made a promise to call each donor who gave at least $10. He made about 3,500. “It took about a year to finish all the calls,” he said.