I’m one of the Pelican Bay State Prison SHU (Security Housing Unit) prisoner representatives. I write this to touch on a couple of issues of immediate importance. 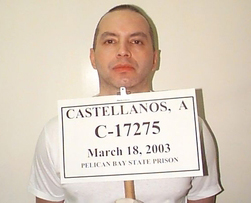 First, we have received a lot of questions regarding the “End to All Hostilities” paper, via prison publications, attorneys etc. I will answer the most important ones here.

No, it was never meant to be a call for a hunger strike on Oct. 10. Those that did go on one, no biggie. I’m sure it was good practice.

Yes, it’s also between all groups (all good solid Southern, Northern, Eastern, Western, up and down, back and forward). And since it involves all CDCR and county jails, it also involves all Youth Authority, YTS (Youth Training School), and all juvenile halls, camps etc. across the state.

We hope that this now clarifies the document to everyone’s satisfaction. Of course there are always going to be groups and individuals who feel that it does not apply to them and act accordingly in an adverse manner under that false belief. Well, the only thing that we can say to those is to repeat an old convict/prisoner common sense saying, “Don’t ever falsely assume one’s hands are tied, where one expects all others to just stand still and take it.” Therefore, it’s vital that this End to Hostilities holds for all races and groups, as I will briefly explain.

The documents the Short Corridor Collective have been putting out since our March 2012 rejection of CDCR’s STG-SDP (Security Threat Group, Step Down Program) 5.5 Program and will continue to put out are in the following order:

2. The Agreement to End Hostilities between all races and groups

4. Our Demands/Notice giving CDCR a “deadline” to meet all of the demands, or else we are going to resume our peaceful hunger strike (HS) and work stoppage (WS) starting on July 8, 2013.

It’s vital that the End to Hostilities holds for all races and groups.

Note that we only agreed to “temporarily” suspend the July and October 2011 hunger strike after CDCR agreed to change a lot of SHU policies and practices in a positive manner. Since then, CDCR has failed to honor their end of our prior agreements. Instead, they gave us STG-SDP 7.0 that will only put a lot more in SHU.

July 8, 2013, will be two years. That’s CDCR’s deadline. Stay tuned for the last two documents. The last document should be out on the web by the end of this year. And we will also serve a copy of it on all CDCR officials. But I will give a sneak preview here in a couple of paragraphs.

We are giving CDCR a deadline to meet all of the demands, or else we are going to resume our peaceful hunger strike and work stoppage starting on July 8, 2013.

Since July 2011, we have read in prison publications how prisoners all across the state and the U.S. are also being deprived and tortured in different ways, including women prisoners. We knew we were not alone in this.

So our Demands/Notice will contain, among others, the list of Orders/Demands listed in The Rock newsletter, Volume 1, No. 10, October 2012 (which are a part of our original five core demands); as well as our statement about how CDCR must abolish “intelligence” based SHU/Ad-Seg (Administrative Segregation) confinement, as stated in The Rock newsletter, Volume 1, No. 9, September 2012.

We will also call on [prisoners in] GP (general population), Ad-Seg, death row and SHU representatives, including women (I’m also personally including here all YA and YTS), to draft up their own demands tailored to their own individual institutional needs to be served on CDCR and their prison wardens – I would get started on them now – as well as a call for all prisoners across the U.S., state and federal, to join us July 8, 2013, for a national hunger strike and work stoppage to protest solitary confinement and the continued deprivations and conditions in their individual prison systems.

We will also encourage reps from each U.S. prison to formulate their own separate demands, now tailored for their individual state and institutional needs, also setting July 8, 2013, as their deadline to meet their demands or else they will also go on hunger strike and work stoppage, which we will support. And for those interested as to acceptable strategies, have family and friends send you free download copies of The Rock newsletter Volume 1, No. 7, July 2012.

We will also call on [prisoners in] GP (general population), Ad-Seg, death row and SHU representatives, including women (I’m also personally including here all YA and YTS), to draft up their own demands, tailored to their own individual institutional needs, to be served on CDCR and their prison wardens – I would get started on them now.

In closing, we know a lot of prisoners are wondering why we did come up with a date so far away. As individuals from each group, we are always itching and ready to act; however, because this involves many different groups, ideas, opinions, as a collective we had to restrain our urges of going at it now and instead we had to exercise patience in order to obtain a mutual agreement between all of our groups which we now have.

That was the most important aspect of our own negotiations, to set a deadline for CDCR that we all agreed on. And to fully understand our vision, where we are not only thinking of our state, one must stand back and see the big picture of this upcoming main event, where all U.S. prisoners are asked to pick up the flag of solidarity and also volunteer and join us on that national hunger strike and work stoppage starting on July 8, 2013.

We are basically also opening the door and giving all U.S. prisoners a forum to put forward their own demands for change. This all takes a lot of time to do, plus, it’s less than a year away, which is nothing for those of us who have already spent decades in SHU. And for those who do not wish to participate, that’s fine with us. Just like all the past ones, this is going to be on a pure voluntary basis; however, it is now time to stand up on July 8, 2013, and be counted among those standing on the line that we have already drawn in the sand!

All U.S. prisoners are asked to pick up the flag of solidarity and also volunteer and join us on that national hunger strike and work stoppage starting on July 8, 2013.

Mail to Arturo is severely restricted.

“Settle your quarrels” is from the famous passage in “Blood in My Eye” by George Jackson, written just before he was assassinated while he was locked in solitary confinement at San Quentin Prison and published posthumously: “Settle your quarrels, come together, understand the reality of our situation, understand that fascism is already here, that people are dying who could be saved, that generations more will die or live poor butchered half-lives if you fail to act. Do what must be done, discover your humanity and your love in revolution. Pass on the torch. Join us, give up your life for the people.”