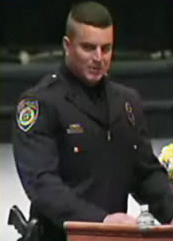 Anthony “Tony” Pirone is seeking arbitration with Bay Area Rapid Transit (BART) to be reinstated to his previous position with the BART police.

Readers may remember Pirone as one of the police officers on the Fruitvale BART platform in Oakland when Oscar Grant III was shot and killed by BART Police Officer Johannes Mehserle in the early morning hours of New Year’s Day, 2009.

Pirone was caught on camera and observed by witnesses hurling racial epithets at Grant and physically assaulting him. He had his knee on Grant’s back while Grant was laying on the platform as Mehserle shot and killed him.

Indeed, many consider Pirone as one of the main instigators in the events leading to Grant’s murder.

Pirone, along with his partner Marysol Domenici, while never formally prosecuted for any crime or misconduct, were both fired on the recommendation of an independent consulting law firm regarding violation of BART rules of conduct – specifically, false testimony and physical assault, including Pirone’s physical assault on various people and Domenici’s violation of procedure in the use of a Taser.

Jack Bryson, the father of two of Oscar’s friends who were with him on the platform the night he was killed, and Cephus Johnson, Oscar’s uncle, have stated that people within BART management with whom they are in contact have indicated that there is little chance Pirone will get hired back. But this isn’t a certainty. 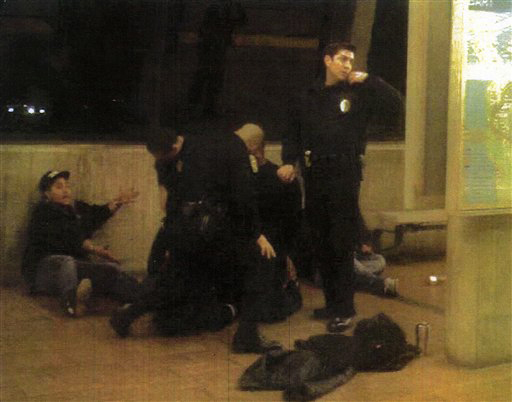 Bryson and Johnson, too, think that it is highly unlikely Pirone would get his job back. While police in California have always been granted a great deal of leniency regardless how bad their conduct has been, there are reasons to think that BART may be reluctant to put Pirone back on the force.

Pirone was used by Mehserle’s defense to take a lot of the blame for the events leading up to Grant’s murder. His aggressive attitude and the physical assaults against people detained on the platform were used by Mehserle’s defense lawyer, Michael Rains – infamous for his defense of the Oakland Riders – to label Pirone as the instigator of the events that night in order to attempt to excuse Mehserle’s own culpability. Specifically, Rain portrayed Mehserle as an inexperienced “rookie” who got “caught up” in Pirone’s violent methods.

That, combined with the defense’s racist vilification of Grant, is responsible for Mehserle getting sentenced to only two years for involuntary manslaughter. By throwing Pirone under the bus to take “moral responsibility” for the events that led up to Grant’s murder, BART officials and the defense were most likely hoping to avoid what would have been a far more damning scandal to BART, and police in general, in a city notorious for police brutality.

Johnson thinks that BART and the Oakland district attorney used the media blitz around Mehserle’s trial to shift focus away from the additional officers who were intimately involved in the escalation of events that led to Grant’s murder. In the eagerness to get some measure of justice for Grant, Pirone and Domenici received less attention. 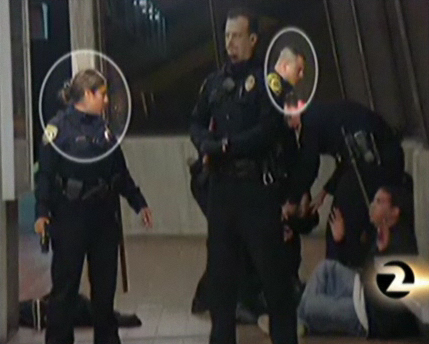 In the end, even the half-measure of justice that was achieved with Mehserle’s conviction meant little. Along with Merhserle getting the lowest possible conviction and sentence, Domenici was re-hired before even a year had passed since her firing, with full back pay.

While hopeful that Pirone’s attempts to seek re-hiring will not be successful, we must still say that the limited “justice” meted out after Grant’s murder was no real justice at all. If Pirone gets his job back, the lack of real justice for people of color under capitalism will simply be made all the starker by the denial of even that limited “justice.”

Any real justice for Grant and other victims of police brutality will not be achieved by leaving it to the courts or BART’s discretion, but by building movements in the street capable of fighting back against racism and police violence.

There will be several more arbitration hearings over the next few months, with the last slated for January 2013, at which point a decision will be made.

This story first appeared on Socialist Worker. David McCarthy can be reached via http://socialistworker.org/contact.