Oakland – Yesterday’s election results show Californians calling for additional cuts to the prison population and corrections budget while approving new taxes to save programs like education, welfare, childcare and healthcare. 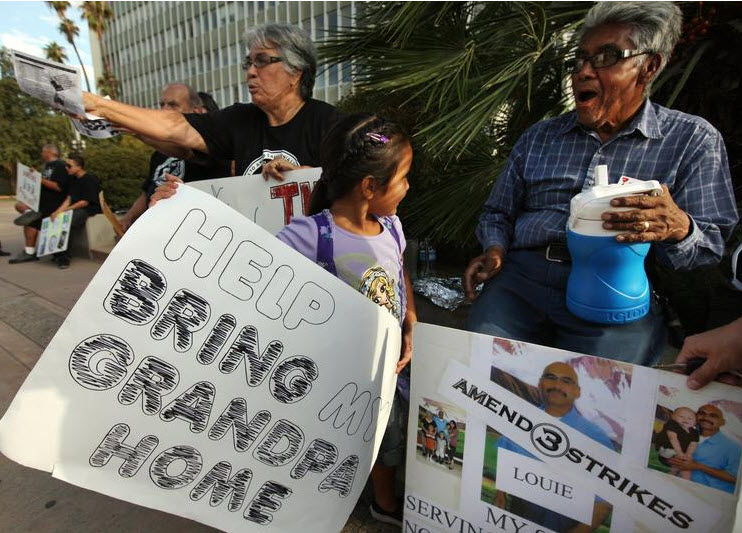 Voters resoundingly passed Proposition 36 by a 69 percent to 31 percent margin, which revised the Three Strikes Law to impose a life sentence only when the new felony conviction is “serious or violent.”

“This vote sends a strong and clear message to the Legislature and governor that we’re past time for serious sentencing reform that goes beyond Three Strikes. Californians are done with the ‘tough on crime’ era,” said Debbie Reyes of the California Prison Moratorium Project. Reyes continued, “2013 should be the year in which the Legislature reduces sentences for all felonies, decriminalizes drug possession and takes other concrete steps to reduce the size of our still super-sized prison and jail systems.”

“California’s Three Strikes Law has been the cornerstone of 30 years of bad criminal sentencing laws,” said Geri Silva of Families to Amend California’s Three Strikes. “Yesterday was a great victory for the families of those inside who have worked for over 15 years to change the law. This is a monumental step towards justice, but we know it is only the first step.”

“Inhumane and counter-productive sentencing laws are the engine that drives racist mass incarceration,” continued Silva. “Now that 69 percent of voters have decided to change the Three Strikes Law, Sacramento needs to step up and make further changes to Three Strikes and all criminal sentences.”

Proposition 30, which raises revenue to go to schools and public services was passed by voters 54 percent to 46 percent. “Looking at the results of Props 30 and 36 prove what polls have shown for years: Californians are willing to pay higher taxes to preserve education and services while cutting sentences for some people convicted of felonies,” said Emily Harris of CURB. “The vote for Prop 30 shows how much Californians value public education and other services whose budgets have been slashed in recent years,” said Harris.

Yesterday’s election results show Californians calling for additional cuts to the prison population and corrections budget while approving new taxes to save programs like education, welfare, childcare and healthcare.

The will of California voters to change the state’s criminal justice policies was manipulated in the passage of another measure. Voters passed Proposition 35, the “Californians Against Sexual Exploitation Act” initiative, which would increase prison terms for human traffickers, 81 percent to 19 percent.

“Prop 35 was a deceptive, cynical attempt by a rich Republican to brand himself as supportive of women’s issues. Unfortunately, voters fell for a proposition that won’t do anything to reduce human trafficking, but will put more women, immigrants and transgender people in prison,” said Diana Block of California Coalition for Women Prisoners. “We call on the Legislature to change those parts of the law that have nothing to do with trafficking.”

Isaac Ontiveros is a spokesperson for Californians United for a Responsible Budget (CURB). He can be reached at (510) 444-0484 or isaac@criticalresistance.org.