Words only communicate some of the articulated ideas and thoughts; our entire body is required to engage in dialogue, understanding and to share one’s struggles with another. The “Third Seminar on Reflection and Analysis: Planet Earth … Anti-Systemic Movements” from Dec. 30 through Jan. 2 in Chiapas, Mexico, was a moment that made that dialogue possible. 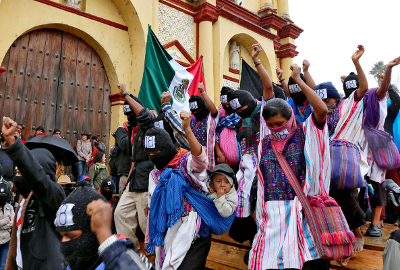 Movements from all over the world gathered to share their struggles, and to encontrarse (find themselves) as they fight in their own locale against the destructive effects of capitalist expansion and intensifying state repression. Collectively (re)discovering the political potency of convergence spaces, informed through collective experiences and wisdoms, allowed the participants to engage each other horizontally and learn from each other through dialogue and reflection.

Hosted by CIDECI (Indigenous Center of Integral Learning) and Universidad de la Tierra Chiapas, indigenous movements from all across Latin America shared their ongoing battles against state-imposed violence, repression and displacement as well as how they are creatively constructing their own autonomous community spaces and centers, organizing to collectively address the issues present in each community.

‘We must eliminate the necessity of the current society’

Our society, currently organized around destruction and violence, is largely maintained by a logic of profit and exploitation. Across Mexico, the “War on Drugs” imposed by the highest levels of government has caused “over 100,000 dead, 18,000 reported disappeared, not including those missing but unreported, 50,000 kidnapped, half a million displaced – it is now the most violent conflict in the world,” writes Gustavo Esteva in “Recovering Hope: The Zapatista Example.”

This is the current society that exists – everyday violence, systemically corrupt and broken institutions, legalized environmental destruction. There is a blur between the legal and the illegal processes; impunity persists and is justified through the legal apparatuses.

“Mexico is no longer considered a democratic society; there is persistent fraud, the purchase of votes, and the party system has decomposed. Corruption affects every level of government. Despotism and authoritarianism have destroyed our faith in this regime,” declares Esteva. 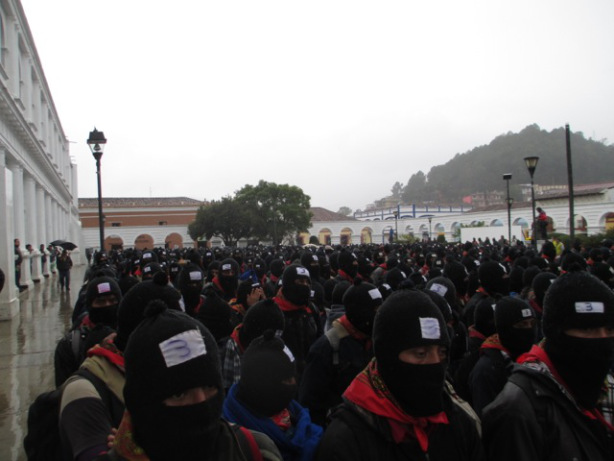 These extreme levels of violence are continually ripping apart the “social fabric” of communities and attempting to impose individualism and the logic of everyone-for-himself. This is pushing communities in struggle to mobilize directly against it and towards the construction of alternatives. This is part of what is currently at stake in Mexico, and in this seminar communities in struggle from around the world attempted, for a brief moment, to share their struggles and learn from each other and ask each other how to continue resisting.

The prison population in the United States has grown tremendously since the 1980s. Currently over 70 percent of those incarcerated are people of color. Additionally, what Angela Davis tracks as the expansion and rise of the “punishment economy” includes the increased privatization of prisons that actively manage the continual “exploitation of prison labor” as free labor for corporate control and profit.

She also takes up the task of reminding us that there are currently “more African American men under correctional control today… than were enslaved in 1850” (Davis, “Are Prisons Obsolete?”, 2003). Incarceration has ever-intensifying effects, as communities are broken and support is inaccessible to families that are struggling to make ends meet.

The incarceration is not just limited to prisons, but immigrant detention centers also play a large role in this web of institutionalized relations. It is also important to situate the high numbers of incarceration in conjunction with the increased numbers of Blacks and Latinos killed by racially motivated vigilantes, police officials and border patrol agents who are also increasingly made invisible and silenced by the media. The intensification of gang injunctions, community-policing apparatuses, increased militarization, and record numbers of deportation rates legitimate a criminalizing discourse against these communities.

The solution must exist within our form of struggle. We must not separate the means from the ends, says Gustavo Esteva. The resistance currently resonating across Latin America is not just saying “No” to what they do not want, but at the same time constructing what it is they want to see. They say it is no longer enough to be against a system of exploitation and domination, because we have the power to create the alternative.

“Hope is not a conviction that something will happen in a certain way … it is about a hope that converts into action; in movement we can change things. Otherwise, hope may convert into the illusion that something good will happen. The only way to resist is to create an alternative. We have to do something.”

The reverberations throughout the week were about the importance of learning from the Zapatistas and the world they have been constructing for over 20 years. On Dec. 21, over 40,000 Zapatistas marched in silence across Chiapas, displaying collective strength and also that they have not disappeared but have only been listening to the world speak. Our hope must lie in action, but our actions must be towards the construction of a different way of addressing our community issues.

It is no longer enough to be against a system of exploitation and domination, because we have the power to create the alternative.

Gustavo Esteva has further suggestions on how we do it: “We change the nouns for the verbs. If we say ‘education,’ we submit ourselves to someone educating us, but if we change to the verb ‘learn,’ we recover our ability, for it is we who learn. We need to find the way that we can all learn, and give away our dependency. So, health becomes healing; how do we heal ourselves?”

In the same sense, justice must be seen as a verb – as an act and a process, not as standardized book of laws that can be applied universally. If we think about community safety, as opposed to police in our community, an opportunity opens up for further dialogue and understanding.

Zapatista justice and safety are not organized as an external apparatus or institution but are part of the everyday tasks that the community must undertake. Through community dialogue, consciousness and reciprocity, assemblies are key to facilitating the conversation and collectively developing a punishment for a crime, understanding that each incident must be taken up individually and discussed by the communities. 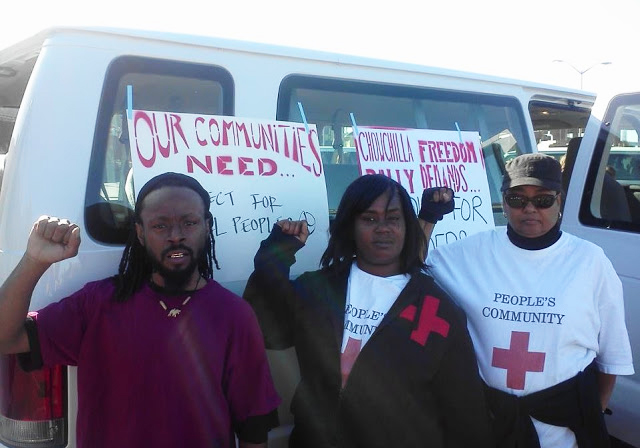 This process walks at a different pace, but since the entire community is involved there is a clearer understanding of each person’s context and history. And the punishment assigned is not based on money or imprisonment; it is based on collective labor that gives back to the community.

They have not constructed an institution that exists external to the everyday community tasks but have a shared understanding that their only alternative to the injustices, legal corruption and violence that exist is that they must take up the tasks of safety in their community. Finally, I think they understand that this is not possible individually and that this process did not happen overnight, but throughout years of dialogue and building trust and relationships from family to family, neighborhood to neighborhood.

In Oakland, California, the Peoples Community Medics are a key illumination of a project that struggles to “reweave the social fabric” by switching from nouns to verbs. Through the facilitation of free emergency medic training, active sharing of emergency medical resources and redistributing food to local community members, they invite and urge community members to take matters of health and safety into their own hands.

They understand the limitations of the health care systems and, though they have not replaced it in its entirety, they are actively working to heal their community members through responding to emergencies and also by engaging in community dialogue and documenting the systematic police violence present in our communities. There is a shared understanding that healing does not just happen physically, but emotionally and spiritually as well. The effects of systemic racism that Black and Latino communities face on a day-to-day basis can only be healed collectively as in active resistance.

My attempt to reflect on the “Third Seminar on Reflection and Analysis: Planet Earth … Anti-Systemic Movements” was to briefly situate and highlight struggles that we are facing on a global scale. Though violence and destruction is widespread, during this space of encounter, there was an understanding that we are doing the difficult work of also spreading our resistance and our hope.

The effects of systemic racism that Black and Latino communities face on a day-to-day basis can only be healed collectively as in active resistance.

Resistance to the incarceration and violence our communities are facing cannot exist only in opposition to the political and corporate forces that are reproducing it. As groups all over the world are doing, silently and slowly, we must also be constructing the alternative.

Armando Carmona, a graduate student at the California Institute of Integral Studies studying prison activism with Anthropology Department Chair Andrej Grubacic, can be reached at armando2k7@gmail.com.