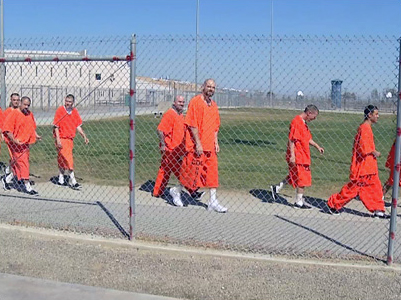 I along with a few other New Afrikans, Latinos and poor whites have been released from Ad Seg. Apparently, there’s a promising class action lawsuit going on by a few Latinos that has shed some light on an IGI officer for fabricating validation packets.

They had an emergency Classification Committee on a Wednesday and released about 30 of us back to the general population yards here at North Kern State Prison and transferred a lot of people as well to various prisons.

The odd thing is some of the buildings here on D Yard are SNY and GP combined. My unit is a regular GP unit, but D4, D2 and D5 are mixed up. D1 is also all SNY, and then we hear C Yard has the same housing unit. Not too sure about B Yard.

We haven’t had yard in a few weeks due to the repairs to lay concrete for the wheelchair people, but there’s no segregation at the exercise pull-up bars that we see. Hopefully, the forward movement will cause our elders to be released from the SHUs after being buried alive for 25 to30 years.