KPFA Evening News Anchor Cameron Jones: Uganda’s Parliament failed to pass the infamous Anti-Homosexuality Bill, otherwise known as the Hang-the-Gays Bill, in December. However, Uganda’s Parliament did pass the Petroleum Exploration, Development and Production Bill, regarding the exploitation of vast oil reserves in Lake Albert, on Uganda’s western border with the Democratic Republic of the Congo. KPFA’s Ann Garrison spoke to Ugandan activist Jackie Asiimwe-Mwesige about both bills. 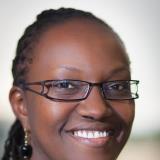 KPFA/Ann Garrison: Uganda’s Anti-Homosexuality Bill, otherwise known as the Hang-the-Gays Bill, was first introduced in 2009. Jackie Asiimwe-Mwesige said that Uganda’s speaker of Parliament had tried to pass it as a “Christmas gift to Ugandans” because she returned to a hero’s welcome after standing up to an unprovoked attack about gay rights by the Canadian Foreign Minister at an interparliamentary meeting in Canada.

Jackie Asiimwe-Mwesige: Well, it came up this time as a result of our speaker, the Honorable Rebecca Kadaga, attending a meeting in Canada, and the Canadian Foreign Minister said something about homosexuality and she stood up to say that the meeting was about something totally different. She wondered how a foreign minister was then in a meeting lecturing Uganda about the homosexuality bill and she said, you know, she was standing up for the sovereignty of Uganda, for the rights of Ugandans, to sort out their own legislative issues, their own morality issues, and that the West didn’t have a right to lecture them on homosexuality. 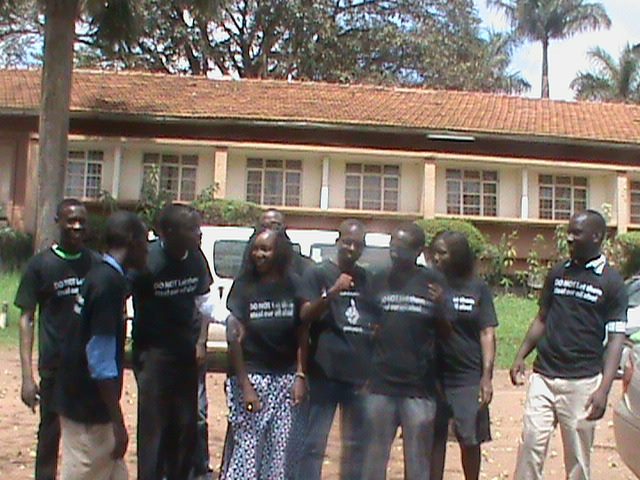 So that’s where it came from. And so when she came back – and of course you know that the media in Uganda reported that exchange in Canada – and when she came back, she came back to a hero’s welcome. And I think that’s the whole difficulty, the fact that the limelight has been on that issue, and yet I think Ugandans feel it’s not the most pressing issue, that in fact maybe Western countries could have stood with us on the various other challenges that we have and been more bold, to raise issues around our democratic deficit, rather than just mostly focusing on the Anti-Gay Bill.

KPFA: The oil bill, one of three under consideration, was, she said, long overdue.

Jackie Asiimwe-Mwesige: The oil bill is on the table now – in fact should have been on the table long ago. In November of 2011, the Parliament had a heated debate on oil. At the time there was a struggle between the Parliament and the executive, the government, around government secrecy, around who it was entering the deal with on behalf of Uganda on the oil. And they said, as members of Parliament, as representatives of Ugandans, they had the right to know what contracts, what deals our government was entering. 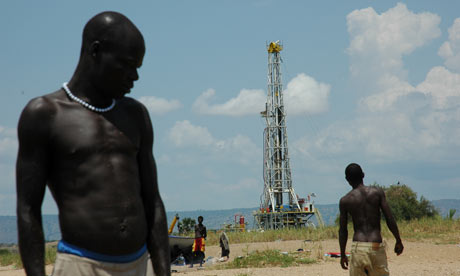 And so it was a call to order for our government to say, “Look, you should tell us; be open about who you’re entering deals with. But also, can we have the right legal, legislative framework to manage the oil resource? And one of their demands to government was that government prepare and present to Parliament oil bills for debate and passing, oil bills which would help to set the framework for managing the resource, for taking care of environmental issues, for setting up the appropriate structures to manage the oil resource.

And government dilly dallied, ‘cause this was over a year ago, dilly dallied but finally brought the bill to Parliament late in July.

KPFA: Asiimwe-Mwesige said, however, that the corruption of President Yoweri Museveni’s NRM government is now the biggest problem in Uganda, so she’s not optimistic that Uganda’s oil wealth will improve the living standard of Ugandans without a widespread people’s movement, which has not yet come to fruition. She and fellow Ugandan activists have begun to appear outside Parliament wearing T-shirts saying, “DON’T STEAL OUR OIL TOO.”