In recent days we have been trying to come to grips as to why Chris Dorner, a decorated military soldier and former LAPD officer, has  chosen the path of “necessary evil” to clear his name. To get a better understanding of his actions, I read his manifesto, in which he states that by crossing the blue line, he was retaliated against, persecuted and terminated, thus effectively ending both his military and law enforcement careers. 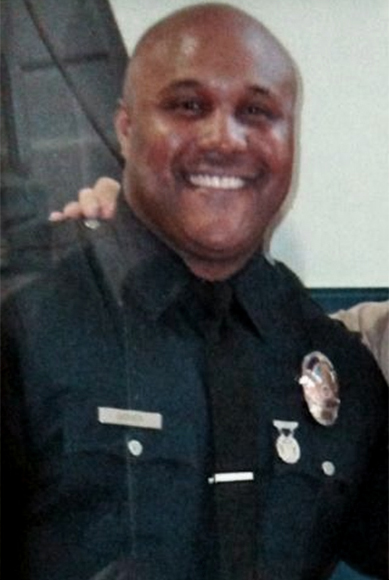 As I read Dorner’s manifesto, it reminded me of a prior incident with another LAPD officer, Sgt. Randy Franklin. Who could better understand the frustrations of Chris Dorner than a fellow officer who also believed the department he served was one of integrity, honesty and dignity.

I interviewed Sgt. Franklin after reading an LA Times article about his battle with police corruption written on May 28, 2009, by Joel Rubin, then again in the intense days of the LAPD announcing its plans to reopen Dorner’s case and Los Angeles authorities offering a $1 million bounty leading to his arrest.

For those unfamiliar with Sgt. Franklin’s case, in 2005, his home was illegally searched by LAPD. The search warrant falsely stated the location was a gang hangout with “numerous citizen complaints of gang activity and blatant narcotic sales/use at the location.”

A LAPD internal investigation cleared the officers of all allegations of misconduct stating there was no evidence that the officers had falsified a search warrant. Sgt. Franklin was then forced to seek a remedy through a civil suit. The jury unanimously found the officers involved liable for falsifying a search affidavit, which is a crime, and their conduct outrageous in doing so. Sgt. Franklin again asked that these officers be disciplined, but LAPD refused and instead promoted them.

Sgt. Franklin then sought aid from the Police Commission, Los Angeles City Council members, FBI, NAACP, ACLU and the mayor of Los Angeles, all of whom refused to acknowledge or respond. 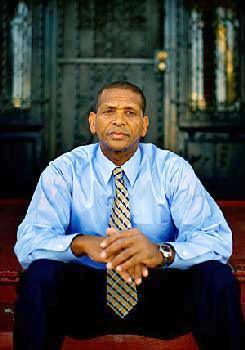 Today, Sgt. Randy Franklin is still fighting the same injustice Chris Dorner talks about in his manifesto. He is still implicated in an unsolved murder in which they took his duty weapons during the illegal search and placed them into an unsolved murder investigation to imply a connection. The “path of moral corruptness” and racism runs deep in LAPD, so deep that Sgt. Franklin thinks it will never go away.

If one wants insight into the mindset of Chris Dorner, one simply needs to speak to Sgt. Randy Franklin. Both are military trained male Black police officers who reported injustices and endured the racist wrath of the Los Angeles Police Department. Both have spent large amounts of their personal incomes to fight the injustice of the department.

The difference is, Sgt. Franklin chose a much less tragic route to air his grievances and reclaim his name. He has spent the past eight years trying to get the aforementioned people to listen and correct what they have done but to no avail.

Mentally, this makes you wonder, how many more officers silently suffer under the blue line instead of speaking out?

Unfortunately, it has taken a Dorner manifesto and several targeted deaths to get LAPD to take notice. If you ask Sgt. Franklin what he thinks of the LAPD today, he will tell you, “They lack integrity, honor, dignity, discipline, reverence for the law and respect for the people they swore to serve.” This comes straight from someone who believes that the greatest mistake in his life was joining the LAPD.

Maleena Lawrence, a young L.A.-based journalist who was mentored by the late great Chauncey Bailey and who works currently with James Earl-Rockefeller of VJTV, can be reached at maleena.lawrence@gmail.com and http://www.theconstituent.tv/.