Does someone who is hated by the general public – say, a killer or someone who threatens violence – deserve to have his concerns investigated? 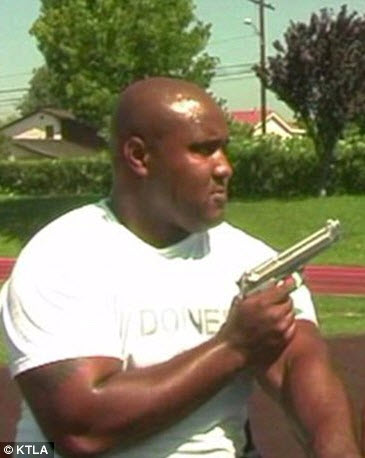 It’s a complicated question for some, but not for me.

I began paying attention to the gone-rogue LAPD Officer Christopher Dorner’s firing-alleged killing-$1 million manhunt after I finished reading a new book, “Black Against Empire: The History and Politics of the Black Panther Party,” written by Joshua Bloom and Waldo E. Martin Jr. and published by the University of California Press. The book is billing itself as the first comprehensive political history of the Black Panther Party, an organization that J. Edgar Hoover’s FBI once called “the greatest threat to the internal security” of the United States.

Bloom and Martin remind America that the Black Panther Party saw Black communities as internal colonies patrolled by armed guards, mainly local police. Since the cops saw fit to treat these Black and Brown communities as they saw fit, the Panthers decided to take advantage of California’s gun laws and the U.S. Constitution and monitored the police, rifles in hand. They saw the police as illegitimate agents of an illegitimate social order, so they did not shy away from direct confrontation, standing in officer’s faces, gun to gun.

The authors postulate that the BPP was successful not just because it tapped into the rage and resentment that Black people understandably had against the police, but because it was formed during the time the majority of Americans had turned against American police action in Vietnam, which meant the party had many allies in white leftist communities – allies who did not want to be drafted. The BPP also was powerful, the authors state, because the United States had yet to normalize relations with much of the Third World, which gave the Marxist-nationalist Panthers significant political leverage with nations such as China and Algeria. When the draft was over and international relations normalized, the party fizzled out.

Almost 50 years since the BPP was founded in Oakland, Calif., in 1966, the original Black Panthers are grayer. The organization even has regular reunions, like high school and college graduating classes. But the same issues still remain, bubbling under the surface, waiting for someone unpopular to expose them, publicly and powerfully. Enter Dorner.

Christopher Dorner may be accused of murder, but that does not make him wrong about the nature of police in California, a history anyone from a city teenager to an aging Black Panther can recite.

“I know I will be vilified by the LAPD and the media. Unfortunately, this is a necessary evil that I do not enjoy but must partake and complete for substantial change to occur within the LAPD and reclaim my name,” Dorner wrote in his now-famous online manifesto. “The department has not changed since the Rampart and Rodney King days,” he added, referring to the 1997-1998 scandal in which approximately 70 L.A. police officers were found to engage in beatings, planting of evidence and other misconduct, and the 1991 L.A. police beating of Black motorist Rodney King, respectively. 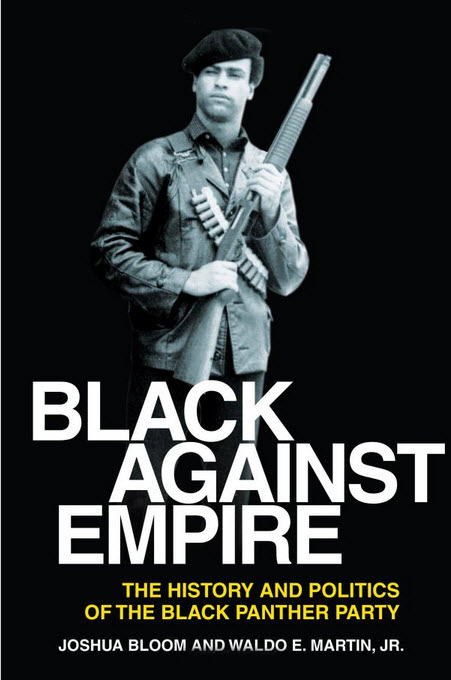 No one has to like Christopher Dorner or the Rev. Al Sharpton or imprisoned Philadelphia journalist Mumia Abu-Jamal, who was a BPP member as a teenager, to take their historic and current perspectives seriously. How easily Americans forget that Malcolm X, assassinated 48 years ago this month and now regulated to a U.S. postage stamp, cheered on Kenya’s violent Mau-Mau rebels, reminding an audience that they “weren’t status seekers” or “social climbers.” It was Malcolm X’s call for an American Mau-Mau that led to the formation of the Black Panther Party.

Christopher Dorner may be accused of murder, but that does not make him wrong about the nature of police in California, a history anyone from a city teenager to an aging Black Panther can recite.

“We don’t agree with Dorner’s tactics, but many of us sympathize with his allegations,” Najee Ali, executive director of Project Islamic HOPE in Los Angeles, told The Christian Science Monitor on Monday. “But we don’t think the LAPD can investigate itself and come up with a conclusion that will appease the Black community. We think the U.S. Justice Department needs to do it.”

As California advocacy journalist Davey D said Monday on Pacifica’s radio-television newsmagazine “Democracy Now!”: “[It’s] opened up old wounds or it’s reaffirmed what people have long suspected or have experienced in terms of brutality. I think what stands out for me and many of the people that I deal with is the fact that there are these troubling allegations. And those things need to be further investigated, irregardless [sic] of what we feel about Dorner, whether or not he’s a psychopath or any of the words that they want to put on him. I’m really curious as to whether or not these allegations that he has raised, where he names dates, times and places and names, whether or not they actually check out.”

Me too. Meanwhile, I hope the manhunt is successful and the authorities nab Dorner. He has to be tried and, if guilty, punished. He clearly needs psychiatric help. But he also needs to be heard.

Todd Steven Burroughs, Ph.D., is a lecturer in the Communication Studies Department at Morgan State University, a historically Black university in Baltimore. He is co-editor, along with his department colleague, Jared Ball, of the new book “A Lie of Reinvention: Correcting Manning Marable’s Malcolm X” and co-author, with Herb Boyd, of the book “Civil Rights: Yesterday and Today.” He is writing a journalistic biography of imprisoned journalist Mumia Abu-Jamal. He can be reached at toddpanther@gmail.com.