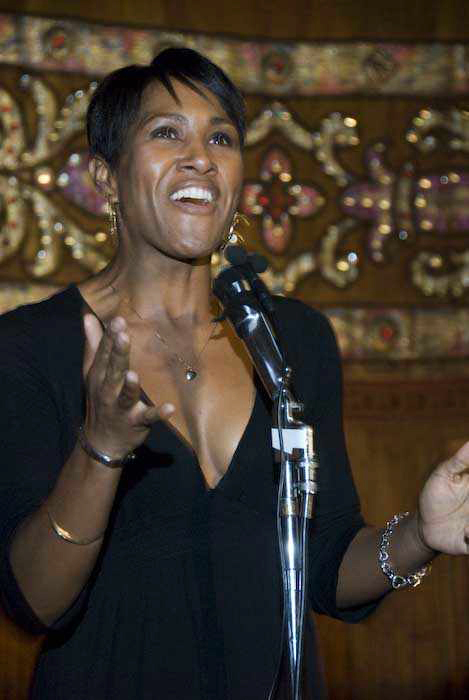 M.O.I. JR: Can you tell us a little a bit about the history of the Oakland International Film Fest?

David Roach: After the Roach Brothers – Mack, Paul and David Roach – screened the feature film “Sydney Byrd Private Eye” in other film festivals and hosted screenings locally in the Bay Area in pursuit of locating a distributor, I came up with the concept of starting an Oakland International Film Festival and co-founded the Oakland Film Society with Johnny Drake and Sharon Norwood in 1996.

The Oakland Film Society later partnered with The Film Life in New York to showcase films in the Bay Area that had previously screened in the American Black Film Festival. Black Cinema Cafe was a 12 city circuit of independent promoters of independent films curated by The Film Life to representatives from those 12 cities to host a quarterly screening of their films. The Black Cinema Cafe team in Oakland consisted of: Kwame Wade, Wayne Green, Paula Harrell, Johnny Drake and me.

After a couple of years of hosting Black Cinema Cafe in the Bay Area, 9/11 hit and so did the sponsors of Black Cinema Cafe. However, from the above experience and improvements in technology, the Oakland Film Society believed the film community in Oakland had grown to a level where it was time for the film festival “concept” to become a reality. The first Oakland International Film Festival was held in October of 2002 at the Grand Lake Theater.

M.O.I. JR: What is the point of a film fest for independent filmmakers?

David Roach: Most independent filmmakers put everything into making their films and have very little left to get people to see their film. Renting a theater and marketing to bring people to see it can be quite costly. A film festival gives filmmakers a free screening and added publicity to validate they have made a film worth seeing. Also during a film festival, filmmakers have a chance to meet other filmmakers and network. 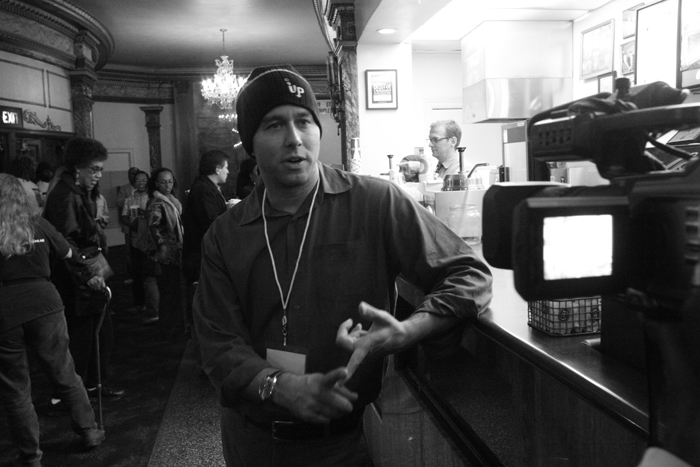 M.O.I. JR: What do you think about the success of the new Oscar Grant film “Fruitvale” at Sundance? How will that affect the Bay Area scene?

David Roach: I have yet to see the film “Fruitvale.” However, the film won a grand jury at the Sundance Film Festival, which is a major accomplishment. It was shot in Oakland. Unfortunately, it is based on the murder of an Oakland resident named Oscar Grant who was shot by a BART policeman on New Year’s day. We are hoping to screen the film in Oakland but since being picked up by a distributor there is no telling where it may go.

M.O.I. JR: Where will the Oakland International Film Fest be this year?

David Roach: The Oakland International Film Festival will be at various locations this year. Last year, we were at the Oakland Museum. The year before that at the Grand Lake Theater. This year we are hoping to be at all the above and the New Parkway and at various venues to host filmmaker panels, parties etc. It’s best to check back with us March 1 and visit oiff.org for our complete schedule.

M.O.I. JR: For people who have never been to the festival, can you tell us about some of the headliners from past film festivals? Who will be there this year?

David Roach: Last year, Sam Greenlee, author of “The Spook Who Sat by the Door,” joined us as well as Oyafunmike Ogunlano, the lead actress in the classic film directed by Haile Gerimo, “Sankofa.” Some known actors have turned producer to screen their film as well in OIFF. We have been honored to host Roger Guenveur Smith (who played Smiley in Spike Lee’s “Do the Right Thing”), Shabaka Henley (who played in “Ali,” “Miami Vice” and too many films to mention here), Jonas Rivera, the producer of “Up,” and Terri Vaughn, who co-produced a documentary called “Angels Can’t Help But Laugh” that we screened. She is best known as the secretary on The Steve Harvey Show. 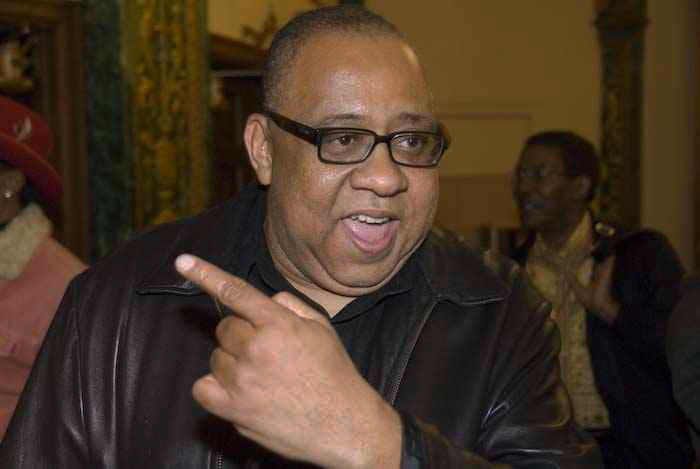 M.O.I. JR: What are other activities will be going on surrounding the film fest?

David Roach: This year, we are hosting several panels to share how to make independent films at various venues throughout Oakland. This year we are not waiting for the people to discover us inside the theater. We are taking the festival to the people by utilizing various venues, cafes, bars etc. to set up filmmaker panels. As I said earlier, visit our site on March the 1st and/or our official program that will outline the entire festival. This year, we are welcoming Darrien Gipson, president of SAG-INDIE to the Oakland International Film Festival.

M.O.I. JR: What is the deadline to turn in films to be considered? 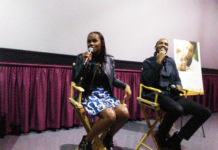 In ‘Southside with You,’ we meet Michelle and Barack on their first date