The revolution of militant Black theatre lost one of its giants last month on the 20th of February. John Henry Doyle passed into history.

Doyle’s art was forged in the political cauldron of San Francisco State during 1968 and 1969 when a coalition of the Black Students Union, the Third World Liberation Front and the American Federation of Teachers (AFT) union conducted a successful five-month-long strike. The strikers’ victory created the first college level ethnic studies department in the United States.

The tipping point for Doyle came when he was hired as the first – and only – Black instructor in State’s Drama Department. He submitted a request that he be allowed to direct Amiri Baraka’s “Dutchman” in the campus theatre.

Max Rafferty, the rightwing California superintendent of public instruction, threatened to ban Baraka’s play from school libraries and punish teachers who used it in their classrooms. The threat frightened the faculty of the Drama Department because around this same time, Gov. Ronald Reagan, Rafferty’s ideological twin, had ordered National Guard troops to suppress protesters at UC Berkeley. Students, teachers and bystanders were clubbed, gassed and shot.

Undeterred, Doyle met with Richard Reineccius of the Julian Theatre, where they began a collaboration which provided a theatre space for Doyle’s productions. “Dutchman” was performed to critical acclaim and box office success at the Potrero Hill Neighborhood House. Not long after, Doyle founded the Grassroots Experience Theatre Company, a Black-managed and Black-operated theatre with a mission to “accurately reflect the Black experience in its myriad forms.”

“A giant genius has left us down here on the ground,” Marvin X wrote in Black Bird Press. “John H. Doyle was a master theatre man who continued in the tradition of Black Arts West and the national Black Arts Movement.”

Doyle was an active participant in the Black Arts Movement and directed many plays by one of its leading lights, his comrade in arms, Ed Bullins. Many of Bullins’ plays came to stage life under Doyle’s talented direction, including productions of “The Taking of Miss Janie,” “Joanne,” “Daddy,” “Fabulous Miss Marie” and “The Duplex.” 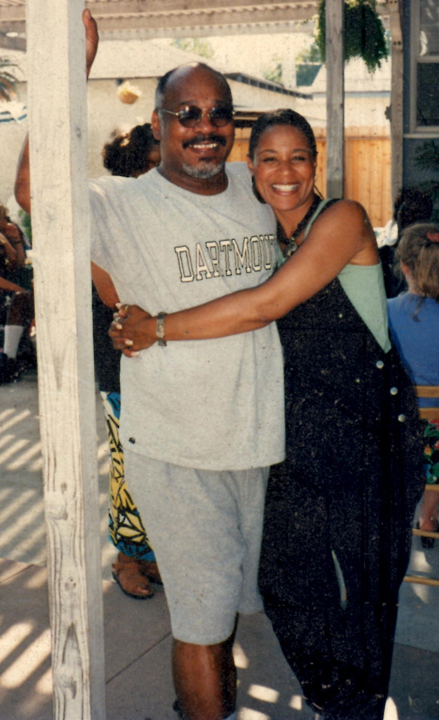 One night Bullins told John and the Grassroots cast, “You people do plays for the people’s people.”

Theatre was not an avocation for him; he lived and breathed theatre, particularly the theatre that informed and enlightened people and inspired them to action. Outside of the Grassroots Experience Theatre Company, Doyle was a cherished director at the Julian, Magic, Lorraine Hansberry, Black Repertory, Oakland Ensemble and American Conservatory theatres.

A dedicated teacher, Doyle taught theatre at City College of San Francisco, SF State and Laney College and conducted memorable workshops in multiple venues in the Bay Area. One of John’s students recently wrote, “He was a passionate and enthusiastic teacher who took his students seriously and we responded in kind.”

Last year I met with John to discuss funding for a staged reading of his adaptation of Howard Fast’s reconstruction novel, “Freedom Road.” Though gravely ill, he retained that unique John Doyle spirit of passion, joy and generosity mixed with his unquelled outrage at injustice. He was upset about the continued cutting of funding for drama programs in schools and cultural centers.

“Those programs are as important for students as math,” he fumed, “maybe more so. Theatre teaches you to read human psychology: You learn about lives, you learn how to re-assess yourself, you learn meaning and sub text. Math can’t do that.”

Ultimately, John’s body failed to keep up with his powerful spirit, and he passed in peace.

“A giant genius has left us down here on the ground,” Marvin X wrote in Black Bird Press. “John H. Doyle was a master theatre man who continued in the tradition of Black Arts West and the national Black Arts Movement.”

“He was a passionate and enthusiastic teacher who took his students seriously and we responded in kind.”

The legacy of John Henry Doyle lives every time a young Black actor dares to step onto a stage, every time a Black playwright struggles to find the right phrase in a dialogue, every time someone stands up to injustice and says, “That’s enough.”

A group of John’s coworkers and friends are sponsoring a memorial celebration of his life with a reading of “Freedom Road,” poetry and song on Sunday, April 7, 2-5 p.m., at the original site of his theatre, the Potrero Hill Neighborhood House, 953 DeHaro St., San Francisco. Adilah Barnes will emcee and read a statement from Danny Glover. All are invited. For information, call (415) 552-9964 or email gfisher@hemeonc.ucsf.edu. Admisson is free.

Don Santina , a San Francisco writer and cultural historian whose work has been published in Counterpunch and the Black Agenda Report, can be reached at lindey89@aol.com.