News & Views World News & Views ‘There is no turning back’: We salute a great freedom fighter –...
Facebook
Twitter
Email

by Gerald A. Perreira 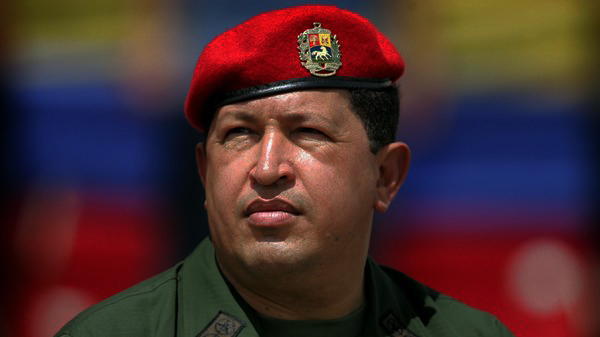 The Empire pursued him unrelentingly, in a constant attempt to undermine and destabilize his program for liberation. The U.S. imperialists and their allies never missed an opportunity to demonize this great freedom fighter, and he lived with constant threats to his own life and to the sovereignty of Venezuela.

The external pressure, combined with the huge undertaking of transforming a nation of almost 30 million people, meant that he was forced to put his personal life and health on the back burner. The terrible truth is that the vast majority of Venezuelans lacked all the basic necessities of life prior to his presidency, and rebuilding this country, which had been destroyed by more than two decades of neo-liberal policies, was an overwhelming task.

For those who are not familiar with Venezuela’s ethnic mix, the country has a large African population. Before the Bolivarian revolution, the two institutionalized political parties, Democratic Action and COPEI, ensured that Africans remained marginalized – second class citizens in every way.

Race is a very powerful dynamic in Venezuela and for that matter throughout the region. There is a racist dimension to the politics of the Castilian elites, who of course vehemently opposed Chavez’ plan to empower the masses and in particular Black Venezuelans.

The Castilian elites vehemently opposed Chavez’ plan to empower the masses and in particular Black Venezuelans. After 14 years of Hugo Chavez’ leadership I can assure you that Africans have come in from the cold.

After 14 years of Hugo Chavez’ leadership I can assure you that Africans have come in from the cold. This is a new Venezuela and an amazing accomplishment in a country with such a rabid bourgeoisie, who were so used to their own position of white privilege that they could not imagine life any other way.

So it was with sheer determination and a lifetime of struggle that this great champion of the oppressed, Comandante Hugo Chavez, led a revolution that provides us with a working example of what he termed “21st century socialism,” where people of all ethnicities have a place under the sun.

Following the collapse of the Eastern Bloc or what was referred to at the time as “actually existing socialism,” the World Mathaba hosted an international gathering in Tripoli – the aim being to examine the implications of this historical moment and the way forward. Revolutionaries from all over the world, including Venezuela, attended this gathering.

At that time, some of those in Europe and throughout the world who had promoted Soviet style communism and described themselves as Marxists-Leninists were disillusioned. They had lost direction and, as a result, some of them abandoned socialism altogether.

However, many saw the collapse as something to be expected, since we had witnessed the limitations of Soviet style communism. We had seen firsthand failed attempts to mechanically replicate Soviet style communism across the Global South. Furthermore, we rejected the idea that “socialism” was primarily a European product and somehow synonymous with European-Soviet expressions of socialism. We understood socialism as a universal principle that pre-dated Marxism and found expression in all cultures. 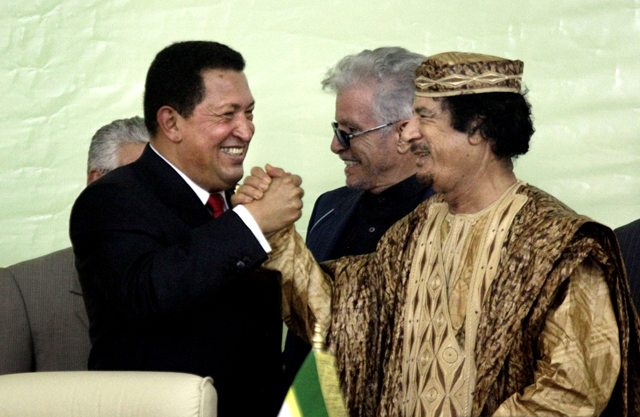 During the gathering, Muammar Qaddafi addressed a meeting of revolutionary organizations at his Bab al-Aziziya barracks, where he shared his thoughts. This address was later published in a booklet entitled “Muammar Qaddafi’s Address to Revolutionaries of Latin America.”

According to Qaddafi, what had collapsed in the Eastern Bloc was not socialism as we understood it but a form of “bureaucratic collectivism.” He went on to say that, outside of the Jamahiriya, he believed that the struggle for and implementation of the “new socialism,” which would truly lead to power, wealth and arms in the hands of the people, would occur in the coming years in South and Central America.

That was in 1990, nine years before Chavez’s electoral victory and the path-blazing journey he embarked on. It was a journey which laid the foundation for a regional movement of socialist oriented and anti-imperialist governments.

Like the socialism of the Jamahiriya, which was inspired by an Islamic theology of liberation, the socialism Chavez spoke of was grounded in the theology of liberation borne out of the extreme poverty and social deprivation in the barrios of South and Central America. Revolutionary theologians such as Gustavo Gutierrez, Juan Segundo and Jose Miranda proclaimed that the message of Jesus Christ was incompatible with neo-liberal capitalism and was in fact revolutionary and socialistic to its core.

In the words of Chavez, “Capitalism is the way of the devil and exploitation. If you really want to look at things through the eyes of Jesus Christ – who I think was the first socialist – only socialism can really create a genuine society.”

This was an idea close to the hearts of the people of Venezuela, but which earned Chavez the wrath of the establishment’s clergy.

Like Qaddafi, Chavez rejected the left/right dichotomy. Both saw it as meaningless and obsolete, since it failed to encapsulate their realities. Chavez himself said he was “neither left nor right” and made it clear that the PSUV, the party of the Bolivarian revolution, was not Marxist-Leninist.

In the words of Chavez, “Capitalism is the way of the devil and exploitation. If you really want to look at things through the eyes of Jesus Christ – who I think was the first socialist – only socialism can really create a genuine society.”

He acknowledged the great contribution made to socialist theory and practice by Marx, Lenin, Trotsky and Mao Tse-tung; however, he knew that if socialism was to be successfully implemented in Venezuela and throughout the Americas and the Caribbean, it had to be a socialism rooted in the experiences and traditions of the peoples of the Americas.

Drawing on the example of Jesus Christ and the legacy of Venezuela’s own revolutionary hero, Simon Bolivar, Chavez’s Bolivarian revolution resonated throughout the region, not least of all because it was homegrown. The indigenous character of all the programs and policies meant that they were implemented with tremendous success.

Venezuela, under Chavez, became a shining example of a viable alternative to the failed neo-liberal model, which has brought nothing but despair and devastation. The communitarian socialism of Evo Morales of Bolivia is in the same tradition – indigenous and homegrown.

In the words of one Venezuelan woman, who was weeping in the street upon hearing the news of Chavez’ death: “Chavez is alive! We are all Chavez.”

Hugo Chavez’s contributions to the region and the entire Global South are far too many to catalogue here. Perhaps one of the most important was his insistence that if socialism was to be built in the 21st century, it must be the people, the masses, organized at the base level in the “communal councils,” actively and consciously shaping their destiny, rather than being dictated to by a so-called revolutionary vanguard.

This was the very cornerstone of the Libyan Jamahiriya. Revolutionary committee members were facilitators, not a vanguard. Like the Libyan Jamahiriya, Chavez’ bottom up revolution gave the world an example of a rare and genuine transfer of power and wealth to the people.

Chavez was a great orator and thinker but, most importantly, a man who walked the talk. Putting the idea of people’s empowerment into practice, in just 14 years he took Venezuela from a neo-colony – a landscape of poverty stricken barrios, quite literally stretching as far as the eye could see – from a nation where the majority of the population lived in disgraceful conditions alongside a tiny minority of parasitical elites who enjoyed all of the benefits of Venezuela’s vast oil wealth to an example of a “people’s revolution.” The real international community salutes you, brother.

If socialism was to be built in the 21st century, it must be the people, the masses, organized at the base level in the “communal councils,” actively and consciously shaping their destiny, rather than being dictated to by a so-called revolutionary vanguard.

In the words of one Venezuelan woman, who was weeping in the street upon hearing the news of Chavez’ death: “Chavez is alive! We are all Chavez.”

The life and times of Hugo Chavez will continue to inspire all those who fight for a world free of racism and imperialism. Like his hero, Bolivar, Chavez will be forever etched into the world’s collective memory because he changed the world. Be assured that the great sacrifice he made has led to the kind of transformation from which, in his words, “there is no turning back.”

Gerald A. Perreira is international secretary of the Black Consciousness Movement Guyana (BCMG). He lived in Libya for many years, served in the Green March, an international battalion for the defense of the Libyan revolution, and was an executive member of the World Mathaba based in Tripoli. He can be reached at mojadi94@gmail.com.