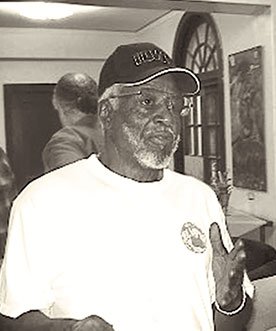 Leper loaded with loot off pearls of

Called the picket, who organized the

Action, I remember one speaker only:

Unionism; just cut to the chase, cornbread and

Soapbox, standing on shoulders of 1934 strikers –

Like a big fire engine red badge of honor …

I do recall how right speech, right on speech of

Stoked my gut and left me standing thirteen

Man, daydreaming of meeting and be mentored

By this Black militant workingman and learning

About labor at his feet, as he surely learned as a

Acting out my dream, I bought a Greek Fisherman’s cap –

It had to be the cap – the history, the analysis in the cap?

Through my work-a-day world like he walked through the 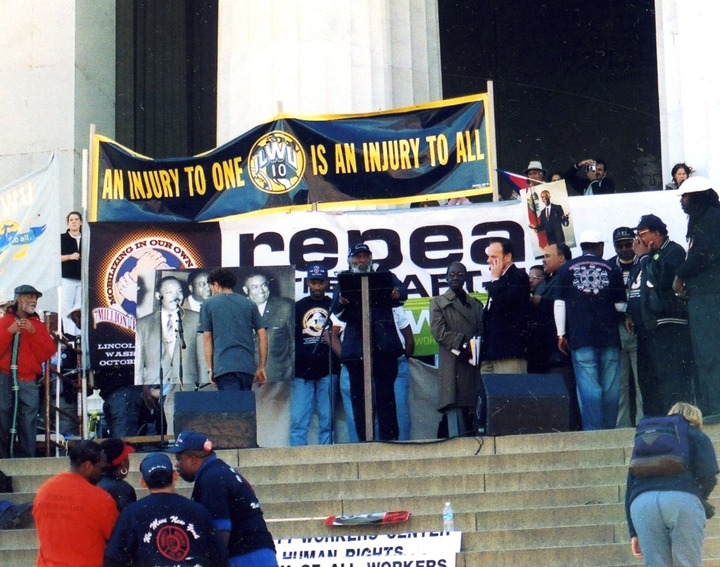 As Big Ben, or Old Faithful – eased his big white

Diesel pickup below the legendary marquee of

Time from his refuge in Raymond at the side

Of Ms Johnnie, his soul mate of many moons…

A fresh, young, historic thing calling itself the

Years, and firing up the ol’ working-class warrior

Demands as contagious and timely as the flu:

Demands the Dems, the tops, TUBs, AKA

But The Wrong Time, Brothers & Sisters …”

Sweetened with strings for dumping rank-and-file

Instead of taking the T-shirts sage advice and begin:

Mobilizing in our own name

This fresh, young, historic thing calling itself the

Million Workers March came with demands on the

Moving circles, understood by even Kindergartners –

Leo laughed at my crazy calls, punctuated with

Embellishments on my joke that Colin Powell,

Or Condi Rice, had contacted me asking that I

Ask Leo to call off the Million Workers March,

And Under-Secretary of Labor in Liberia would

Beneath the pickup’s tires signaled ends of our

Tables to their locked position, seat backs to upright

Positions – prepare to jam, for another hour, or more …

Breadth of knowledge, youthful curiosity and that wise

Warrior twinkle in his eye, when workers were getting it

On good somewhere, separated him from lords of capital,

Separated him from many rank-and-file revolutionaries,

Leo’s grit and guts made him different, lion among Tomcats! 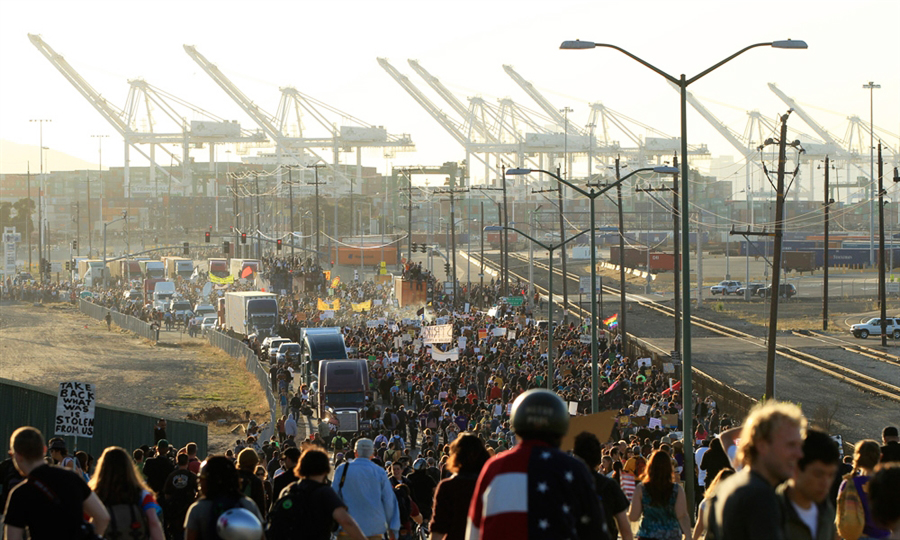 Welcomed the Occupy Movement as “new kid on the block,”

Seeing that Occupy’s short-lived, two months, puts us all

We’ve known Leo for a long, long time: those who know, know,

Long before any of us recall, Leo’s earlier lives were spent

He helped at Harper’s Ferry under Captain Brown’s command

Grieving, mourners, maybe we can bring ourselves to beg

Of every working-class home in the U.S., then clone a hundred

Thousand Leo Robinson rank-and-file leaders and ship them to

Every port, dock, waterfront in the U.S.?

Or her, own life to pull a fellow worker from water to safety,

Leo lives in every navy blue or ash T-shirt with brown, beige,

In every fiery speech during San Francisco strikes and

Port Of Oakland shutdowns, in fights for health care, cradle

To grave, in housing, library, post office and school struggles,

In good fights against fracking and in the Occupy Movement …

Dig deep in shallow pockets and weaponize their wallets

Leo lives wherever the “voiceless” are booming concrete

Stratagems in currency of courage and clarity,

Leo lives in London marches against war on Iran,

Wherever ranks are rising up against top-down

Partners who golf and vacation with the bosses,

Woodwork and hallways of the hiring hall he’s haunted

Leo lives in the Boycott Divestment and

Sanction movement, he lives, for there are 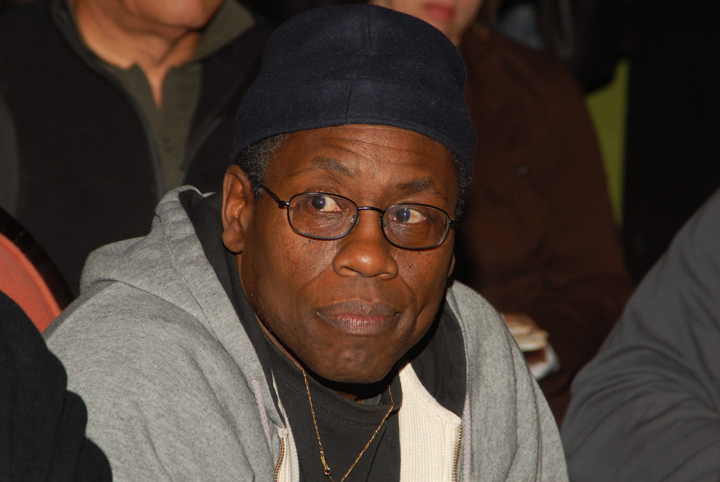 Other leper ships to be left unloaded …

Other fiery, militant speeches to be made,

Other younger men and women to mentor…

Raymond Nat Turner © 2013 All Rights Reserved – Raymond Nat Turner, one of the Bay Area’s best known and loved poets, left recently for the East Coast, but judging from this poem, he seems to have left his heart in San Francisco. He can be reached at upsurgejazz@gmail.com.