On an April Wednesday evening in the teen section of the Bayview branch of the San Francisco Public Library a group of about 25 people, mostly African Americans, sat listening attentively to a San Francisco Unified School District human resources recruiter. 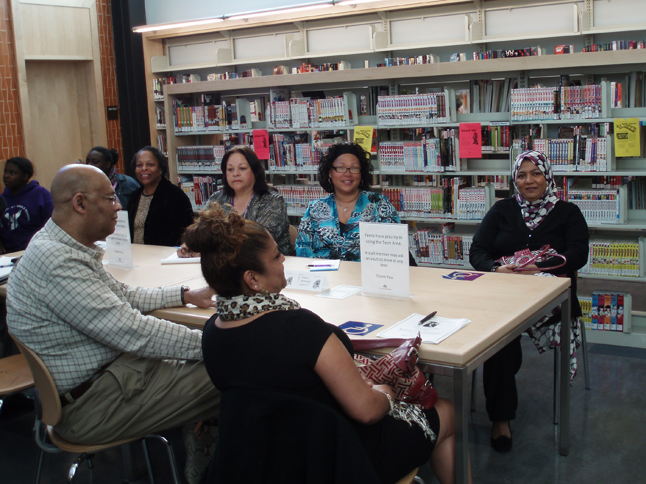 The recruiter, Amy Chacon, was giving a presentation on what it’s like to work for SFUSD – and hoping to attract substitute teachers for SFUSD “hard to staff” school positions.

“We are building initiatives to do outreach in the community so we can develop pipelines from within the community and from within our universities – to be able to build networks that assist applicants as they’re entering or considering working in education,” said Chacon, manager of Diversity and Credential Initiatives for the San Francisco Unified School District Department of Human Resources.

The informational meeting was offered by Black Women Organized for Political Action as a connection to the SFUSD. Carol Belle-Thomas Moss, media specialist and instructor at City College of San Francisco and president of BWOPA’s San Francisco chapter, was instrumental in having the meeting.

BWOPA’s website, says its mission, “is to activate, motivate, promote, support and educate African American women about the political process, encourage involvement, and to affirm our commitment to, and solving of, those problems affecting the African American community.”

Belle-Thomas Moss was interested in how to attract more Black and Brown people into teaching for SFUSD.

“I think all students need to see [cultural diversity and cultural competence],” says Belle-Thomas Moss. “We can’t say we’re doing a good job if Asian students only see Asian teachers or Black students never see a Black teacher in the classroom or as principal.

“There are a lot of things that we take for granted. Forty years after the Civil Rights generation is when they started integrating and [is when] we were qualified to teach in these schools, but if you have this mass exodus [of teachers of color] and you don’t replace that, then you’re back 40 years and you can literally turn back the clock on all the progress that was made.”

As a 30-year teaching veteran, Belle-Thomas Moss sees the necessity of recruitment. Many long-term teachers of color are beginning to retire in large numbers. 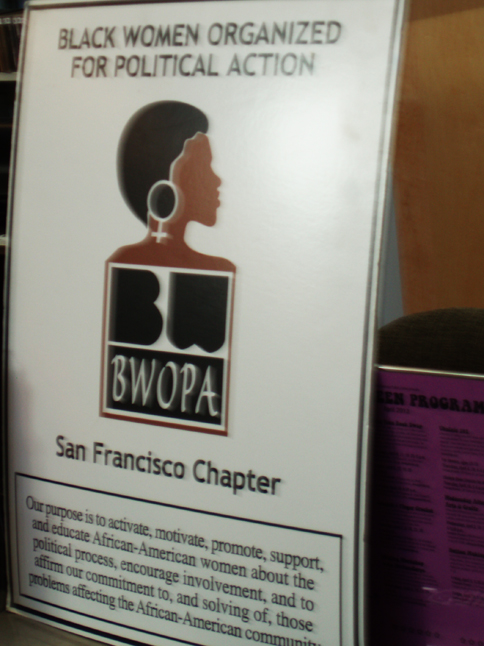 “We need more teachers of color. We especially need African American male teachers. It’s just so difficult to get that gender interested in teaching. It’s just so sad that teachers are not considered worthwhile. The pay is just ridiculous for what they do. I mean, they’re teaching our children and they’re with them a third of their day for a majority of the year.”

“We recognize that applicants and candidates have higher barriers to entry, for various reasons,” said Chacon. “We want to identify what those are and work to build up support networks. For instance, when we think about the Bayview, there are a lot of members of the community in the Bayview who would be interested in getting involved in our classrooms and we want to be able to provide those networks of support, outreach and contacts.”

Although women fill most teaching positions nationwide, the meeting did attract African American men of all ages interested in substitute teaching for SFUSD.

“At this point I’m open to grade level, but probably would go for the younger grade levels because I have grandchildren [that age],” said Calvin Bizzle, 63, retired training coordinator for the U.S. Postal Service.

Chacon’s purpose for being at the meeting was to put a face on the SFUSD human resources department for potential applicants so that they know they can get support.

“The presentation that I’m giving tonight is specifically geared toward certificated positions within SFUSD,” said Chacon.

Most of the hard-to-staff schools are within the Bayview, Mission and Excelsior neighborhoods, which also have a high population of students of color.

SFUSD’s mission states: “The mission of the San Francisco Unified School District is to provide each student with an equal opportunity to succeed by promoting intellectual growth, creativity, self-discipline, cultural and linguistic sensitivity, democratic responsibility, economic competence, and physical and mental health so that each student can achieve his or her maximum potential.”

According to Chacon, SFUSD is “absolutely dedicated to this. We are looking for educators that are committed to this mission statement. If this is something that resonates with [them], then San Francisco is definitely a good place for [them to teach].”

Most of the hard-to-staff schools are within the Bayview, Mission and Excelsior neighborhoods, which also have a high population of students of color.

Among the 54,000 students in SFUSD, 44 different languages are spoken and 88 percent of the students in the district are students of color.

Javieree PruittHill, 26, native San Franciscan and program manager for Kid’s Turn, a local “nonprofit organization providing a comprehensive and proven program for children and family members who are affected by familial separation,” attended the meeting.

“Being a product of the San Francisco Unified School District, I understand its detriments and I understand its potential,” says PruittHill. “In order to cultivate [SFUSD’s] potential and in order to cultivate the young people in our community and in San Francisco, we need to have premier educators and people who take interest in the education of the youngsters here.”

PruittHill desires to give back even more to his community, by working with high schoolers in SFUSD – an age group that usually intimidates new teachers – especially in predominantly minority communities.

“I’m old enough where I have wisdom and a little bit more experience, but I’m not too old where I can’t relate and I won’t understand. So I know what they’re going through.”

Sheila Jones, a Chicago transplant who previously worked as a Head Start paraeducator, has been unemployed for three years due to traveling with her husband, who is a minister. The couple has been in San Francisco for the past year and a half. She realized she needed certification to work as a paraeducator in California and attended the meeting to see how to get started.

“I would love to do [Head Start] because I love the little children, but I’ll be looking for the elementary also, and middle school.”

Jones feels that she most definitely will follow through and apply for a substitute position and plans to share the information with her husband, who has a bachelor’s degree in history and a master’s of divinity.

According to Chacon, what’s needed most is a desire by applicants in the community to teach. She says that SFUSD is a great place to start a career in education for many reasons. SFUSD offers mentors for new teachers and special stipends for teachers who work in hard-to-staff school positions. Teachers receive paid training during the summer and school year and have access to support staff.

April is an early hiring period for SFUSD. Chacon stressed that the district is seeking substitute teachers. To qualify as a potential substitute, applicants should have a bachelor’s degree and must pass the CBEST – California Basic Educational Skills Test.

For more information about SFUSD’s hiring process, contact Amy Chacon at (415) 241-6101 or chacona@sfusd.edu, or visit www.sfusd.edu.

Information about taking the CBEST can be found at www.cbest.nesinc.com.