There is so much at stake in tomorrow’s special election for president of Venezuela. It’s not just the revolution in Venezuela that’s at stake, but also the fate of the socialist and revolutionary movements currently flourishing throughout Latin America.

The Bolivarian Revolution is just that important.

A surprise upset by the candidate of the Venezuelan right would be a stunning blow to the left which would reverberate throughout Latin America. Conversely, and far more likely, a victory by the man who represents the political legacy of President Hugo Chavez will continue to drive the momentum of the Latin American left. 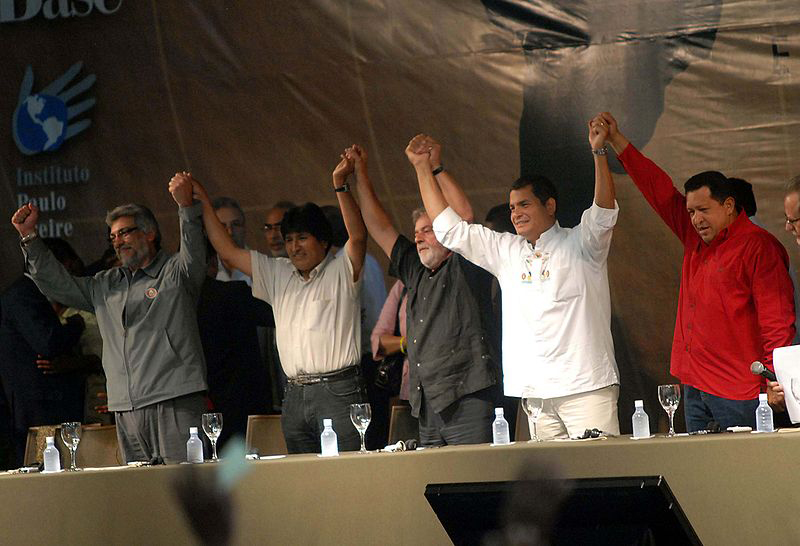 Why is Venezuela so important? Why does it lead the way?

There’s no getting around it: An awful lot of it is because of the tremendous oil wealth Venezuela has.

Oil is one commodity that the developed world cannot do without, that capitalists will pay dearly for; and the huge revenues the Venezuelan government derives from it form a large part of the funding for the projects and social benefits of the Bolivarian Revolution.

The oil wealth is the beginning of the story, but far from the end. The late President Chavez declared many times that the Bolivarian Revolution aspires to regional liberation, to unite Latin America and the Caribbean against the powers of corporate capitalism and the U.S. empire. To give birth to something new Chavez called “Socialism for the 21st Century,” not just for Venezuela, not just in the Americas, but for the world.

The words of President Chavez were matched by deeds. Many countries, first and foremost Cuba, received generous long-term deals for the purchase of Venezuelan oil on very favorable terms, even including some barter agreements. 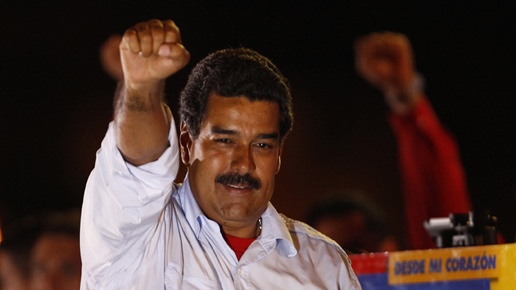 Venezuela led the formation of a new regional alliance spearheaded by leftist led governments called ALBA, The Bolivarian Alliance for the Peoples of Our America (Spanish: Alianza Bolivariana para los Pueblos de Nuestra América, or ALBA). Along with Venezuela, key member nations, Cuba, Bolivia and Ecuador, form the core of this regional block which has grown to include 10 nations.

In 2007, Venezuela was instrumental in the creation of UNASUR, the Union of South American Nations. In 2011, CELAC, the Community of Latin American and Caribbean States, was officially founded in Caracas. 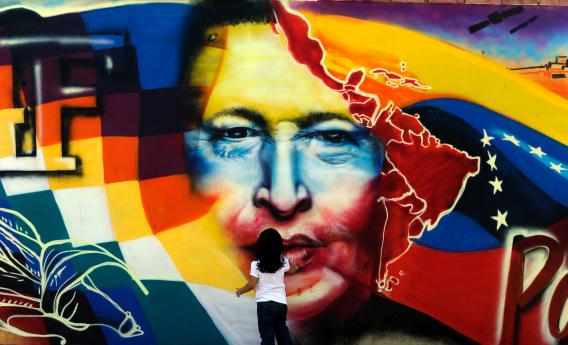 The good news is that the death of President Chavez has re-energized activists across Venezuela’s social movements and organizations. Chavez is now a martyr to the revolution. In death, he remains a powerful unifying force. A recent poll found 71 percent of prospective voters agreed that, following Chavez’s death, “now the most important thing is to continue President Chavez’s project.”

Nicholas Maduro, the acting president, who was vice president under President Chavez, and the man Chavez selected as his choice to succeed him, is running a strong campaign. Militants have rejuvenated the rank and file of the United Socialist Party of Venezuela (PSUV) and other revolutionary groups in support of continuing the Bolivarian Revolution.

Maduro is no Hugo Chavez, as the right-wing opposition candidate Enrique Capriles is fond of pointing out. True, Maduro doesn’t have Chavez’s charisma and, in fact, his personality is really quite different and reserved by comparison, but he does bring a lot to the table.

Maduro was a longtime and trusted member of Chavez’s inner circle. Before becoming vice president, Maduro spent years as foreign minister. In that position, Maduro made contacts with all kinds of international leaders and became an accomplished diplomat and statesman.

Nicholas Maduro is a second generation socialist. As a young man he tried his hand in music, singing protest songs. He turned to bus driving to make a living. Maduro eventually rose to become president of the bus drivers’ union. Then he joined Chavez’ political project.

While President Chavez was from the military, was provocative, passionate, entertaining and inspiring, Maduro is a civilian, a labor leader, a diplomat and a statesman, who speaks in serious tones. 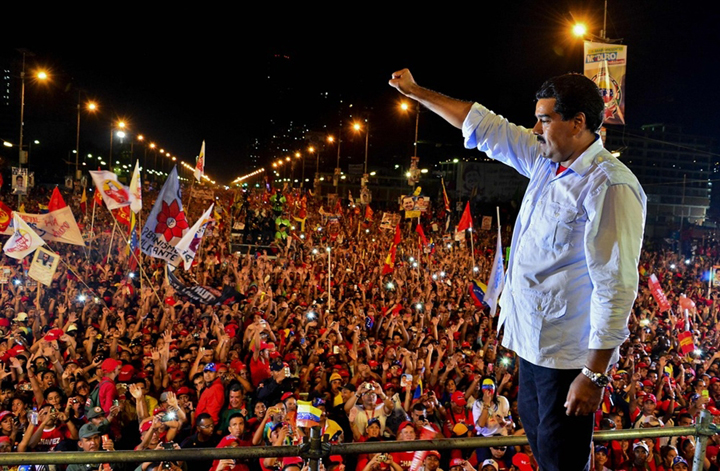 The right has put its money behind Enrique Capriles in the hopes of defeating Maduro. Because socialist ideas are so popular in Venezuela, the Venezuelan oligarchy and its backers can’t openly campaign for their real corporate capitalist neo-liberal agenda.
Instead, the Venezuelan right hides behind candidates who claim to be moderate socialists. Such is the case with Capriles, who claims that he’ll continue programs for the poor while governing in a more moderate socialist style he claims will resemble that of former President Lula of Brazil.

Unfortunately for Capriles’ campaign rhetoric, President Lula is still alive and has been actively campaigning in Venezuela for Maduro. Lula recorded a TV spot for Maduro in which he derided Capriles’ phony claims, proclaimed his strong friendship and solidarity with President Chavez and said, “Chavez’s great work was the transformation of Venezuela into a more just country … and I’m sure that Maduro as president will be capable of fulfilling the goals of Chavez.”

Nicholas Maduro is a man who chooses his words carefully. He has made clear that he understands that his challenge will be to live up to the legacy of President Hugo Chavez. Tomorrow, Venezuelan voters will almost certainly give him the opportunity.

Oakland-based activist and journalist Jonathan Nack, who has visited Venezuela twice and recently returned from Ecuador, can be reached at jnack@igc.org.