There are two film festivals in the Bay Area that are famous for presenting excellent work by Black filmmakers: the Oakland International Film Festival and the San Francisco Black Film Festival. Now that the OIFF is over, we are looking towards the future. In a few weeks, thousands of people will be trailing into theaters all over San Francisco to check out what the SF Black Film Fest has deemed some of the best Black indie films of the year. 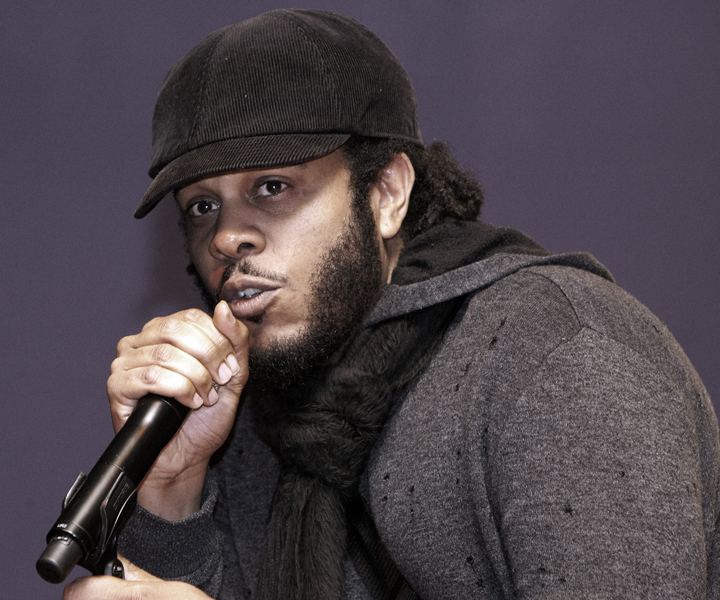 SF Black Film Fest director Kali O’Ray is the son of the SF Black Film Fest founder Ave Montague, who passed away a few years ago. Since inheriting the film fest, he has done a great job in keeping it relevant, especially to the young people in the area.

Last year’s festival featured the likes of the famous director and writer Robert Townsend, Hunter’s Point filmmaker Kevin Epps, Los Angeles based director Lela Nicole, legendary Bay Area rappers Mac Mall and Ray Luv, as well as fem-cee Ms. Be and her husband and cinematographer Kosh, who were presenters last year in the music video section of the festival. This year proves to be just as exciting if not more. Read the words of SF Black Film Fest Director Kali O’Ray.

M.O.I. JR: Can you tell us a little bit of history of how the SF Black Film Fest started? When?

Kali O’Ray: The San Francisco Black Film Festival was founded with the artistic vision to provide a platform for Black filmmakers, screenwriters and actors to present their art. As a competitive film festival, SFBFF identifies filmmakers, screenwriters and actors who are emerging as talents and established artists contributing to the cinematic legacy of African Americans.

SFBFF conscientiously expands the notions of “Black filmmaking” to a global perspective. Hence, film submissions are accepted worldwide from filmmakers and screenwriters who are of African descent or feature actors representing the African Diaspora. SFBFF is managed by a dedicated advisory board of 10 artists, business people, film industry figures and other professionals.

The SFBFF is a place to view films like no other. We do not specialize in films showing the standard stereotypes, the ones we are used to. We try to show positive and innovating films that you may or may not be able to view at regular screenings. We bring a positive light by selecting films which Hollywood might not ever bring to you.

There are so many films being produced – many you will never hear of, not because they are not good, but because the Hollywood market likes to put us in a box. This box is slowly being broken.

The San Francisco Black Film Festival was founded with the artistic vision to provide a platform for Black filmmakers, screenwriters and actors to present their art.

There is so much going on with Black media that most people are not aware of unless they are enthusiasts, filmmakers themselves or keeping up with the film festival scene. Since the camera and computer programs have become readily available or at least accessible to most, the media has taken off and we are catching up by leaps and bounds. Some make it to the theater, some make it to DVD and some you will get only one chance to see. Come and be a part of this festival or any festival you can attend!

M.O.I. JR: What flicks are you looking forward to this year?

Kali O’Ray: As we still have more than two weeks of films to be submitted and reviewed, it is hard to determine what we will be playing in the festival. We have so many films this year that the competition will be fierce, and the stories will be great. I am so proud of where filmmaking is going and what is being produced.

We have finally made it to the place where the independent filmmakers are almost on an even playing field and it is getting much easier, with the help of the DSLR and editing software, to make a film and get your story into a festival. If your film is good, you will then have the chance for distribution or, even better, a chance for a bigger budget to bring your vision to the masses.

It is time for us to take control of the images we want, to determine who we are as a people. No more are all the roles going to be menial and with no substance or just filling a stereotype on screen. The time will soon be here when we actually have a say in our portrayal on the big screen.

As filmmakers and writers start to fill these voids, I am looking to see a new type of representation and films by and about Black people. Our time is coming and the SFBFF plans on being the platform

M.O.I. JR: Why are film festivals important to filmmakers and film lovers alike?

Kali O’Ray: Film festivals are important because this gives the chance for a small, independent filmmaker or writer to have a platform for others to view their work in an atmosphere of like-minded people who want to explore and discuss their work. It offers even a greater gift to the movie goer who gets to see films which they would never see, had they not been a part of the film festival circuit.

This is a chance to network and find people to fill those holes you need on your project, a chance to find tips and tricks which can save you countless time during production. This is also a good way to get your finger on the pulse of the hottest topics in the African American community. I am blessed every year to see the films that do not make the final cut, so you better believe the ones that do have a lot to offer.

One of my favorite things about the festival is the sharing and dialogue after the films. The Q&A portion is something I adore because I, many times, have questions, comments and praise about most of the films, and I know the filmmakers love explaining their journey, trials and tribulations to bring this film for your viewing pleasure.

Many times we are talking about someone who has spent all of their personal money to bring you a film. It is worth that much to them that they would work and spend every penny they could spare to make a film for you to see. This could not be done about 10 years ago, but we are at a place where this is being done by so many, and the least we could do is be there to support the filmmakers because some will go on to be the greats and their stories are worth hearing.

Film festivals are important because this gives the chance for a small, independent filmmaker or writer to have a platform for others to view their work in an atmosphere of like-minded people who want to explore and discuss their work. It offers even a greater gift to the movie goer who gets to see films which they would never see, had they not been a part of the film festival circuit.

M.O.I. JR: What have some of the highlights been of the SF Black Film Fest over the years?

Kali O’Ray: There have been many highlights but some of my favorites are Spike Lee, Taraji P. Henson, Danny Glover, Samuel L Jackson, Billy D. Williams and Bill Duke. For some it may be others, but these are mine.

Another great highlight for me personally was last year’s reception with Robert Townsend. He is such a great, positive brother who shares the vision of the SF Black Film Festival. He is concerned with the portrayal and images of our people on screen and is a great mentor for anyone in the business. He is another brother who got his start from nothing! Credit cards and promises is what made his first film, and the rest is history.

M.O.I. JR: How do people stay in tune with what’s going on?

Kali O’Ray: The best way to keep up with what the SFBFF is doing is going to the website (www.sfbff.org), the newsletter (sign up at the upper right hand corner of the website) and Facebook. With these you will always know what we are up to and what films are coming down the pipe. We stay on top of film and you can do so with us.