After a year of defying court orders to alleviate the state’s prison crisis, Gov. Jerry Brown seems to have finally pushed the U.S. Court of Appeals for the 9th Circuit to its limit. In an April 11 ruling, having already “exercised exceptional restraint,” the exasperated federal judges declared the state “will not be allowed to continue to violate the requirements of the Constitution of the United States,” giving Brown until May 2 to develop a plan that will reduce the prison population by nearly 10,000 people by the end of the year.

Brown struck back, vowing to appeal the ruling to the U.S. Supreme Court “so we don’t have to let out those 10,000 people.” 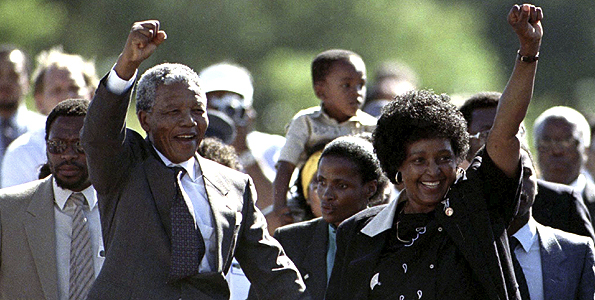 The implication that releasing “those people” will compromise public safety has no foundation in reality. According to the CDCR’s validated risk assessment, nearly 55,000 of the state’s inmates present a “low risk” of recidivism, the lowest risk category possible. Keeping low-risk inmates behind bars does not enhance public safety; in fact, doing so may endanger the public, as excessive prison terms hamper reentry, damage families, and weaken communities.

To meet the court’s mandate by the end of the year, Brown needs to begin releasing identified low-risk inmates now – a step both the federal and the U.S. Supreme Court agree “would be consistent with public safety.” Here are two ways Brown can safely, justly and dramatically reduce the prison population by the end of the year:

These reforms would result in an immediate and safe reduction in the prison population, and would even allow the state to bring back its 8,500 inmates housed in private out-of-state facilities. Brown’s long-term plan should also include sentencing reform, parole reform, tightening standards for Realignment, and extending good time credits to Third Strikers, who currently receive none (thus bringing most low-risk Third Strikers up for parole).

The governor has complained that he cannot make changes in sentencing or good time credits without legislative approval – yet has “made no effort to seek the needed legislation,” the judges found. To achieve a prison system that enhances public safety and respects human dignity, he needs to begin that process now.

Lizzie Buchen is a member of the Center on Juvenile and Criminal Justice (CJCJ) policy team. She holds a master’s degree in neuroscience from UCSF and has worked in journalism and prisoner rehabilitation. This story previously appeared in the California Progress Report.

Bringing stop and frisk to SF?