The federal government is at it again! They have placed the legendary Black Panther leader, Assata Shakur, on the FBI’s Most Wanted Terrorist list. Yes, you read correctly: terrorist. Shakur has been living in political exile in Cuba since 1984 after her escape from the Clinton Correctional Facility for Women in 1979, where she served six years. 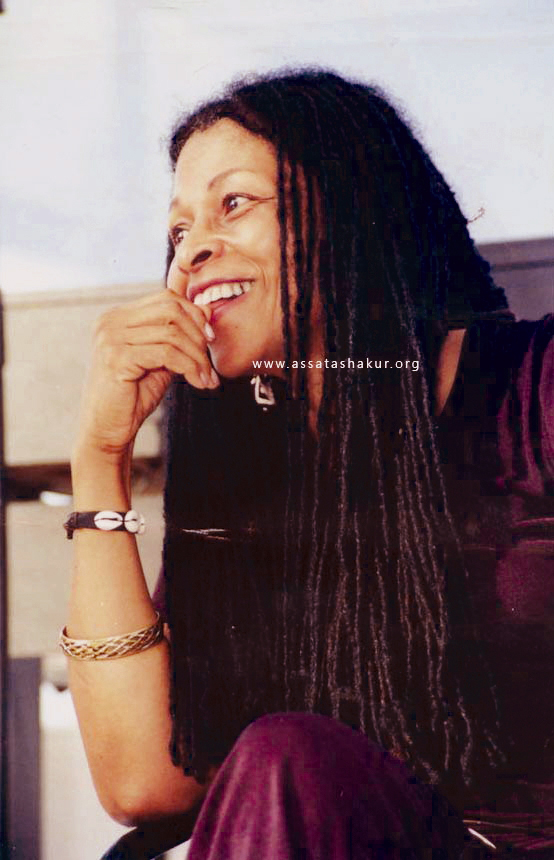 Shakur and other BPP members were pulled over in New Jersey by state troopers on May 2, 1973. She was shot twice during that incident but charged with the murder of a trooper. Shakur has maintained her innocence since the shoot-out. Her conviction of killing a New Jersey state trooper in a gunfight is believed by many in the Black community to be politically motivated and part of a greater campaign by the FBI to assassinate or discredit former Black Panther members and leaders by imprisoning them.

The FBI defines terrorism as “the unlawful use of force or violence against persons or property to intimidate or coerce a Government, the civilian population, or any segment thereof, in furtherance of political or social objectives.”

From either of these definitions, I don’t see how Assata Shakur fits into this category. She has been out of the country physically for decades. The FBI uses special agent Aaron Ford in the press conference as a puppet to garner support for the extradition and capture of Shakur. In his remarks he makes no mention of violence that she has promoted against the U.S. since living in Cuba. Furthermore, she is still an American citizen who is entitled to free speech. If she wants to challenge the government’s domestic policies, so be it.

The federal government is at it again! They have placed the legendary Black Panther leader, Assata Shakur, on the FBI’s Most Wanted Terrorist list. Yes, you read correctly: terrorist.

Black liberation messages promote the mental and physical liberation of Black people. In the FBI’s perspective, is anyone who promotes self-thought and the questioning of authority a terrorist? Well, perhaps just Black and Brown people!

What is the significance of this move? First, Shakur is the first woman to be placed on the FBI Most Wanted Terrorist list. Second, Cuba doesn’t have an extradition policy with the U.S. to remove American citizens back to America. Increasing the reward amount from $1 to $2 million, the FBI is baiting citizens and others to aid in the man-hunt.

“[The FBI] targeted anyone who supported the struggle for civil rights that they considered dangerous,” said Shakur’s long-time attorney, Lennox Hinds, in an interview on Democracy Now May 3, 2013. 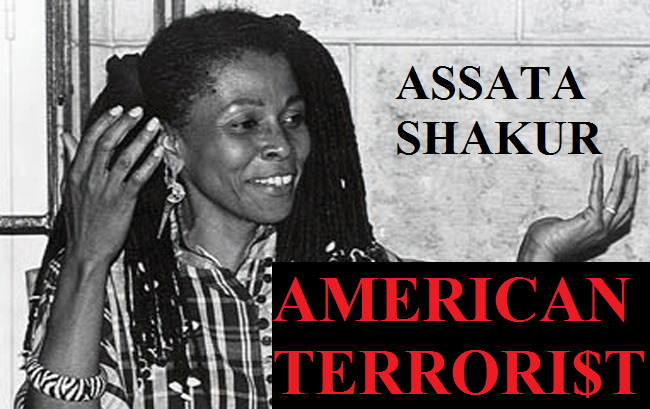 The FBI’s counterintelligence program, COINTELPRO, was started by J. Edgar Hoover in 1956. Its sole purpose in dealing with Black Nationalist groups, which they labeled “hate groups” was to “expose, disrupt, misdirect, discredit or otherwise neutralize the activities of black nationalists, hate-type organizations and groupings, their leadership, spokesmen, members, and supporters, and to counter their propensity for violence and civil disorder. The activities of all such groups of intelligence interest to this Bureau must be followed on a continuous basis so we will be in a position to promptly take advantage of all opportunities for counterintelligence and to inspire action in instances where circumstances warrant.”

It’s probably not coincidental that this placement on the FBI’s Most Wanted Terrorist lists came on the 40th anniversary of the shoot-out with New Jersey State Troopers.

The FBI is claiming Shakur is anti-government. Here we are in America with Republican Party members in Congress touting on a daily basis that we need less government control and interference. What is the difference? I’ll let you be the judge.

Black liberation messages promote the mental and physical liberation of Black people. In the FBI’s perspective, is anyone who promotes self-thought and the questioning of authority a terrorist? Well, perhaps just Black and Brown people!

FBI COINTELPRO archived documents further state that “consideration should be given to techniques to preclude violence-prone or rabble-rouser leaders of hate groups from spreading their philosophy publically or through mass communication media.”

Therefore it is safe to say, the FBI purposely made up propaganda against Black movements in order to instill fear into the public about the organization and to discredit the organization to the public and within its own ranks. This wasn’t just for the Black Panther Party; SNCC and SCLC were also closely watched along with many other organizations working for liberation and civil rights. 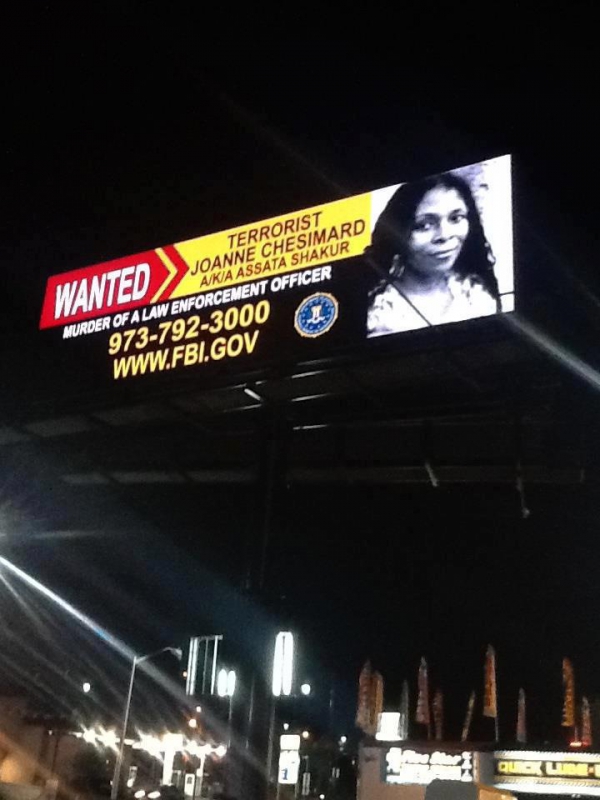 “Now, that is the forensic evidence. There is not one scintilla of evidence placing a gun in her hand. No arsenic residue was found on her clothing or on her hands. So, the allegation by the state police that she took an officer’s gun and shot him, executed him in cold blood, is not only false, but it is designed to inflame.”

Clearly the New Jersey State Police and the FBI feel that it is okay to change history and forensic evidence to fit their stories.

According to the FBI press release, “Chesimard and her accomplices opened fire on the troopers. One officer was wounded, and his partner – Trooper Foerster – was shot and killed at point-blank range.”

“Really, it seems to me that this act incorporates or reflects the very logic of terrorism,” said Angela Davis on Democracy Now. “I can’t help but think that it’s designed to frighten people who are involved in struggles today.”

Davis continued, “Well, see, there’s always this slippage between what should be protected free speech – that is to say, the advocacy of revolution, the advocacy of radical change – and what the FBI represents as terrorism. You know, certainly, Assata continues to advocate radical transformation of this country, as many of us do.”

All American citizens’ constitutional rights are in jeopardy if we believe and accept the FBI’s assertion that for speaking out about the U.S. government Assata Shakur is a terrorist.

“I am an ex-political prisoner, and I have been living in exile in Cuba since 1984,” writes Shakur on her website, www.assatashakur.org. “I have been a political activist most of my life, and although the U.S. government has done everything in its power to criminalize me, I am not a criminal, nor have I ever been one.”

All American citizens’ constitutional rights are in jeopardy if we believe and accept the FBI’s assertion that for speaking out about the U.S. government Assata Shakur is a terrorist.

“Eyes of the Rainbow,” directed by Gloria Rolando, is the classic film on the life of Assata Shakur. To comply with Assata’s wishes expressed below and to make this beautiful film easily available, we are posting it here in six parts.

“Like most poor people in the United States, I have no voice. The Black press and the progressive media, as well as Black civil rights organizations, have historically played an essential role in the struggle for social justice. We should continue and expand that tradition. We should create media outlets that help to educate our people and our children, and not annihilate their minds. I am only one woman. I own no TV stations or radio stations or newspapers. But I believe that people need to be educated as to what is going on and to understand the connection between the news media and the instruments of repression in America. All I have are my voice, my spirit and the will to tell the truth. But I sincerely ask those of you in the Black media, those of you in the progressive media and those of you who believe in truth and freedom to publish my story.” – Assata Shakur, www.assatashakur.org