Under a failed “good faith efforts” approach to connecting San Francisco residents with good-paying construction jobs, local workers made up an average of only 20 percent of hours on city-funded public works projects. 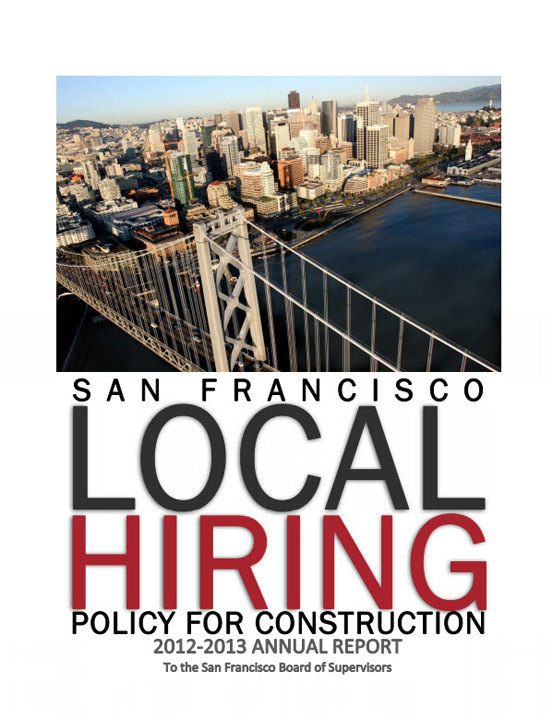 In the two years since the landmark mandatory local hiring law adopted by policy makers in December 2010 has been in effect, however, participation by San Francisco’s community workforce has jumped to just over 33 percent of job hours on covered projects, providing a much-needed boost for local workers as construction employment continues to recover from a record low. Increased local hiring meant an additional $5-$10 million in the hands of San Francisco’s working families that in turn support local businesses and strengthen the local economy.

According to a report issued by the City’s Office of Economic and Workforce Development, the San Francisco Local Hiring Policy for Construction covered 945,668 hours of public works construction, with 316,628 hours performed by San Francisco residents, for an average of 33.4 percent local hiring. Community apprentices performed 60 percent of total apprentice hours, signifying joint efforts between union apprenticeship programs, San Francisco’s CityBuild Academy, community-based organizations and contractors to build a strong local pipeline of skilled workers ready to embark on a career in construction.

The local hiring ordinance also resulted in increased race and gender diversity on covered projects, as the report demonstrates that African American, Asian or Pacific Islander, and female workers are virtually absent among the non-local workforce on covered projects over the past two years.

Construction projects continue to come in at or below engineer’s estimates, allaying concerns from a handful of local hiring skeptics who argued that guaranteeing jobs for San Franciscans on projects they fund with their tax dollars would increase construction costs. 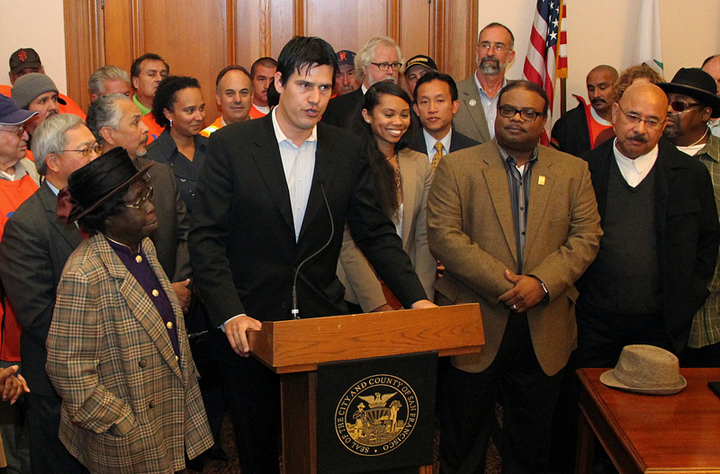 The policy has been so successful that the San Francisco Board of Education is currently considering replicating it on their own taxpayer-funded construction projects and coordinating public school efforts with the City’s workforce development system. Developers and contractors on important private projects such as the proposed Golden State Warriors waterfront arena have voluntarily opted to work with building trade unions and community groups to adopt the policy local hiring mandates for their own landmark project labor agreement.

In addition, community leaders and policy makers across the country look to San Francisco as an important model for guaranteeing jobs for local communities, one with proven results through a robust implementation strategy and detailed, inclusive outcomes monitoring.

Most of the 118 projects covered by the local hire ordinance are still underway, and over 1,000 local workers have had the chance to earn a living wage with benefits and retirement on their way to a meaningful career in construction. The San Francisco ordinance supports the regional workforce as well, as over 900 residents of neighboring Alameda County have worked on covered projects. Moreover, San Mateo County residents have particularly benefited from the San Francisco Airport project labor agreement, which includes both the local hiring policy and a memorandum of understanding that San Mateo residents are considered “local” on construction at the San Mateo-based airport.

Mayor Edwin Lee, who has made successful implementation of the groundbreaking local hiring law authored by Supervisor John Avalos a priority of his administration, has established a Construction Workforce Advisory Committee made up of community, labor, contractor and government representatives tasked to work with the city administrator and OEWD this year on policy recommendations that will lead to long term policy success. 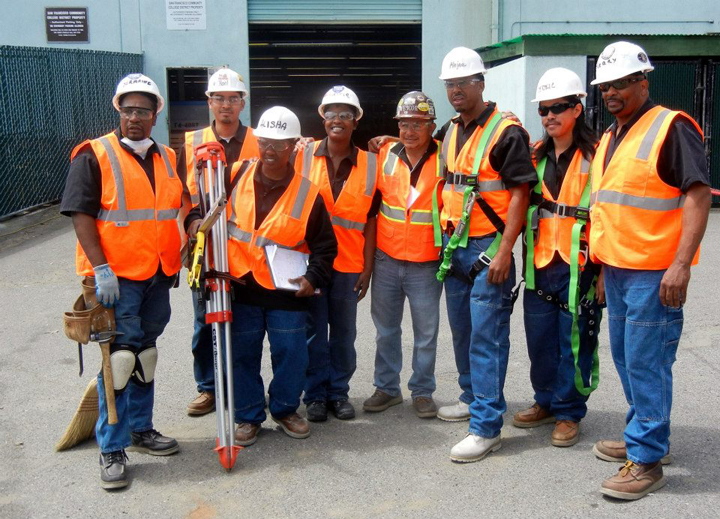 “Supporting the local economy and putting San Franciscans to work has been at the forefront of most of my major initiatives as mayor,” said Mayor Lee. “With the construction industry leading the way in the City’s economic growth and recovery, I am pleased that the Local Hiring Policy is providing employment opportunities for our residents.”

“The implementation of the Local Hiring Policy for Construction has provided economic and employment opportunities for San Francisco residents,” said Supervisor Avalos. “I look forward to continuing and expanding our partnerships to advance the program to provide good paying jobs to San Franciscans and maximize opportunities for local residents.”

Read the City’s report on the first two years of local hiring at http://www.workforcedevelopmentsf.org/aboutus/images/stories/AboutUs/WorkforceDivision/2012-2013%20local%20hiring%20report%20_year2_low%20res2.pdf.