After more than two years of a full-fledged Pentagon and NATO-led war against the North African state of Libya, the installed General National Congress regime is now requesting assistance from their neo-colonial masters. In a press release issued by NATO Secretary General Anders Fogh Rasmussen, the chief of this military alliance of the imperialist world indicated that the Western-backed government in Tripoli had requested assistance on security matters. 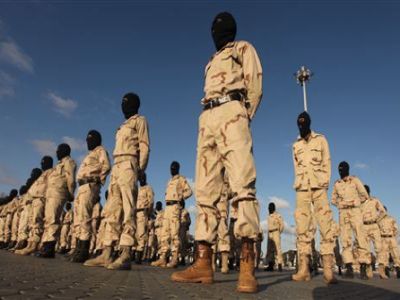 A team of so-called “experts” is expected to leave as soon as possible and report back to NATO by the end of June “so we can decide on the way ahead,” Mr. Fogh Rasmussen said. The NATO official also said that three principles would guide any help NATO provides.

According to the statement issued by NATO on June 4, these principles would “include strong Libyan ownership, providing advice in areas where NATO has an expertise, such as building security institutions. And thirdly let me stress this is not about deploying troops to Libya. If we are to engage in training activities, such activities could take place outside Libya,” said the secretary general.

These statements are taking place within the context of a worsening security situation both inside Libya and throughout North and West Africa. The security and social stability of Libya and both regions of Africa are a direct result of Pentagon and NATO military actions beginning in February and March of 2011.

During the course of the imperialist war against Libya, some 26,000 sorties were flown by the U.S., the NATO countries and their allies in the region and 9,600 airstrikes hit the oil-rich state. An arms embargo was imposed by the United Nations Security Council against the Libyan government under Qaddafi, but the Western trained and supported rebels were armed to carry out attacks against supporters of the Jamahiriya, civilians and patriotic forces.

In addition to the U.S. and NATO’s military actions against this country of approximately 7 million people, $US160 billion in Libyan-owned foreign assets were seized by Western banks. Concerted mob violence was leveled against dark-skinned Libyans and Africans from other parts of the continent.

The entire foreign policy and public affairs apparatus of the Western states and their surrogates were mobilized to demonize Libya and its leadership. Corporate media outlets parroted the false claims by the imperialist governments in order to sway public opinion in favor of the war of regime-change against Col. Muammar Qaddafi and his supporters inside the country and internationally.

Consequences of U.S. and NATO’s war against Libya

At present in Libya thousands of Africans and dozens of foreign nationals from Eastern Europe remain in detention by the GNC regime. Seif al-Islam, the son of the martyred former leader Col. Muammar Qaddafi, is imprisoned by a militia group which is, along with the GNC leaders, refusing to turn him over to the International Criminal Court (ICC).

The ICC played a role in the isolation of Libya during 2011 as well. The Hague prosecutors at the time claimed, alongside the imperialists, that human rights violations were carried out by the Jamahiriya under Qaddafi. Consequently, indictments and warrants were issued by the ICC against Qaddafi, Seif al-Islam and other leading patriotic Libyan officials. 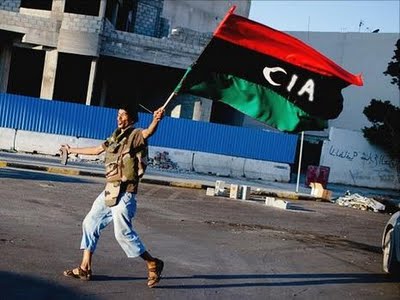 Today there is a battle taking place between the GNC regime – the ICC was instrumental in creating the conditions for its installation – and the Libyan rebels, who say that they are capable of providing Seif al-Islam with a so-called “fair trial.” Yet if the regime in Libya cannot provide an adequate security situation for ordinary citizens and regime officials, then how will they be able to carry out an impartial judicial proceeding for others who are victims of the current political crises.

The NATO leaders, the ICC, as well as select putative “human rights groups” have refrained from commenting and analyzing the disastrous consequences of the imperialist war against Libya. A manifestation of this denial is reflective of the current efforts to extradite Seif al-Islam to The Hague to stand trial within a court system, the ICC, which has been condemned by the African Union (AU) as biased against the leaders and peoples of the continent.

Perhaps the most outrageous statement in regard to the situation in Libya was made by NATO Secretary General Rasmussen when he audaciously said concerning the delegation being sent to the North African state to establish a training program, “I believe this would be a fitting way to continue our cooperation with Libya, after we successfully took action to protect the Libyan people two years ago.”

The situation of the people in Libya is more precarious than it has ever been since the period of colonial war of conquest carried out by Italy between 1911 and 1931 when hundreds of thousands of people were slaughtered by the imperialists and the fascists, who after 1923 were led by Benito Mussolini. Even after the country gained nominal independence under a monarchy in 1951, it would take the Sept. 1 Revolution of 1969 that was led by Col. Qaddafi and the Revolutionary Command Council to unify the state and set it upon a path of development and national reconstruction.

On June 8, militia members in Benghazi – which was the birthplace of the counter-revolution against the Jamahiriya in February 2011– massacred demonstrators who were demanding that armed groups terrorizing the population be either arrested or neutralized. There have been disputed reports over the number of people killed and wounded in this latest assault on the Libyan people, but it clearly demonstrates the degree of lawlessness prevailing inside the country.

An article published by the Associated Press reported: “Clashes between protesters and militias aligned with the military in Libya’s eastern city of Benghazi left 27 people killed and dozens wounded, a health official said Sunday. The violence broke out Saturday after protesters stormed a base belonging to Libya Shield, a grouping of militias with roots in the rebel groups that fought in the country’s 2011 civil war who are tasked with maintaining security.” 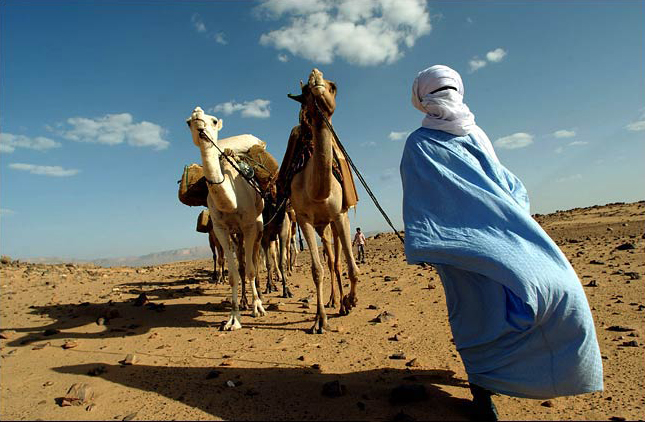 Inside Libya, the country’s militias have been attempting to partition the state into three regions in the East, West and South. In a recent law passed by the GNC legislature, former members of the Qaddafi government – even if they had turned against the Jamahiriya in favor of imperialism – were banned from public service.

Prior to the announcement by NATO that they would be sending a delegation to Libya, France – which is occupying Mali and spreading its war in West Africa into neighboring Niger – had called for military intervention into the south of Libya. France claims that Libya’s South, which has never been brought under the control of the rebel GNC, is the source of resistance to its military efforts in West Africa.

Developments in Libya and Mali indicate clearly that imperialist intervention in Africa and other geo-political regions of the world will only destabilize these areas and provide rationales for further military occupations. Despite efforts to contain and pacify the peoples of these regions, resistance will escalate and create even deeper crises within the industrialized states already suffering from escalating levels of unemployment, poverty, austerity and political repression.