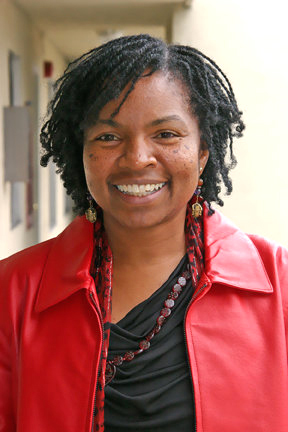 I could tell that the guard at my cell door was uptight about something, and when he slid the mail to me, I immediately noticed why: My Bay View had arrived (April 2013). Maybe he saw the front page: a salute to Hugo Chavez or perhaps the photo of Mama C and other New Afrikans – young and older – with fists clenched in the ultimate show of Black power and solidarity.

Whatever it was, this guard wasn’t too happy. But who cares? I’ve been dealing with his hostility, aggression and brutality for almost 13 years now. This moment was mine. I love my Bay Views. He walked away, and I smiled to myself at the thought of his anguish as I noticed several other Bay Views in his hand still waiting to be delivered down the tier. This must be the worst part of his job. Oh, well …

Sitting down to read, I quickly flipped to my favorite monthly column, “Wanda’s Picks.” As usual, it was dynamite. But it was different this time, and I had to sit back in contemplation in order to fully understand why. I read the article over and over – which isn’t unusual for me. Then it hit me: Wanda Sabir saved my life. Literally!

I’ll be 32 this year, and of my almost 13 years in prison, about eight of those have been spent in some of Pennsylvania’s worst control units, where misery, depression, anxiety and withdrawal from reality are commonplace. So when Wanda described a meditation session where she saw “a film about people who dive so deep into the water that they literally forget to breathe, their minds so full of moments too full to realize the danger,” I had to stop for a minute.

Then it hit me: Wanda Sabir saved my life. Literally! 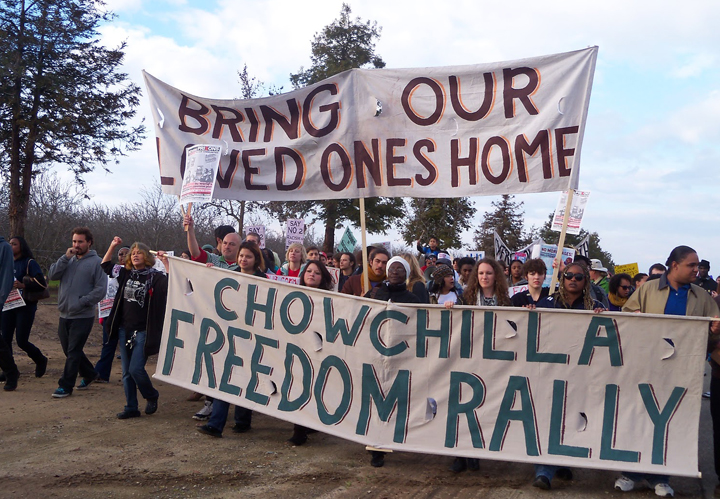 I’m just as “sane” as anybody else. And as a man, I prided myself in being strong, both physically and mentally. I never thought that any single situation or circumstance existed that would cause me to flee, give up or allow my spirit to be broken. Because men who allowed that to happen to them were weak.

It’s been a crazy ride. There’s something about the hole that gives you that feeling in the pit of your stomach. Anxiety, depression, weariness. Fear. Only the strong survive. And even then, some don’t.

Solitary confinement is torture. Period. A death sentence. I’ve been beaten with clubs and sticks, pepper sprayed, forced to sleep in ice cold cells without the “luxury” of even clothes or a mattress. The lights stay on 24/7. I’ve been starved, refused access to the law library and denied my mandated one hour per day exercise period in the yard for months at a time. I even believe that I’ve been drugged. 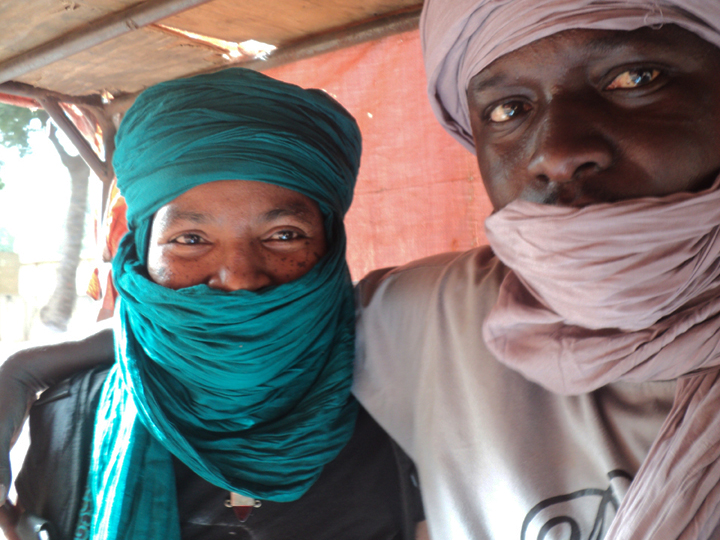 But none of that physical torture comes close to comparing with the various methods of psychological torture that the DOC (Department of Corrections) employs without discretion. And the policy-makers are well aware of this fact. It’s something that I too had to learn. In fact, the psychological torture became so difficult for me to deal with that before I knew it, I was subconsciously wishing that they would resort back to meting out the physical brutality. At least those wounds would heal in time.

Still, I was willing to do anything in my power to hold on, even if it meant creating a false reality. So I did. And it seemed to be working. Before long, I had completely withdrawn. I’d dream all day. I had created a new world. A world where I wasn’t in need. Where I wasn’t in pain. Where the hardships that came as a result of growing up poor in the inner-city and forced me to embrace a “kill or be killed” mentality towards my own people, resulting in my imprisonment and ultimately my pain, didn’t exist.

It was my refuge. I hated being “awake” because I was being consumed. I hadn’t seen, spoken to or heard from my family in years – partly due to my new hostile attitude and, finally, my withdrawal. I was coping as best I could with the recent deaths of my son and father, whose funerals the institution had refused to allow me to attend. My cries for attention were met with pepper spray and cell extractions – not ideal responses, but responses nonetheless.

After a while, I started noticing changes. I was sad all the time. I’d wake up with severe pain in my stomach. I was always worried about anything. I couldn’t get along with anybody – not even those who were closest to me. The light in my cell remained on for 24 hours per day, seven days out of the week. My eyes hurt so bad that I covered the light and lived in complete darkness, both figuratively and literally. I didn’t care about anything. It was all about survival. Others had taken notice.

I woke up one night and noticed a newspaper on my floor. Who it came from didn’t matter, because at that point, any stimuli were good stimuli.

It was a San Francisco Bay View. I ripped the cover off of my light.

I flipped through it at first, curious as to its contents. For some reason, one column caught my eye, and I stopped: “Wanda’s Picks.” I guess it was her picture. She had a warm smile, a genuine smile. Was she a friend? I can’t quite remember what journey Wanda had taken me on that fateful night, but for years now, my routine has remained the same when my Bay View arrives: Go directly to “Wanda’s Picks.” After reading her column, I’d read the rest of the paper from beginning to end. And I still do. 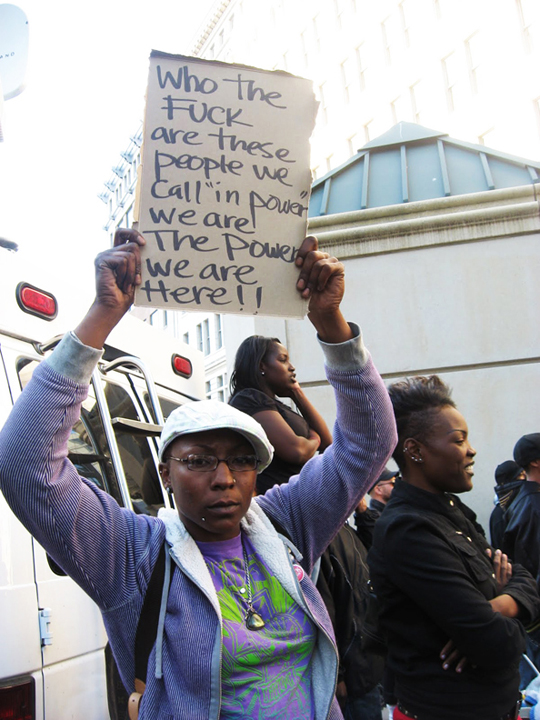 I asked around, trying to figure out who had smuggled the paper to my cell, and once I did, I expressed my gratitude – then I asked if he had any old issues 1 could read. In no time, I was in my cell, in solitary confinement, with over a year’s worth of Bay Views. And I started each one the same way: “Wanda’s Picks.” I don’t know how, but reading those articles made me feel better. They gave me motivation. A new world had been introduced. One better than the one I was forced to create in order to stay alive.

The world that Wanda had showed me was real. It was full of culture, and it made me proud. This world actually existed, and when she told her stories of exploration, I felt as if I was actually there. I felt like part of the family. I could see Wanda trekking through parts of Afrika. I could see Wanda at Occupy San Quentin, showing the imprisoned comrades that they are loved on the outside – a gesture that has continued to save numerous lives.

I loved her piece on the film “Beasts of a Southern Wild” and her review on the young upstart, Esperanza Spalding. 1 feel like the Bay View and Wanda Sabir are my family. It’s a feeling that I haven’t had in a long time, and I love it.

Being in solitary for an extended period of time magnifies your ability to sense certain changes. Consequently, I began to notice other changes. My depression was becoming less severe – though it was still very much a problem. My anxiety as well. I actually began to look forward to tomorrow.

I don’t know how, but reading those articles made me feel better. They gave me motivation. A new world had been introduced. One better than the one I was forced to create in order to stay alive.

And then it happened. My Bay View supplier had been transferred. I scrambled to place an order. In a month, I was back on – and have been since. The Bay View and Wanda Sabir have done so much for myself and other brothers and sisters on lock-down. The articles keep me focused. They keep me mindful of the fact that there are others going through the same things – if not worse – that I’ve been going through. I don’t doubt myself anymore. I’m not ashamed of what I’ve been through anymore. And it’s one of the reasons why I’ve become active against the prison industrial complex and oppression as a whole, particularly so-called “Amerikan-style democracy”! I know now about the struggle being waged by my comrades in California who have been standing up against their 10, 20, 30 years of solitary confinement torture! 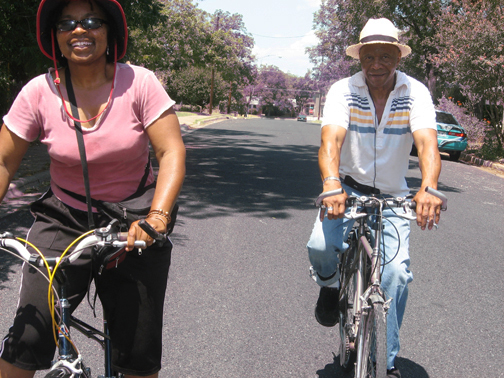 The impact of the San Francisco Bay View is immeasurable. I hadn’t fully realized that, until just now, as I read this month’s edition and thought about what REALLY got me through those tough times in solitary. I love the world that Wanda takes me to, because it exists outside of the typical realm of negativity that swamps the prison environment.

I’ve been on the “dark side,” 19 cents away from a certain death – the cost of a commissary razor. I know what it feels like to have no hope. Nothing to live for. I know for a fact that the Bay View and Wanda Sabir transform lives. That’s why my subscription is paid up – and I paid for a couple comrades who have been stuck in solitary for years.

I love the world that Wanda takes me to, because it exists outside of the typical realm of negativity that swamps the prison environment.

Flashbacks are a common occurrence for me now, and in my attempt to heal from the wounds suffered due to those years in isolation, I almost made the mistake of forgetting what helped me make it through. I still suffer the effects of those years. I still get anxious and depressed. The light still hurts my eyes. I hate being in crowds, fearful that my paranoia will one day put a life at risk. 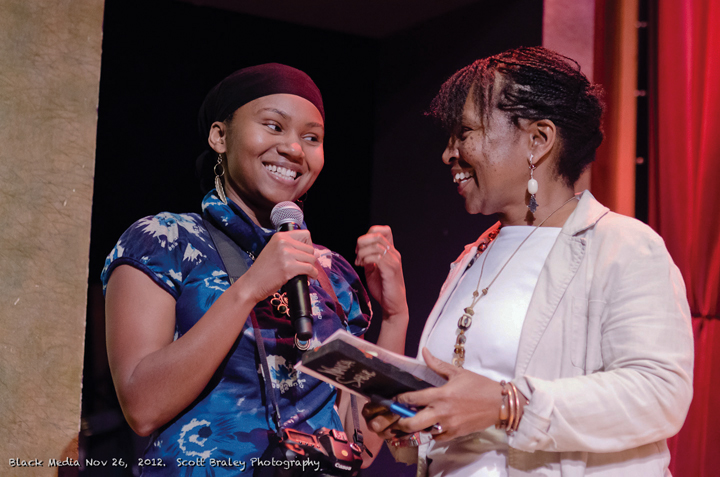 But regardless of what happens to me, my heart, soul and mind are with the thousands of women and men locked in isolation throughout Amerikan neo-slave plantations. I know the injustice of it all. Solitary confinement is part of the Amerikan criminal injustice system for one purpose: to break the hearts, souls and minds of the women, men and children who are its residents.

And while what happens in there is mostly bad, some good can come of it. I met some really good people back there. Russell “Maroon” Shoats, Mumia Abu Jamal, Robert Saleem Holbrook. But more importantly, I met Wanda Sabir and the Bay View.

I’m thankful to Wanda and the Bay View. We all are. The Bay View is a necessary tool for prisoners, and I urge anybody who has a subscription to get subscriptions for others who may not be able to get it for themselves. Because who knows, you just may be in a position to save a life too.